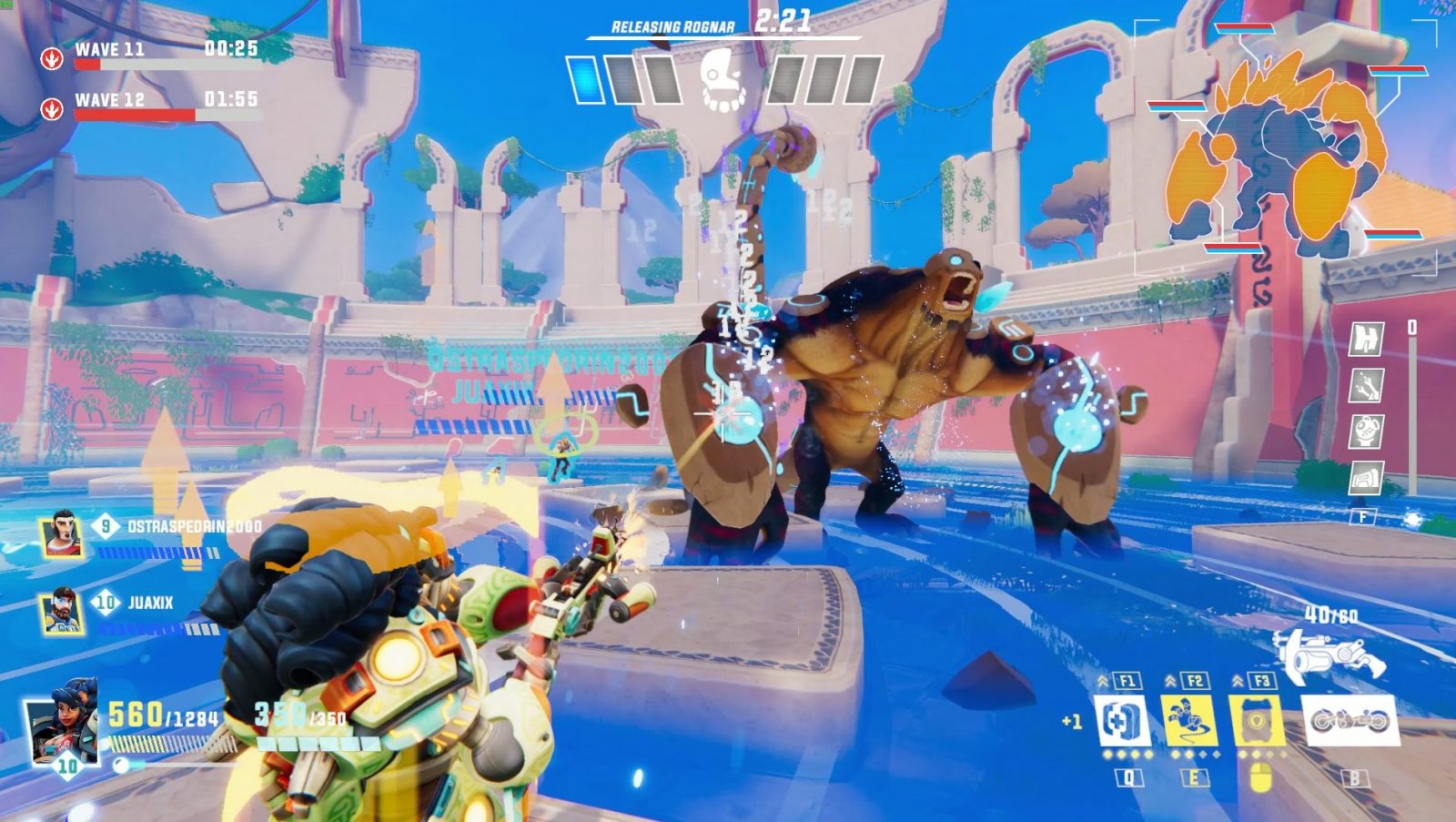 Where would we be without arena-based shooters? Games like Fortnite, PUBG, and Overwatch have stood the test of time and have grown to be mega hits. But Playstark believes there’s room for one more. One that takes the best features those aforementioned and brings a unique take on multiplayer arena shooters. How, by infusing their unique and dynamic designs and game mechanics into a multiplayer team-based shooter. This is Agents: Biohunters.

Built from the ground up as a third-person multiplayer game that pits you and your team against another team to see who gets the glory of taking on the massive creature that’s attacking the planet. Agents: Biohunters is Playstark’s attempt to use the mold that built the other great arena-based multiplayers games, but do it their way. I had the opportunity to jump into the closed beta and get my hands on this mashup of multiplayer mayhem. For the beta, the Quickplay 3 Vs 3 option was the only game mode available at the time, but there are more game modes such as Contracts, Season, and Competitive play forthcoming. Once the six players joined, I was able to choose an agent that looks and feels like they were built for an all-out assault. 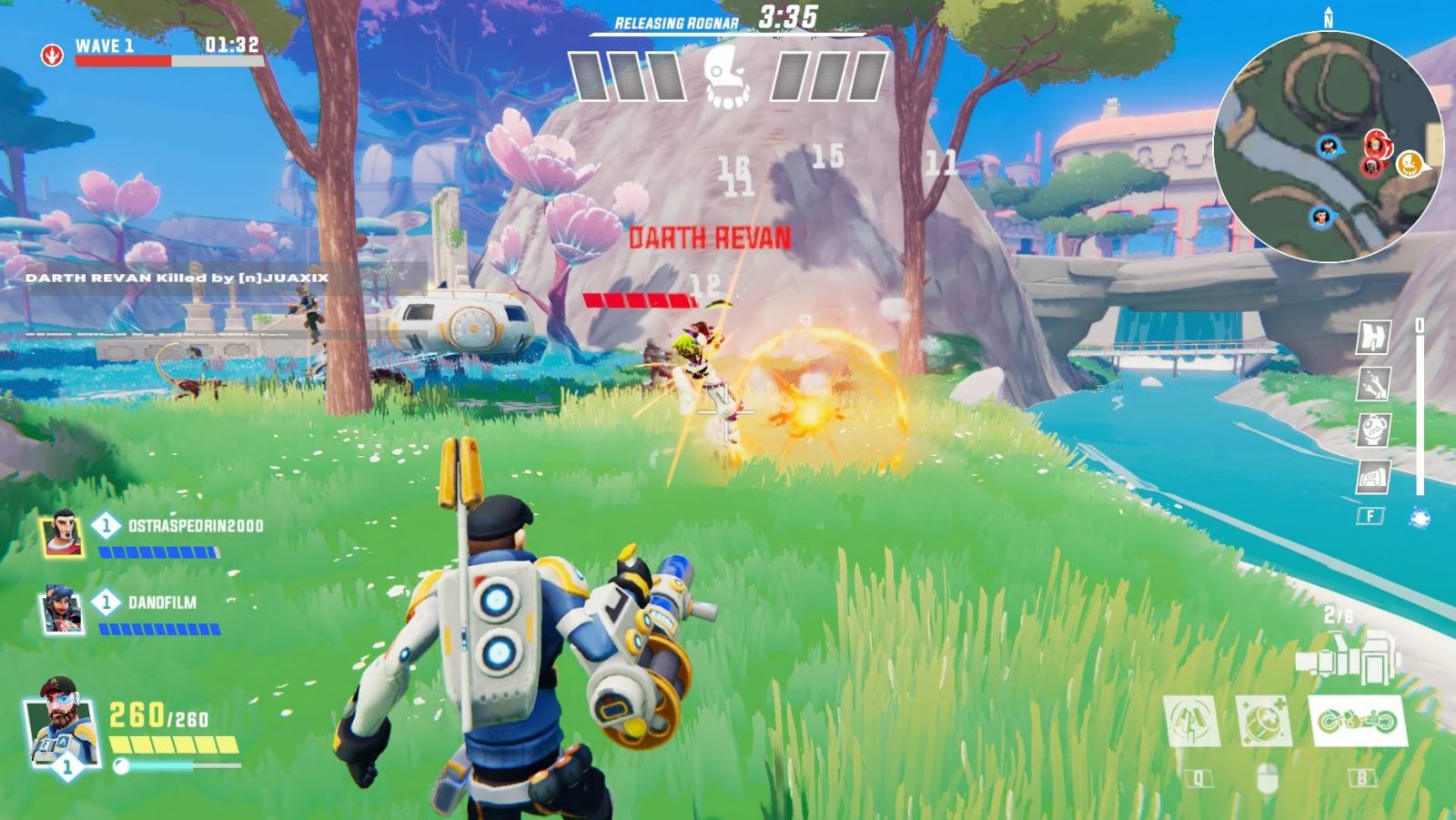 Currently, there are six total agents to choose from, all feeling unique and powerful. Each agent brings a unique style of offensive attacks and defensive abilities to a chaotic world. The agent’s abilities all fall under a class-based system and, as this is a team-based game, it’s important to have a well-rounded team: with tanks, support, defensive, and front-line specialist, Agents: Biohunters has got your play style covered.

For the first playthrough, I chose Witta – a bad girl in a magma-powered mech-suit that’s armed with a crossbow that scorches the earth with molten lava. Each team loads into their base on the map and is let loose to collect three-crystals to gain access to the gigantic creature. First to kill the creature wins. The map is massive and feels like traversing will be a chore, but this is where Agents: Biohunters sets itself apart from its competition. Each agent can conjure a motorcycle-type speedster that allows the player to cover massive amounts of terrain in a matter of seconds. It has a cooldown like many of your abilities, so use it wisely. Also, don’t just think you have to watch out for the opposing team. There are wild animals that will ambush you, leaving you to rely on your team and quick clicks of your left mouse-button if you want to fight another day. 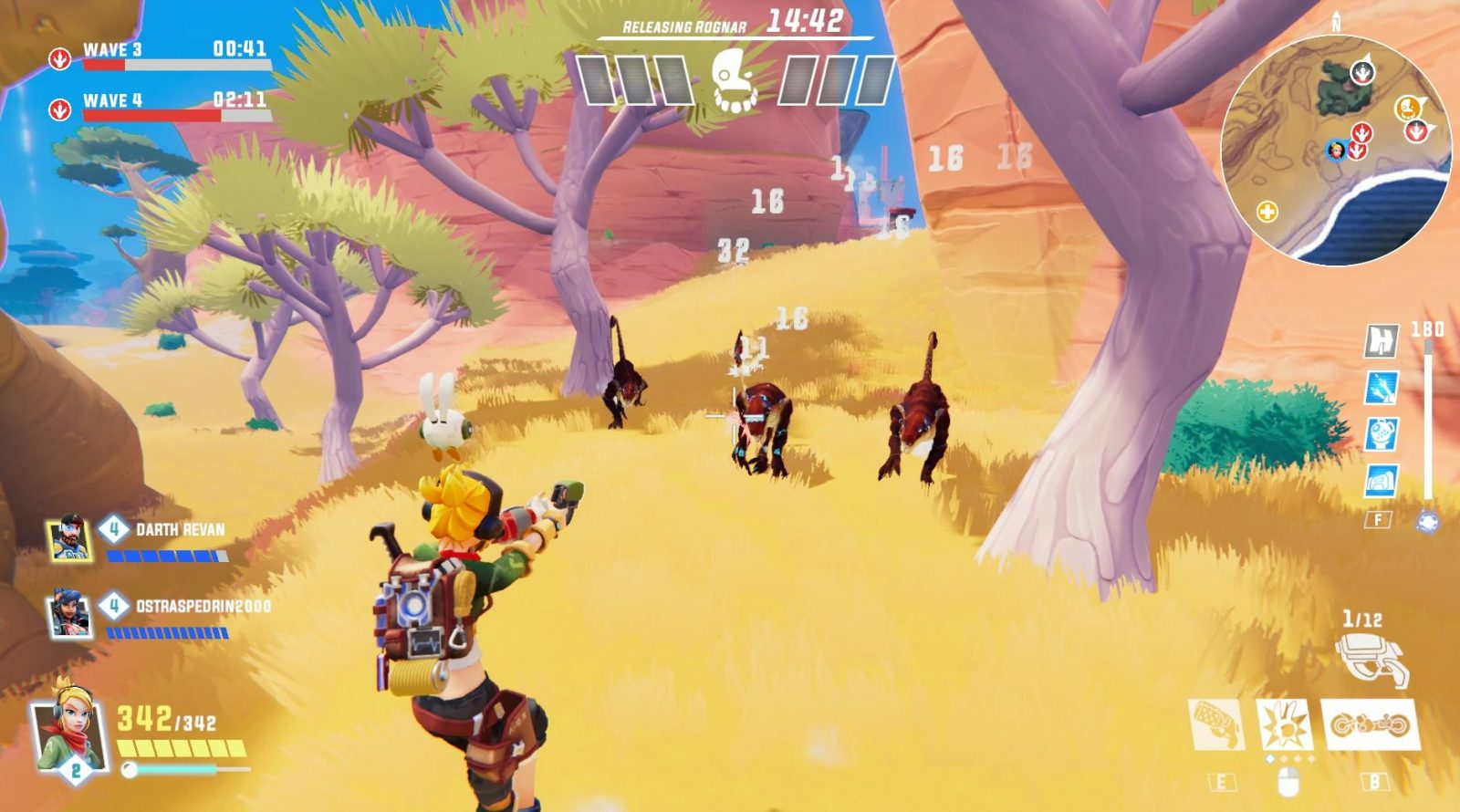 The levels are beautifully crafted and allow for easy traversal with your speedster, but it also offers places to hide and take cover if things get too hot. Once you’ve acquired the crystals, you gain access to an arena-styled area within the map to take on the beast that awaits to lay waste to your team. For me this is where the game feels more like Evolve, the team-based, catch and kill the monster game that was released in 2015.

The game is set to launch later this month. If you want to know more about the beta and the game, check out their Steam page. And for more up to date news, join their Discord channel for the most up to date information.