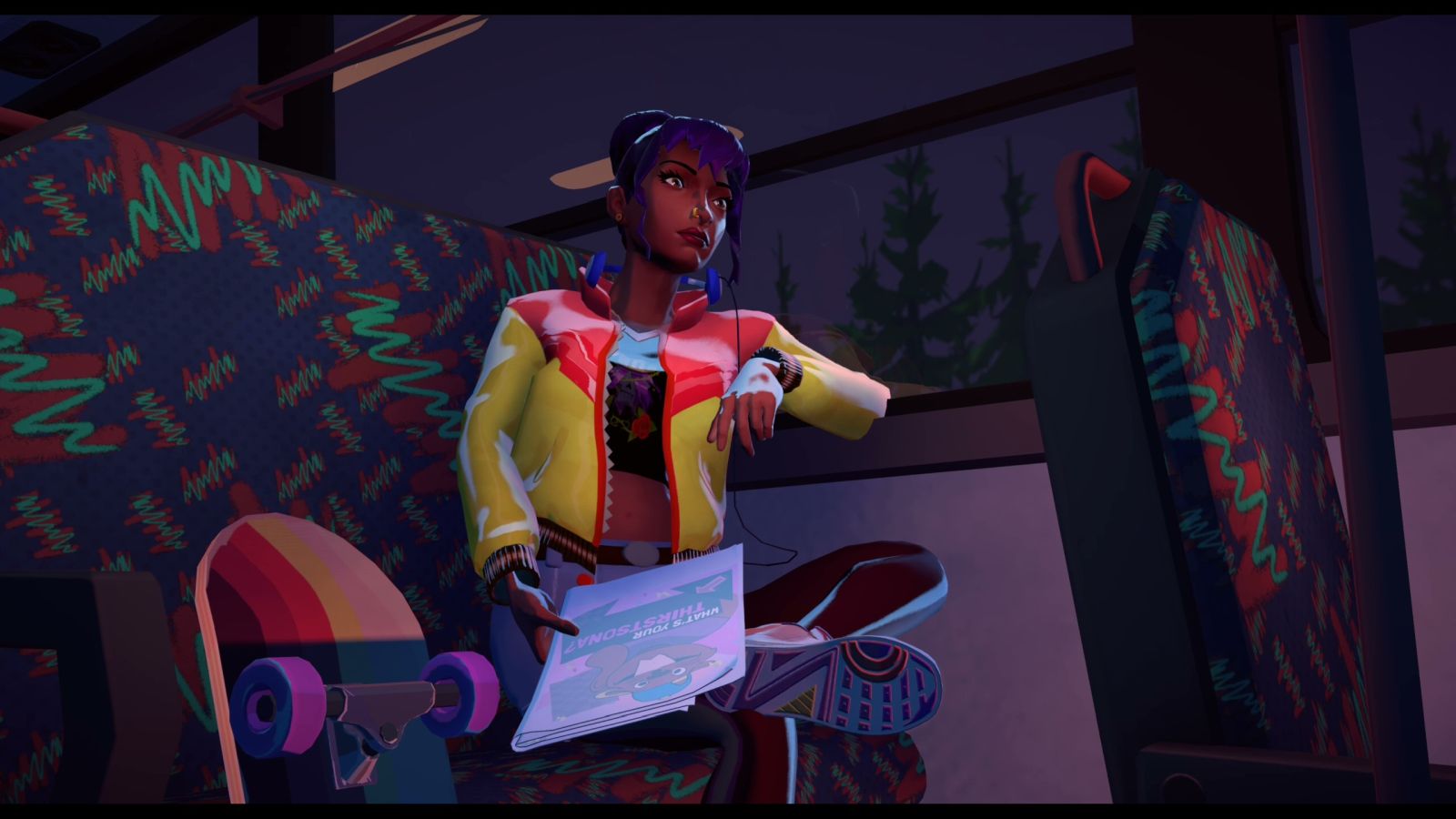 We’ve all had a crazy relationship or two (or three) where things just didn’t end all that well – I was broken up with via Facebook status once – but what would you do if you were forced to confront your exes? In Thirsty Suitors, our protagonist Jala must do just that. I hope you’re ready for the cringe and comedy in equal measure as I was given the opportunity to preview Thirsty Suitors and I’ve got loads to tell you. I’m going to be offering some details about the first roughly 25 minutes of gameplay, so if you’d prefer to go into it blind, skip down about 4 paragraphs.

We start this preview off with a little Thirstsona Quiz, a little personality quiz that asks a series of questions to determine our Thirst Persona. Remember, Thirsty Suitors is a game about past relationships that Jala has had, so hang tight. Questions range from first date impressions and early love confessions to other topics of romance. After each question, Jala launches into an inner monologue between herself and the many people inside her head, such as her parents, her sister but not really, and even an ex-girlfriend. She then hops onto her skateboard and jumps, grinds, wall runs, and ziplines over to the next checkpoint and the next question. At the end of the quiz, you are given a Thirstsona based on the answer you selected. I got The Star, which apparently means I want everyone to like me… 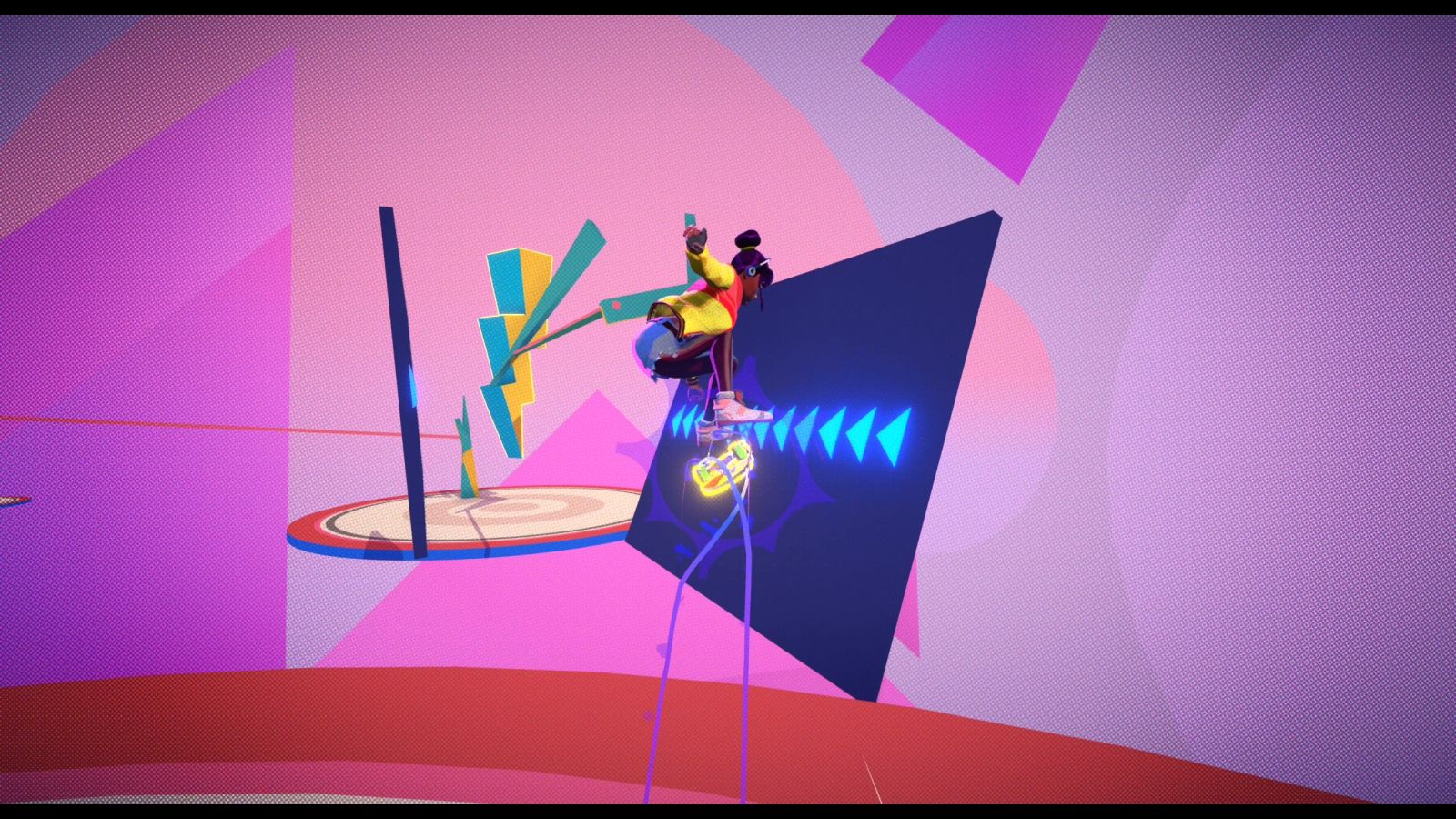 As of this writing, it is unclear what these Thirstsonas actually mean and how they may (or may not) have an effect on the game. Each Thirstsona, the other two we are introduced to being The Heartbreaker and The Bohemian, do come with a brief description, however no detail is given into any modifiers each would provide, if any, in terms of combat or skills. So, all I know right now is that I’m just “thirsty” for attention, which I honestly disagree with. I feel I am more aligned with The Heartbreaker, but quizzes don’t lie, right?

Once you’ve determined what your Thirstsona is, it’s time for Jala to return to her hometown of Timber Hills where she will have to confront six of her exes in a unique visual novel meets turn-based combat style gameplay. The first of these thirsty suitors is none other than Jala’s third-grade fling, Sergio, a rather flamboyant fellow with some serious daddy issues. You won’t have to go far to find the cringe in this game as Sergio is filled to the brim with it. Just ask his mama, she’ll tell you how much of a catch he is.

Eager to rekindle the romance he and Jala once had, Sergio literally hurls every flirt in the book Jala’s way, which she then has to counterattack with her own rebukes and less-than-heartfelt flirts. Each turn, you choose between a basic attack or using a taunt, skill, or item. Skills and Taunts both need Will Power (like using a Stamina or MP meter), which you get through normal attacks. A Taunt can be used to reveal your opponent’s weakness which can then be exploited by using a Skill to deal extra damage. After your turn, your ex, in this case Sergio, will try to win you over, weakening you by blowing you kisses. To defend yourself against these vicious attacks, a Paper Mario-esque quick time event pops up on screen where you have to hit a certain button at just the right time to reduce damage. Gameplay continues on like this over the course of multiple rounds, with things slowing down each time a QTE pops up which can be a bit annoying until eventually the battle is won. In this instance, Sergio and Jala agree to try to get to know one another, but still hold off on the romance. 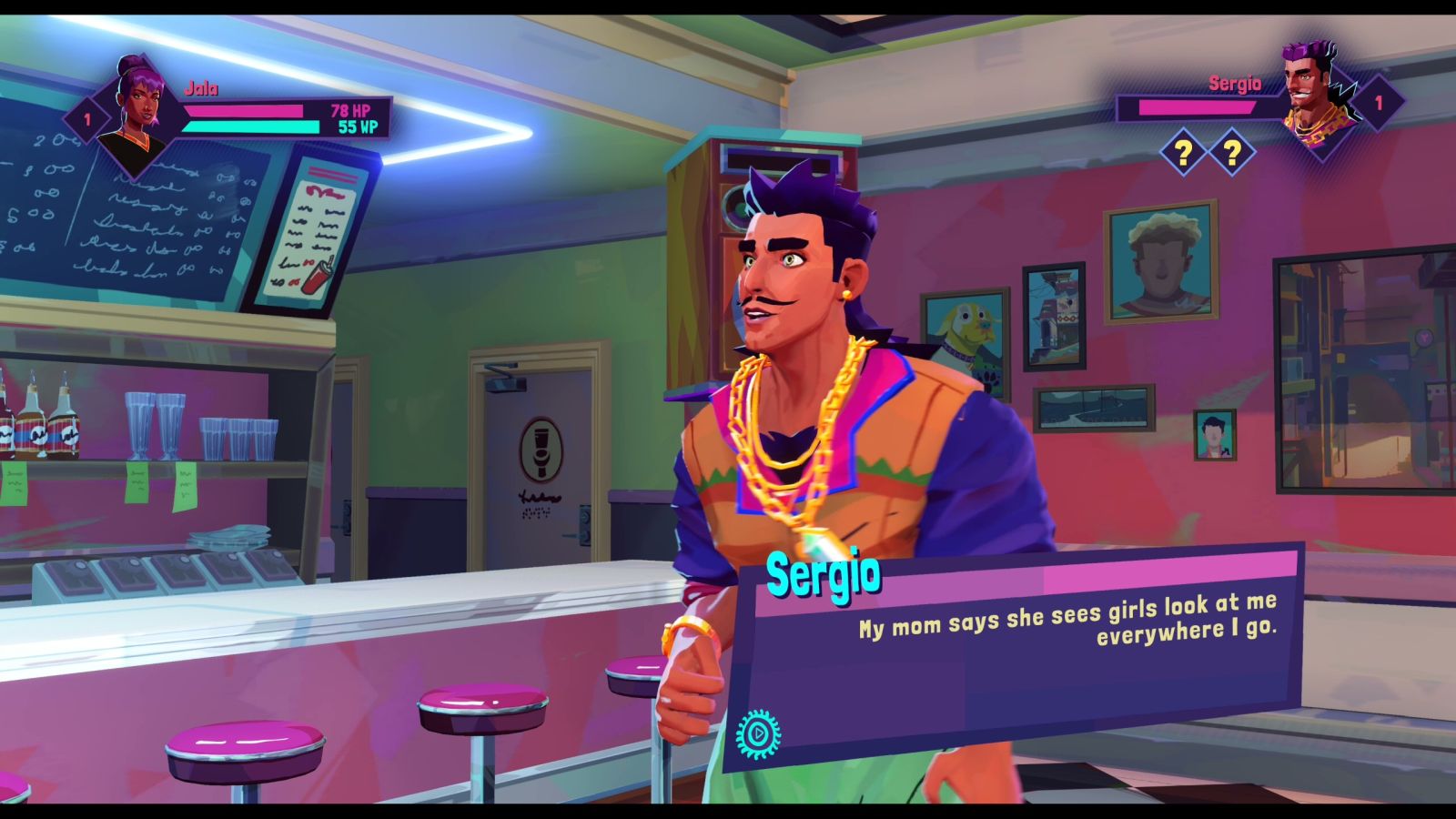 Thirsty Suitors looks to be tackling some pretty interesting and heavy topics, not only in love interests, but also in family matters, culture, and self-identity. A girl of South Asian descent, Jala must contend with her parents’ expectations for her in regards to her lovers, but also her choice in career and, overall, her life. Jala battles with this, constantly feeling like a disappointment to those around her. On top of that, Jala’s love interests are broad; she’s had girlfriends and boyfriends and other friends. To have to navigate that while also contending with the norms and customs of her culture? I can’t speak on this all too much myself, seeing as I am a straight Caucasian female, but what Thirsty Suitors does for representation versus what little other Western media has, I hope this will help those who may have similar struggles as Jala.

I can’t wait for the full release of Thirsty Suitors. While I’m not generally a fan of turn-based games, the dialogue between characters during these sequences keeps it interesting as you’re always seeing the effects of your actions immediately following your turn. The banter that goes back and forth makes it feel like it’s more than just an action sequence. Instead, you learn more and more about the characters, their feelings, and also what happened between them. Usually all that would take place before and after the battle. If you want to know more about Thirsty Suitors, make sure to check back again once we post our full review. Until then, stay thirst