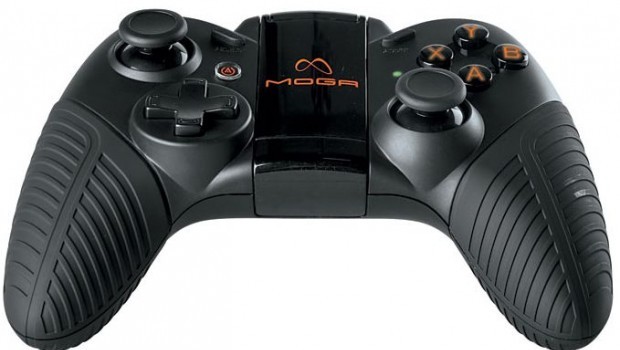 Mobile game controllers still have some ground to cover before they capture any sort of mainstream audience, as it stands I’ve only ever seen one person using a mobile controller in the wild. The biggest barrier to gaming on your phone, especially if you’re going to be using something akin to an Xbox 360 controller which is conducive to longer gaming sessions, is the battery drain. The next generation of MOGA controllers aims to scale that barrier like Superman over a New York skyscraper, and then some.

The next version of the MOGA controller will pack an 1800mAh battery which will actually charge your phone as you play games on it leaving your phone with an equal or greater charge than when you started. Additionally, you can use the controller as a standalone charger for your phone even if you aren’t playing any games on it.

Rumble will also be making its debut and I had a chance to experience it playing Riptide on a Galaxy S4 at E3. Utilizing Immersion Technology for its haptic feedback, the gentle rumble of the controller as I glided along waves on a jetski in Riptide was really cool and may prove to be a healthy advantage over traditional portable gaming systems like the PS Vita and Nintendo 3DS which lack the feature.

The most ambitious goal of the next-generation of MOGA controller is to essentially make your phone a console by allowing output to a TV or monitor with support for up to four players. The way this would work is one of the controllers would act as the hub system, interfacing with the TV and the other three controllers, allowing for four-player multiplayer gameplay. Cross-platform gaming will also be supported, so whether you’re on Android, Windows 8, or iOS, you can still play together.

The next generation of MOGA controllers is a promising one and with more and more software developers making console quality games for mobile devices the demand for these controllers is only going to rise. I, for one, am excited about the possibilities of literally carrying a console in my pocket.   You can see the whole lineup of the new Pro controllers below: 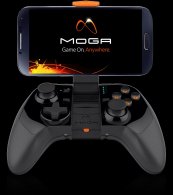 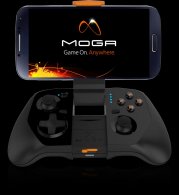 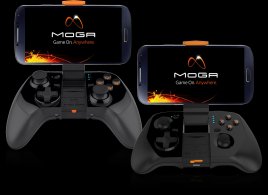