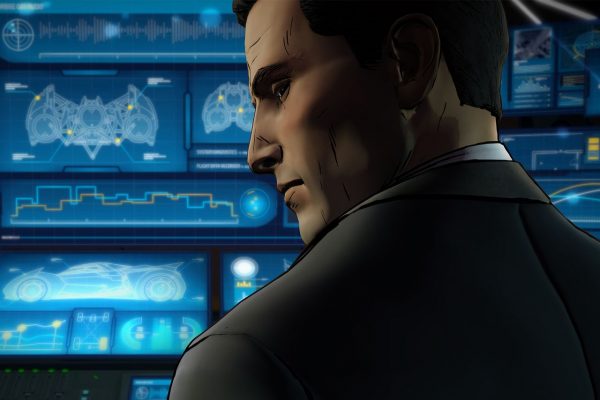 For years now, Telltale Games have been adapting numerous and beloved stories into playable narratives that fans and newcomers can enjoy. In many cases, these titles have added something new to the lore that made the original adventures exciting, even if the format of this process has left some players a little dissatisfied over the years.

The next adaptation in the works is Telltale’s Batman, which takes the tried and tired story of Batman’s origin and adds a new twist, showing the importance of not only the Dark Knight’s battles on Gotham’s streets, but also the role of Bruce Wayne as one of the city’s wealthy elite.

In the demo that we were shown, Batman is still a new figure in Gotham, and hasn’t yet earned the trust of its citizens. His urban legend is still taking shape, and many believe that for every three people he puts in the hospital, he puts one in the morgue.

Although the Dark Knight is trained and plenty capable of accomplishing his goals despite these considerable odds, it’s clear that a city that hates or distrusts him, crime free or no, will not be a better place. In order for Batman’s ultimate mission to be a success, he has to not only remove the bad, he has to reinforce the good– which brings us to the role of Bruce Wayne.

Seeing a Bruce Wayne whose still so reluctant to play his role as the care-free playboy in juxtaposition to Batman’s brooding intensity, was a little shocking, and refreshing. With so many of the standing interpretations of this character in film and video games consistently showing both of these personalities so fully realized, it’s cool to really experience a time when the divide between the two was much more narrow.

Although “Bruce” is the caped crusader’s real name, Batman is who he actually is, and in this title we see how that conflict weighs on the character in his early years. Bruce’s position in the spotlight is something that he detests but still has to do to keep suspicions regarding other activities at bay, and get information he needs. Hobnobbing with the same criminals and corrupt politicians that he’ll like be throwing through a window later that same day hasn’t become routine yet for this younger Bruce, and by taking control of this role in Telltale’s system we get a glimpse into what’s possibly going on through his mind.

The devs and reps at the Telltale booth were excited to let us know that this duplicity, which makes up much the caped crusader’s mind, is the entire focus for this game. The plan is for their to be a 50/50 split between your time as Batman and your time as Bruce Wayne, and that choosing to attack a situation in the guise of one or the other is as much a choice as what either of them will do in the moment.

This new approach to how we see Batman’s day to day accompanies an interesting mashup of Batman’s lore. Harvey Dent has yet to meet his tragic destiny as the villainous Two-Face, Selina Kyle and the Dark Knight are meeting for the first time, and Batman is still coming home from his missions bruised and battered a la Batman:Year One comics. This implies that we are still in a Gotham were super-villains have yet to come into power, and it is likely that Telltale will explore how the emergence of these new threats affect Batman in both sides of his life.

The look of this version of Batman, even in Telltale’s classic, pseudo-cartoonish, style, still echoes with versions of him made famous by Rocksteady’s Arkham series, the 1990’s animated adventures, and other iconic interpretations. This mash-up of Batman’s cultural legacy will make fans of various degrees all feel some sense of nostalgia despite this being yet another origin story.

After Rocksteady’s legendary feat of turning Batman video games into a force to be reckoned with, I am excited to see what it’s like to engage with the character in a largely non-action capacity. (Beyond just the occasional mini-game.) It’s also good to see comic characters having their humanity and day to day struggles explored just as much as their powers and elaborate talents. Despite being a genius and having countless assets at his fingertips, Batman/Bruce Wayne have always been written as personalities who see their lives as an endless work in progress. The Bruce Wayne we were introduced too here was a young man who found a calling that brings him a type of peace, but in order to protect that identity he must constantly throw himself back into his parents world, where he’s forced to relive the tragedy of their murder over and over again while humoring people who exploit and criticize its repercussions.

What Telltale is offering us is a chance to actually explore that conflict, which is largely treated as backdrop in most other Batman fare, and I for one am all in.

A full range of available platforms supported is yet to be announced at the time of this writing, but it will likely include PlayStation 4, Xbox One, PC, and mobile devices at times increments.