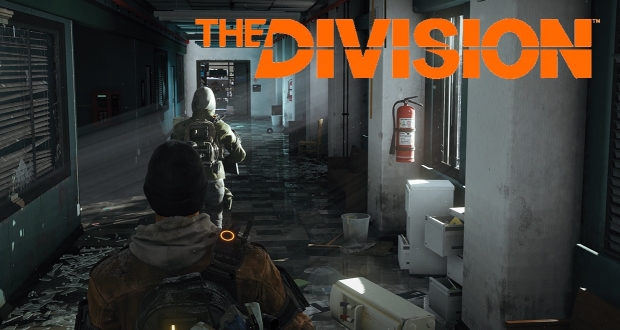 While games at E3 like Titanfall made us ooo and ahh with the futuristic cat-n-mouse, or or more accurately mech-n-pilot combat, for me the biggest surprise – and one of the few press events I gladly volunteered for – was Ubisoft’s newly announced Tom Clancy’s The Division. Check out a closer look at what Massive Entertainment has in store for us after the break.

The behind-closed doors event for The Division was a play-through of the video released during the Microsoft E3 presentation, so I’ve included it below. I’m not going to discuss much of the story, though the central theme is that players are elite operatives working to rebuild a collapsed society due to a deadly flu outbreak, and that the gameplay elements include both RPG elements and are on an online perpetual world. I strongly suggest you watch the gameplay video and then continue with my preview. It’s OK, I’ll wait.

The person we’re following (Nick) meets up with Bronson and fires up the global map to select their target. The UI was designed to not be intrusive – note the street names floating in the middle of intersections, the global map spawning around Nick for better perspective. As they move through the streets, they see a contagious person and comment was that they didn’t have any patches left to assist them. They carry on, and Megan eventually joins in, and they decide to meet up to liberate the local police station. One of the first significant things she states is that she tells her team what team skills she’s applied, in this case it’s team healing.

[singlepic id=14033 w=300 h=240 float=right]Nick switches over to a homing mine instead, and they scan and move to liberate the police station. Bronson sets up a tripod auto-turret, and falls back with a molotov landing right where he was standing. Megan applies her team heal skill and everyone gets a boost (notice the health bars on each character). As Nick uses police cars as cover, he manages to take down one insurgent, and then gets into a shootout with the other. Rather than dumping his ammo into shooting up the cars, he drops the rolling homing mine  and it takes care of the bad guy.

Chris pops in for a bit on a tablet (controlling the UAV) and uses skills such as marking a target to let the rest of the squad target and kill a terrorist hiding on the roof, which gives the rest of the team the opportunity to shoot through the sign and take out the remaining enemy. Chris then makes his exit, and the team moves into the building.

[singlepic id=14036 w=300 h=240 float=left]Nick and Bronson head over to grab food and water left out on the counter and Megan frees the cops locked in their own jail. In the presentation they highlight the importance of resources, which may add layers of depth in terms of player restrictions and growth. As the cops are freed of their incarceration, one of them gives up the access code to get into the armory, while Nick examines the police map on the wall. You’ll note that this adds new objectives, and as was explained to us, they become available whenever the players are ready to pursue them.

When they get into the armory, the presenter talks a bit about the weapons – upgrades, mods and the like. The Mk17 SR that Nick grabs is a powerful gun, and you can see the damage it can do in traditional RPG-like damage ranges. In some ways, it reminds me of pen-and-paper RPGs – stats are important in The Division. According to the dev team, we can expect a plethora of weapons and skills, and there will be plenty to modify and upgrade.

Megan leads the way out with getting the flare ready for extraction – the problem is, that flare also signals any enemies nearby  and in this case, they have 90 seconds to fight before their ride shows up. It is at this point that the demo zooms out to show the map. They end up as a red conflict point – but there are other red dots all over the map. The idea, as was explained. is that they’re showing that all of these games are happening in the same place at the same time. We also learned you can go help out other crews – you’re not restricted in that way – the team could have instead chosen to travel through the city to help another team or pursued other objectives. Whether or not the objectives change based on other teams’ successes remains to be seen.

[singlepic id=14037 w=300 h=240 float=left]Closing off the event was a brief introduction to the UAV controls for tablets. You start off with being able to affect the game by providing visual assistance, marking targets and even reducing enemy armor. As you gain experience, you can also unlock other skills and weapons. It looked pretty sweet, and all ran at the same time as the players on the console. They kept referring to it as the companion app, which means that we can expect this to be a separate client program and while no cost was announced, we expect this will be a pay-to-play option. Whether it will be supported by PCs or SmartGlass remains to be seen – the presentation offered no Q&A at the end.

I’d like to take a moment to highlight some of the most impressive graphics in a shooter here – first is the fluid UI, including who’s talking – their name shows an audio animation along with vital stats. As you’ve hopefully just seen, the interaction with environments seems natural – from shooting tires out to sliding over cars and  bullets ripping through glass – The Division feel far more real than anything this-gen, and we’re looking forward to seeing how this turns out in 2014 on PS4 and Xbox One.