Vampires have gotten a bad rap lately. The number of games featuring vampires this generation can be counted on one hand, and outside of the Castlevania games, most of them are pretty abysmal. While everyone’s attention seems to be fixated on zombies these days, Realmforge Studios looks to reintroduce vampires of the bloodsucking – not sparkling – variety back to the masses with their upcoming stealth/action game Dark, and I recently got a chance to sit down and see if it has any bite.

[singlepic id=10073 w=320 h=240 float=left]Dark casts you as newly turned vampire Eric Bane. In the world of Dark, however, there’s a catch: getting bitten doesn’t actually turn you into a fully fledged vampire right away. The only way to finally turn into the real deal is to drink the blood of your maker. If you’re unable to do so, you turn into a mindless ghoul – these nasty looking hunched monsters that spit acid and generally ruin the lives of the people they run into. Eric obviously doesn’t want this to happen, so he embarks on a quest to search for the person who turned him, all while trying to avoid M-17, a military unit that specializes in hunting vampires.

To do so, he’ll spend a lot of time at the local vampire meet-up/nightclub Sanctuary. Think of Sanctuary as a sort of hub world for all the missions that you’ll be sent on. You’ll chat with other important vampires who will send you off on your various missions. Interacting with these characters will be familiar to anyone who has touched a Bioware game within the last few years, as the familiar radial dialog wheel allows you to choose from various options to move conversations forward. After talking to a few different notable blood-suckers Eric is whisked away on his first misison.

[singlepic id=10078 w=320 h=240 float=right]Since Eric is a bit wet behind the ears, he takes to the alleys behind Sanctuary for his vampire combat training. Dark is all about stealth, and it hammers that point home right away. It is wise to stick to shadows, avoiding enemy line of sight, and slinking away under the cover of darkness without being seen. In those times where eliminating foes are necessary, Eric has a few options at his disposal. He doesn’t carry any form of weaponry, but he does have several special powers he can use to move around his environment and take down enemies unseen.

A vampire isn’t a vampire without the ability to suck blood, and doing so in Dark fuels all of your abilities with blood points – referred to in the game as Vitae. Sucking blood takes time — almost too much time — and leaves you vulnerable to attack. In a pinch, a quick stealth kill move will suffice, but this will prevent you from sucking their blood to refill your Vitae.

You’ll also have other death-dealing abilities like the Shadow Kill, which teleports you to a targeted enemy and kills them instantly. Other abilities are more passive, like Distraction, which allows you to move behind enemies unseen. Being a vampire also gives you certain special traversal abilities. One lets you see the blood flow of any mortal enemies, acting as a sort of infrared vision. Using this ability lets you see through walls, allowing you to watch guard movement and plan accordingly.

[singlepic id=10080 w=320 h=240 float=left]All of these powers are fancy and helpful, but the single most important ability is the Shadow Leap. Similar to the Blink power in Dishonored, Shadow Leap lets you instantly teleport anywhere within range of your aiming reticule, allowing for quick escapes and drastic vertical movement. It doesn’t require any Vitae to use, but it has its own cooldown timer, so jamming on the Leap button won’t let you zip away any faster. As Eric Bane doesn’t have any weaponry or any sort of aggressively offensive abilities – save for the take down move that can be easily repelled if spotted – the Shadow Leap is the best technique to get away from any guards that may have found you. Dark rewards players who take the path unseen, granting larger experience point awards for getting through areas without killing enemies or being spotted. These points can be used to further upgrade Eric’s abilities.

Dark features a bold, yet understated, use of cel-shading, giving the entire game a nice comic book vibe without looking overly cartoonish. Punctuating missions are several cutscenes, all designed to look like a highly-stylized motion comic. It’s got a really cool, almost cyberpunk take on the vampire mythos, with dingy alleyways peppered with stark neon signs.

[singlepic id=10081 w=320 h=240 float=right]The demo I played was an early alpha build, so some things are clearly a bit rough around the edges. Animations look a bit stiff, and I ran into more than a few bugs during my time with the demo. Also lacking is any sort of environmental traversal method. I understand not putting a jump button in the game, but being forced to use the Shadow Leap power just to hop up a simple foot-high ledge seems a little excessive. There’s still time to fix these issues, however, and I was assured that these problems would be worked out by the time the game ships.

It’s been some time since we’ve gotten a decent vampire game to sink our teeth into, and despite some technical issues, Dark may finally satisfy that craving. With a campaign lasting around ten hours, two different endings based on choices made during the game, a New Game+ mode which carries over abilities earned during the first play-through, and the possibility of additional challenge rooms to be added to the game – development time willing – gives Dark quite a bit of promise. There are some great ideas in here, and hopefully Realmforge gets a chance to polish it up in the few months before its late April 2013 release. Dark will be published by Kalypso Media on PC and Xbox 360, with a possible version on Playstation 3 as well. 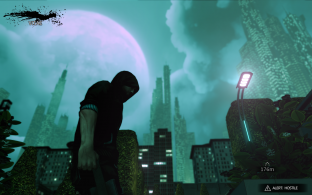 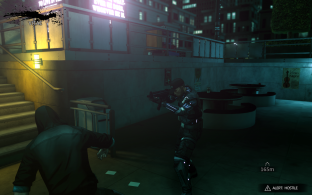 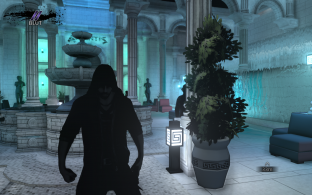 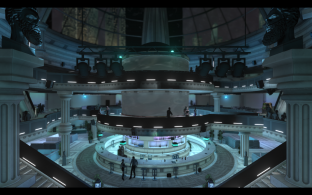 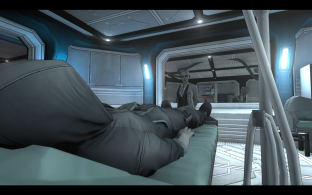 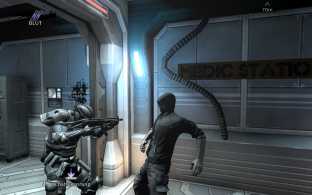 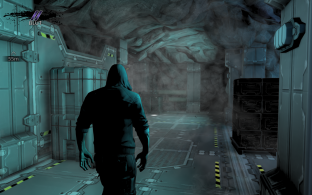 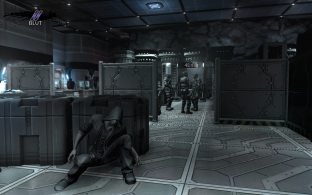 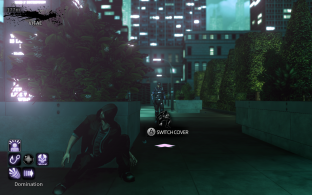