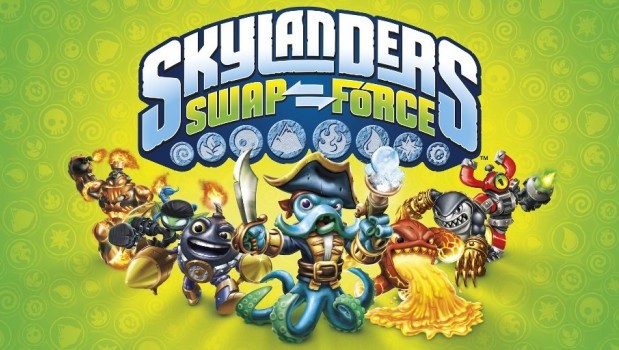 The Skylanders series has done rather magnificently for Activision lately — the previous two entries have been a money printing machine on par with other collect-a-thon franchises (like a certain Nintendo series). This year doesn’t appear to be any different, as Activision is upping the ante with Skylanders SWAP Force

The first thing I noticed when I saw the hands-off demo at E3 was how nice it looked. The Skylanders series (which has all but dropped Spyro) never looked bad, but it clearly didn’t look as nice as it could have. That’s all changed, as Vicarious Visions (who has development duty on this entry) has upped the graphical fidelity considerably. Animations are much smoother, environments are lusher, and everything just looks and feels much more crisp than ever before.

[singlepic id=14028 w=320 h=240 float=left]Every single toy from both Spyro’s Adventures and Giants will be available in SWAP Force, with all of their skills and saved experience brought over intact. In addition to the dozens of figures already available, Activision is introducing 16 new SWAP Force characters to drain even more of your money out of your wallet. This is where things get interesting.

Take Nightshift, for instance. He’s an undead, vampire boxer with floating arms (not unlike Rayman). He can uppercut and he can teleport. Not too shabby. Then, you have Free Ranger, a hawk that can shoot lightning and turn into a tornado and speed around each of the different levels. What if you want the fist fighting power of Nightshift, but the speed of Free Ranger’s tornado? Well, you rip each of the two figures in half, then slap the top half of Nightshift on the feet of Free Ranger. You now have a Skylander with combined powers.

Each of the 16 SWAP Force figures can be combined with each other, providing up to 256 different combinations of Skylander. Each SWAP Force character also has two different upgrade chains — each half of the figure has their own skill sets they can learn. Plus, in addition to the elemental gates that block entry to side areas and hidden secrets, there are now dual elemental gates that are opened up by either combining two different SWAP Force characters together, or by playing co-op.

[singlepic id=14027 w=320 h=240 float=right]There are also special SWAP Force Zones that you’ll be able to find for additional rewards. Each SWAP Force character has a specialty — climbing, digging, bouncing, and stealth, among others — and each Zone takes advantage one specific type. With 20 new bonus missions, in addition to main campaign, plus all of these side missions, there will be plenty of content available to newcomers as well as returning fans.

With Disney Infinity on the horizon, it’s easy to forget that Skylanders has been around for a while now, doing the whole “toy plus game” thing — and feeling pretty confident about it. Time will tell whether or not the new will usurp the old, or whether the added features will be enough for Skylanders to stand out from the media juggernaut that is the Disney empire, but as someone who’s enjoyed Skylanders before, there’s plenty here to be excited about. We’ll find out when Skylanders SWAP Force launches in October for all major platforms, as well as launch day for both the Xbox One and PlayStation 4 — whenever that may be.