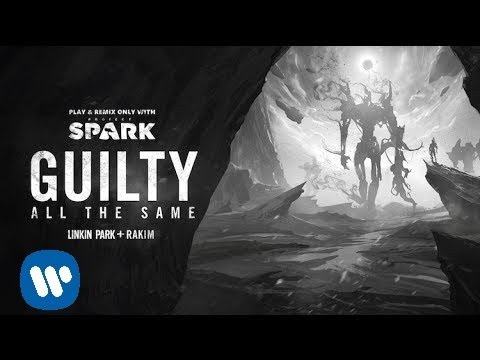 E3 2013 was a rough time for Microsoft, and while currently bridging the gap between themselves and indie game developers, 2013’s announced Project Spark seemed to stand as a bastion for gamers to try their hand at creativity. Rather than having the user generated content wrapped around a game, Team Dakota’s platform is agnostic of any set world. Were I to compare this to any product out there it would sit squarely with LEGO. Just as with the tiny blocks you can create some truly inspired things, but all the parts are intended less to be for a single specific use and more to be inter-operable with every other kind of object.

It would be unfair to review Project Spark for several reasons : first it is in open beta on both PC and Xbox One, and second it is supposedly meant to be “free”. Oh, there is a cost to this, but I don’t want to get ahead of myself. The engine is a fine one, and the open nature of being able to program within it is fantastic.

Instructions, signs, and dialogue are handled through written text in speech bubbles. While this may initially be a turn-off, pre-recorded voices and events would be quite the challenge given the open nature of the design. Furthermore, the controls used to design on the Xbox One are less intuitive to start, but if used enough become second nature. I found that in areas where the Windows 8.1 version suffered no issues, I ran into a few slowdown moments on the Xbox One version – usually while carving caves. I have noticed that some of the combat moves and animations feel disconnected from the world – not that this concerns me as much as other things.

[singlepic id=18649 w=620 h=350 float=center] See, Project Spark has a bit of an identity problem. The premise that players can create, and creators can play is bogged down by cost-to-benefit ratio, and is mired in an interface that isn’t simple and intuitive. To expand on this, we first need to understand the way in which Team Dakota has presented Project Spark in the free-to-play (F2P) model.

The client software was announced to be free – no strings attached. You can fire up a tutorial world, or head out into a blank canvas and begin creating a setting and building a game within. From Tetris to Fable to endless runners, side-scrolling or even puzzle games, if you can figure out how to take the advantage of Project Sparks’ underlying programming language “Kode”, you can do it. Heck, you can even learn from other people’s projects. There are limitations to the game, of course, such as space, palettes, object count and types of objects. I’m not just talking decorative items such as dishes or furniture, but usable items such as variants of each weapon are currently absent. As the game matures, we expect Team Dakota will offer up far more settings, environment types and objects.

[singlepic id=18652 w=620 h=350 float=center] This is where the game asks you to pony up cash – if you want an object set that isn’t included, you can opt to buy it. For example with the zombie pack, you’ll get several animations, sound effects, and of course the zombie model. But to be of any use, you’ll need to find a worthwhile game that uses it. Or as a builder you force your audience to be on the paying end. Not to you or your creativity, however.

Buying can happen one of three distinct ways. You can spend experience points (Creation Credits) which are tied to your time spent building and playing projects, or you could buy the item outright with Spark Tokens that are purchased with real-world money (much like the old MS Points). The third method is reminiscent of MMO’s where you can purchase a subscription for a fixed period of time. All content is then available to you, even if you don’t own the premium content outright, and when the time expires, so does your access.

Seems flexible, and when written out it kind of sounds fair, doesn’t it? I mean, they give away their product and hope that adoption of the game has a groundswell of support that creates a demand for the premium content. There are some flaws to this, and most of it focuses on the creator relationship.

[singlepic id=18650 w=620 h=350 float=center] The content creators – players in this case, pour hours of time into creating games within Project Spark which earns them Creation Credits, but that doesn’t feed into anything else. So really, the game’s relevance and economy is counting on people to want to create with only in-game rewards, and those willing to either pay a subscription fee for user generated content (UGC), or have to buy non-standard packs that creators may have used.

Content creators face another hurdle : the glut of low-quality content that comes from having everyone’s project open to everyone else. Consider all the rip-off games for Candy Crush Saga, Angry Birds and Tiny Wings in the various online marketplaces and you start to get the idea. The difference is, anyone can do it for free. Sure, credit for the original content can be found by digging into the edit mode and while some of the menus hint at being able to find variants based on a project,. it doesn’t take much to overlook it. A marketplace glut with alternate versions of Sonic Endless Runner where he’s the Flash instead is not only happening in beta, but it will likely choke the final product and stifle the truly creative folks out there.

[singlepic id=18651 w=620 h=350 float=center] The last thing to nip at creators’ heels is getting people to find their projects. The interface on the main menu is obtuse and while Team Dakota can highlight several popular projects, the organization and relation of content is abysmal. Leave the flowing art style to the game itself, and move towards a functional interface that offers both creators and players the kinds of information they’d be looking for.

I’m not saying this to cut down Project Spark – quite the opposite in fact. There will always be some people willing to create for the sheer pleasure of it. Some will be good at it, and some will simply have fun doing it. These are both great scenarios. Problem is, for this to truly capture the imagination of the gamers, there needs to be incentive, and even more than that the game’s content needs to be accessible, and having object sets restrict access is a hurdle that those interested in playing may not hop over.

Guilty All The Same (feat. Rakim) (Project Spark Official Video) - Linkin Park
Whether that be Team Dakota created projects or an option to export your Creation Credits to Microsoft Store credits, these UGC creators are the ones bringing real value and driving market interest. Furthermore, getting advertising out for some of these projects is key. Projects like “Linkin Spark”, a collaboration with Linkin Park (seen above) is a good idea, but so is having a showcase that brings non-commercial creation to drive interest.

As it stands, Project Spark addon content feels like selling boxes of LEGO without any instructions. The original tutorial level doesn’t cover the content specifically, and there is no “adventure” mode whereby players, not builders, have content created by Team Dakota where everyone can enjoy some value right from a single purchase. Alternatively, when you go to buy a particular LEGO set, the new pieces are showcased in a finished product and has an immediate value to all customers as you’re not just buying pieces, but a blueprint of a finished product AND the possibilities for so much more.

As a consumer and a player, you want more than potential as a return. What if that user created project you were interested in compelled you to buy the zombies pack and turned out to suck, and no one else has any decent levels that contain zombies? Worse yet, the next game you may decide to try needs a special castle pack, plus some extra textures. Are you going to reinvest in content that may just be throwing good money after bad? Since the marketplace doesn’t have a way of finding rated content which uses a particular part of premium content, you have no easy way of locating well-rated projects that use the objects you’ve invested in – or even finding games that people you know that have personally recommended.

[singlepic id=18648 w=620 h=350 float=center]  Project Spark has inspired the developers within Team Dakota, and we’ve seen everything from pinball machines, first person shooters or even side-scrolling platformers reminiscent of Mega Man. Having in-depth tutorials that come out where someone can go through progressively harder lessons to create their own world might be the bridge to span the learning curve that gamers will face. I love some of what has been created, and reading the forums there is already a very active community who are supportive and interested in the final product. If this fails to give them an audience, assistance, and incentive this project may never catch fire.

This is where the identity falls down – currently Project Spark has a particular art style and direction, and it currently centers around a fantasy world. We may yet see a space theme, or any other number of settings that can bring new projects to life. But with each add-on pack should to come with compelling content blueprints right from Team Dakota, such as LEGO does with every box of parts they sell, and perhaps some pre-built adventures for people to enjoy with every kit. You can build what they had in mind and enjoy a finished product, or tear it down and build something with your imagination. Just like LEGO, they have to find ideas to sell and include them inside the box, otherwise it becomes a sad collection of little pieces that never get touched.

Lastly, they should have a separate application whereby players can see showcased content, as well as browse and flag downloads that don’t require the full Project Spark to load. A virtual catalog which is dedicated to player needs would help shorten the path to get content creators’ vision out there. With a clear cost on required add-ons, friend recommendations, intended audience age, direct links to add to download queues along with screenshots and perhaps video content (or even links to twitch streams running said game) could go a long way in bringing interest to new creations.

A companion app like that could even leverage the new Microsoft unified code base, and become a universal app that runs on all platforms including tablets, computers, console platforms or even smartphones, and offer developers a way to advertise using Creation credits to keep their games relevant due to popularity and demand, or even pay to keep their projects locked down. This would help ensure their game ideas aren’t so easily picked apart and would go a long way in protecting the investment that some people are willing to go through to build something wonderful.

Team Dakota truly has introduced a significant platform, and we hope it manages to grab hold. Inspiring game designers, acting as a potential resume for game developers of the future is a fantastic idea. Head over to their official site to get more information,  or sign up for the beta if you have Windows 8.x or Xbox One.