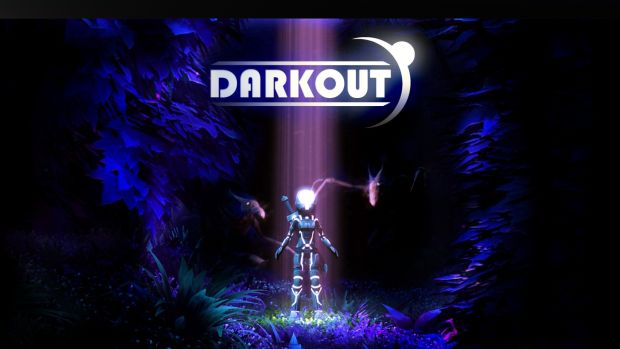 The survivalist based genre is one that has become very popular as of late. That popularity is attributed mainly to the explosion of love for games like Minecraft and on a smaller scale, Klei Entertainment’s Don’t Starve. One of the next installments in that “genre” will be entitled “Darkout,” a game that pits the player in the shoes of a woman who has just crash landed on another planet. Her supplies are limited to only what she has in her pod, which happens to be just enough for survival.

[singlepic id=15869 w=320 h=240 float=left]That’s where the latest preview build for Darkout begins as you’re tossed into an unknown environment and slapped with some much-needed tutorials. From there you follow the tutorials commands and begin to situate yourself by placing down shelter and using the other items at your disposal. Some of those other items include a gun, a torch, and a Combinator, something  we’ll get to later on in the preview.The amount of items are appropriately limited in these early stages though things will most assuredly expand as the game progresses forwards.

There were a few hiccups I experienced when it came to the tutorials. Those hiccups were based mainly around the tutorial not explaining exactly how to lay an item, what kind of surface does the item require, etc. Of course, these are issues that can be rectified before Darkout’s official launch and if they are, the accessibility of the product will jump immensely. The accessibility issues aside, once you get going, you’re quickly introduced to the crafting menu.

This crafting menu holds quite a bit of potential, though it too is hampered by some accessibility issues. The accessibility issues boil mainly down to a slightly cluttered interface. With a bit of polish, something I’m sure the game will receive in the coming months, the interface should improve. Overall though, crafting seems like a very unique way to form new items and expand your inventory. There a ton of different options in what items you want to make. Those options can vary from simple things like [singlepic id=15870 w=320 h=240 float=right]making a door all the way to forming some sulfur for future use.

One thing you create early on is a Combinator. The Combinator expands your creation abilities further, letting you not only make new items but also research some future goods that may help you in your adventure. Once you make the Combinator, you can then finish your first shelter with a nice, tidy bed and some lights. That’s when the tutorial ends and you’re free to explore this desolate world.

I didn’t run into a ton of enemies in this preview build but the ones I did see were handled fairly easily by my nice little pistol. The jellyfish-esque enemies animate very well while some of the ones that stay on the ground tend to blend into the background. This makes you keep your eyes peeled for intruders as they can quickly take significant chunks off your fragile health bar.

The visuals in Darkout are possibly the highlight of the experience for me. From simply looking at screenshots, it doesn’t appear to be a visual masterpiece, and it’s not. But more importantly, the color use is incredible. I love the brilliant use of purple and blue, two colors that give life to this mysterious environment that is surrounding you. The light blue glow that radiates off of certain items is addicting to stare at, similar to the gorgeous art that appears in the foreground.

[singlepic id=15868 w=320 h=240 float=left]There were a few things not in this preview build that you can expect in the final version of Darkout such a full power system and an even more expansive crafting system. The power grid system will make forming realistic structures a much more feasible possibility. The expansion to the crafting system is what most excites me as that seems to be the heart of the whole Darkout experience. If they can coat these new inclusions with some nice polish, they will be great additions to a promising product.

Going into Darkout, I thought that I was over the survivalist form of gameplay. I like Minecraft as much as the next guy, but it seemed like that format was becoming played out. Darkout has definitely changed that by piquing my interest with their beautiful world and unique crafting concepts. As previously mentioned, if developer Allgraf can add some polish and interface accessibility, Darkout will definitely be a game to look out for in the coming year.

There’s no current planned release date for Darkout but we will keep you posted as we learn more about this exciting product’s impending release.