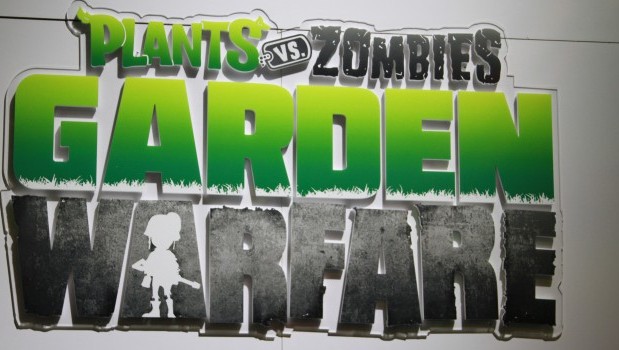 Coming out of absolutely nowhere, EA and PopCap have announced a new addition to the Plants Vs. Zombies franchise in the class-based third-person shooter Plants Vs. Zombies: Garden Warfare. It surprised us so much that it took our E3 2013 “Biggest Surprise” award almost immediately. At E3 we got a closer look at the pre-alpha demo showed during EA’s press conference — yes, that’s right: the incredibly solid demo shown on stage was a pre-alpha build.

Plants Vs. Zombies seems perfectly tailor-made for a class-based shooter. Each plant has their own unique play style and feel, allowing for multiple strategies on the battlefield. A Call of Duty style ticker gives us the time, date, and location of our battle to the undeath as Crazy Dave sets the stage. Everything from the settings, to the sound effects, to the battle abilities, all riff off of popular modern warfare shooters. Plants Vs. Zombies has never taken itself seriously, and Garden Warfare is no exception.

PopCap walked us through each of the four shown plant types available for play during the hands-off demo — though all of the plants from the series will make an appearance at some point. The Pea Shooter is the typical “soldier” class, and represents the front line fighter. The Chomper represents the melee-based “tank,” and can gobble up zombies that come near to it. The Sunflower is the “medic,” and can heal injured plants in the midst of battle. Lastly, the Cactus is the “defender,” and can set up potato mines and walnut walls to halt the zombies’ progress. Each plant has a special ability they can access when they “root” themselves in the ground. The Peashooter, for instance, turns into a turret, allowing for more powerful assaults on the ever-increasing zombie horde. You’ll even find flower pots lying around the arena, where you can plant other defensive plant “towers,” all aiding you in preventing the horde from reaching your home base.

This particular level was a wave-based invasion mode, typical of the Plants Vs. Zombies-style level progression. But rather than taking place in two dimensions, Garden Warfare looks like it controls like a kid-friendly version of Gears of War. Sound effects and music are ripped right from the series, popcorn kernels explode from an airborne garlic drone strike, and the Disco Zombie animates like a living cartoon as he becomes a whirling dervish, spinning his disco ball around like a tornado.

Several other modes have been promised, but won’t be revealed until a later date. Garden Warfare also promises four player co-op along with 24 player multiplayer battles. A beta is coming soon, though specifics on when it will take place and how to enter are still up in the air. Plants Vs. Zombies: Garden Warfare is coming in Spring 2014 to Xbox One and Xbox 360 first, with PC and “other platforms” to come later (which, let’s be perfectly honest: they’re talking about PlayStation). It can’t come soon enough. 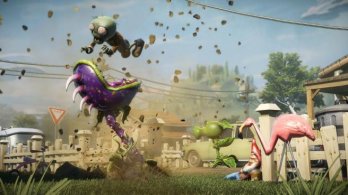 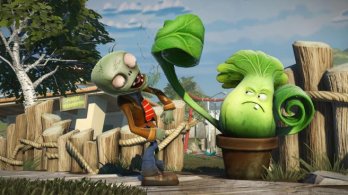 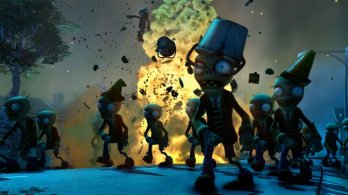 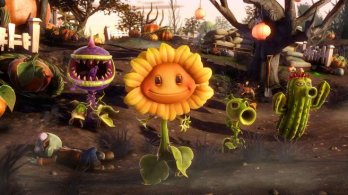