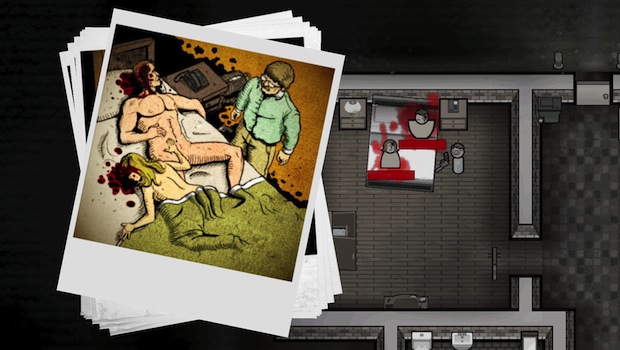 This might not surprise you, but there are some very dark minds behind Prison Architect, a top-down management sim that’s also the latest game from England’s Introversion Software.

You may know Introversion from some of their other cult hits, including Darwinia, but Prison Architect shifts gears to put you at the helm of one of the world’s greatest and most historic cultural institutions: jail. The game blends Maxis-esque construction with personnel management and bookkeeping, continuing in the tradition of enduring classics like Theme Hospital and Dungeon Keeper. The game’s Alpha version retails on Steam for $29.99, which will include the full version upon its eventual release. An interesting item worth mentioning is that due to its racy content, Prison Architect was recently rejected from the Apple app store, but, as the developers themselves aptly tweeted, “YOUR LOSS APPLE.” The fact is, those wily Brits have come up with a title that’s uproariously fun, and I couldn’t agree more with that tweet.

[singlepic id=13786 w=320 h=240 float=left]You start out with a relatively interesting tutorial that also serves as an introduction to the game’s murky (morally speaking) aesthetic. The exposition involves one Edward Ramsey, a bookish type who was convicted of murdering his wife and her lover. The game goes so far as to show the entire confrontation in flashback, along with several other memorable moments, such as his visit with a priest the night before his execution. The murder scene alone would be enough to garner an ‘M’ rating from the ESRB, though that decision remains currently pending. Meanwhile, you’re happily putting the finishing touches on a shiny new electrocution chamber. I actually hesitated as I laid out the brick walls for his cozy little holding cell, replete with a television and a bible-laden bookshelf. I realized that although I was providing the means to put this man to death, I, as an efficient manager and architect, was in no place to judge. My responsibility lay in carrying out the orders of the State, by God, and I shudder to think what would happen if I failed Them. This is exactly the type of game that I would have claimed was “educational” during arguments with my mother when I was little.

[singlepic id=13785 w=320 h=240 float=right]At any rate, in spite of my dedication to the establishment, I learned in very short fashion what could happen when the well-oiled machine broke down; my early, brazen efforts at pulling together a basic holding facility (while ensuring the plushest possible quarters for my warden) were marred by distraction, and an inability to organize a proper schedule. Here, I should remind you that this game is not finished. At times, it was buggy, although never unbearably so, which is an important distinction. An amusing guide to some of those glitches can be found here, and if anything the slight hiccups made the game more interesting. Prisoners remain seated in the cafeteria despite a roaring inferno in the immediate vicinity, guards who have been cut off from the herd during a riot are completely abandoned and left to suffer gruesome deaths, etc. Needless to say, my clumsy scheduling did little to diminish such problems, although I would say that the game is relatively gentle – at first.

[singlepic id=13784 w=320 h=240 float=left]By the time I had rectified the situation with the daily routine, things had already begun to spiral dangerously beyond my control. In my eagerness to build that first prison, I cut corners; a lack of metal detectors was one such commodity I deemed unnecessary, and my shorthanded staff was simply unable to cope with the security demands of a wild horde of felons. My guards were green, inexperienced, and a search of several prisoners revealed a frightening array of contraband. Coupled with the irregular feedings, emotions threatened to boil over, and I sensed it wouldn’t be long until prisoner tensions reached a thunderous climax.

[singlepic id=13783 w=320 h=240 float=right]The bloodbath came on a Saturday. I was scheduled to receive a fresh batch of inmates that morning, about eight in all, and my warden was pacing about his office in a frenzy trying to decide where to put them. Breakfast had gone as planned. The early risers, with their red-rimmed eyes and wild hair, filtered through the maximum security door at 6:00 AM, where coarse gruel was slopped onto plates for their frenzied consumption. Then came free time.  At this point, things began to happen very quickly. First, angry thought bubbles started appearing everywhere like a malevolent rash intent on spreading. Some prisoners hadn’t slept for days. Others had urgent family matters that my visitation staff had failed to attend to. Whatever the case, a mob of angry prisoners who had gathered in the showers for some reason, naked and steaming, finally decided it was time to whip out the cutlery. A harmless con named Pidgeon ended up on the receiving end of most of those shivs, and his ventilated body lay bleeding on the shower floor for days (that is, until I got a new grant and was finally able to build a proper morgue).

[singlepic id=13782 w=320 h=240 float=left]As you can see, the number of twists and turns in this game make it all the more enjoyable, as I believe that engaging with a dynamic, unpredictable environment constitutes a crucial element of this genre. With every minute, you’re forced to walk a thin line between harmony and chaos, constantly checking on a variety of issues, from the morale of the staff to the state of your building’s power supply. The game is multilayered, complex, and at times overwhelming, but as your compound becomes increasingly nuanced, you’ll find the feeling of running a business that ticks like a Swiss watch to be an ample reward. I felt that $29.99 was more than fair for the amount of enjoyment that I got out of just the Alpha version, warts and all, and you can rest assured that the final, polished version won’t be far behind. The game has already banked around $3.1 million in first access sales alone, and it’s safe to say Introversion’s well-established fan-base is growing rapidly in kind. The gimmicky graphics create a charm all of their own, and you’ll be hard-pressed to find something equally as fun, dark, challenging, and witty – assuming that’s what you’re in the mood for. Head on over to Steam and give it a try today.