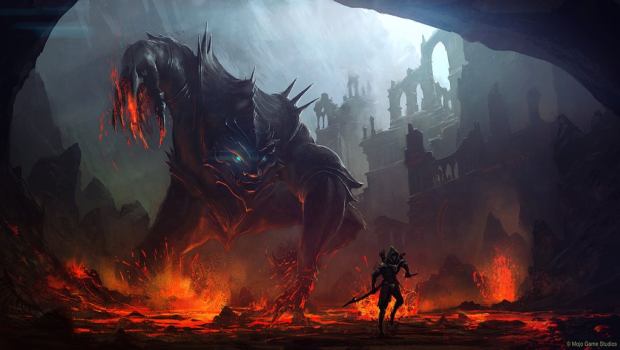 As you might expect, GDC is a pretty great place to meet aspiring game developers, so while at the conference Gaming Trend took a few moments to talk with Pittsburgh-based Mojo Game Studios about their first project: Cradle.

The first thing one notices when one starts looking at  Cradle is the project’s ambition.  When talking about how their team plans to meet those ambitions, president and founder Hank Zwally and Head of Story Andrew Sweet stressed the importance of economy.  According to Zwally, “Less is more.  We really want to create quality things rather than just making a lot of things to fill out the world.  Everything should have purpose and feel meaningful.”

[singlepic id=11371 w=320 h=240 float=left]Zwally and Sweet both stressed the three pillars their game will stand on will be the game’s story, the environment, and the combat.  According to Sweet, Cradle takes place in a penta-theistic world in which Aderyn, the god of free will and creativity, has slowly been amassing worshipers at the expense of the four other gods.  The other gods become jealous, and banish Aderyn to another dimension. The player begins their journey in this land without creation or independence before stumbling into “Aderyn’s Cradle,” a forgotten world that has been distorted and perverted–volcanoes spew fire over a once icy mountainscape and a fungal overgrowth covers what was once a placid bayou.

Mojo Game Studios wants to encourage players to explore the new environments by giving the player both visual and gameplay rewards.  Gameplay incentives include new augmentations for your armor or weapons, or even powerful new weapons.  Visual rewards will often come in the form of environmental vistas.  “We want the environment itself to be a reward, in that when you see something that is important to be rewarding from an artistic and visual standpoint–we want you to say ‘wow, that’s beautiful and I’m really glad I found this.’”  Be sure to check below for a few pieces of concept art showcasing some of the planned environmental vistas.

Both Zwally and Sweet are confident that the Cradle’s first-person combat mechanics will be quite unique. “First person melee combat, as it stand now, is not very skillful,” Zwally said. “it doesn’t have too much strategy to it, it’s almost as if it’s hack and slash.”  He pointed out that he thought Chivalry: Medieval Warfare was a step in the right direction.  “We hope to take this first person melee combat and make it into something you could see at an MLG event.”  He noted that some of the swinging motions you see in games now are unfeasible.  “If you’ve ever tried to swing a sword to do a decapitation motion, it’s very unnatural. It leaves you open to attack and it’s not something a real swordfighter would do.”  Zwally indicated that the goal in Cradle’s combat would be to put enemies off balance before moving in for a killing blow, not simply bashing them with a sword until they dropped.

Both Sweet and Zwally wanted to impress their belief that one of the major selling points of any RPG is the different classes included in the game. According to Sweet and Zwally, Cradle will offer 5 different classes, though they only spoke of three of them today.  The first class they discussed was the Ranger. Like in other RPGs, theRranger is a hunter specializing in ranged combat. Cradle’s Ranger will be an agile class, equally proficient with a bow or dual hunting knives.  The developers described the game as a mixture of “a ninja and a bowman, or your normal hunter.”[singlepic id=11373 w=320 h=240 float=right]

The last class the pair were willing to reveal was the Druid, a shamanistic class mixing nature magic with powerful close combat attacks.  One of the class’s weapons, the Oakfist, was described as a vine whip–which could be used to grab enemies and drag them to close range before pummeling them with a wooden gauntlet.  Another example weapon for the Druid was a talisman that allowed the player to create a sort of spirit guide.  This will allow the player to explore the environment through the eyes of the spirit animal, but the player’s corporeal form will be vulnerable. “I love talking about the Druid,” Zwally confessed. “It’s probably the class I’d play.”

[singlepic id=11367 w=320 h=240 float=left]With goals this ambitious, the team at Mojo Game Studios are always concerned about funding. Both Zwally and Sweet paid for their trips to GDC out of pocket.  They were quick to moderate their goals when confronted with the scale of the game they wanted to create.  The trick was to “envision your ideal,” Zwally said, “and then scale down to meet whatever manifestation of that you can.”  Both agreed that “nothing is set in stone,” and they’d do whatever is required to get the game out the door.  To fund the game, the team at Mojo are hoping to go to Kickstarter after they have more of the game to show to the world.  They pair were not excited about the idea of seeking a publisher, but they admitted they would be willing to work with one if they couldn’t find funding in any other way.

When asked when the public could expect the game, the pair responded that the tentative release date is summer 2015, but explained that was a conservative guess.  In the the mean time, the team at Mojo celebrated their trip to GDC by releasing a video of the first few minutes their game–though the developers were quick to point out that this is extremely early in the development cycle, and that there would be substantial improvements before the game launches.  In the video, which you can find below, the player is pursued by the dark, ethereal cloud of Ostia’s Wrath–a curse Ostia placed on the player after the player blasphemed the god’s name.  Be sure to check out the video and screens/artwork below, then head over to the team’s website to sign up for more info if the game caught your eye. 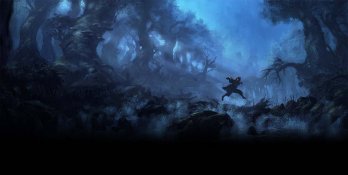 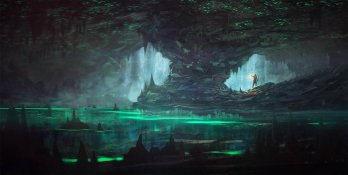 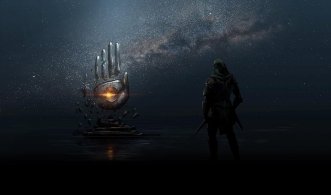 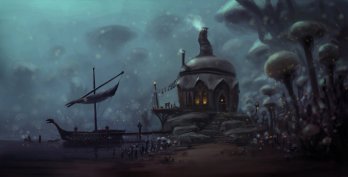 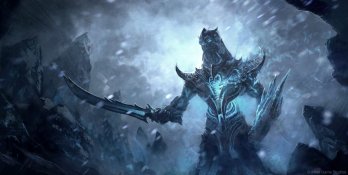 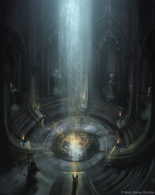 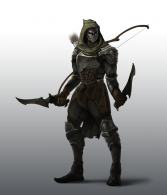 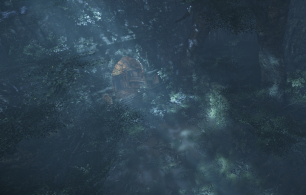