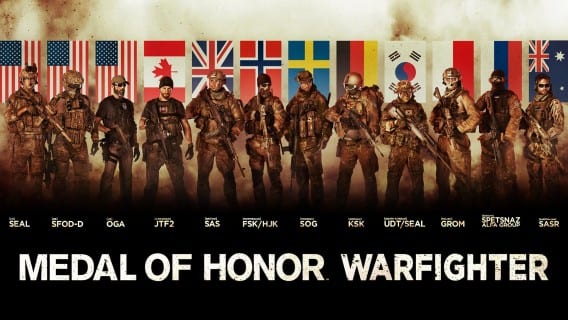 Electronic Arts’ popular Medal of Honor series has undergone significant changes in the past few years, going from a historical war simulator, to a present day war simulator with competitive multiplayer that has more in common with franchises like Battlefield and Call of Duty. Last week I went to preview EA and Danger Close’s highly anticipated upcoming installment for the series, Medal of Honor: Warfighter.

The festivities began with the following trailer, a sneak peak into one of the major surprises in store that day for us: a car chase.

Luke Thai of Danger Close was the campaign aficionado who explained, “We put a lot of effort into storytelling, so we asked, ‘what is the best way we can tell our story?’ We decided that for this part, we needed to tell it with a chase scene, so we relied on our friends from Need for Speed to bring something new to the campaign.” Thai then detailed the more classic part of the game we were to play called Shore Leave, a frantic combat mission in a ruined Somalian city. I sat down to play both of these levels.

The car chase level, entitled “Hot Pursuit,” was a first person vehicle-based level where the player is tasked with ramming a fleeing enemy vehicle off the road to obtain vital information from him. The gameplay is fluid and fast (really fast!) and the influence from the guys at Need for Speed is clear. Unlike Need for Speed, the streets of Karachi, Pakistan are gritty, uneven, and full of obstacles to be avoided (or crash into, if you’re not careful). A particularly interesting segment of the level even called for the player to navigate through gridlock traffic to catch up with your target. Hot Pursuit was one of the highlights of attending the event, as I fought to stay on the road and made audible gasps when I missed my target. The vehicle-based gameplay isn’t just good; it feels like a whole game in and of itself. In other games levels such as these feel gimmicky or a little like playing a tacked-on mini-game, but EA is playing to its strengths on this one, and it really shows. I sat down with Thai to ask if players can expect more levels like Hot Pursuit in the full campaign, but instead of answering me directly he replied, “There are a few more surprises in store for the player.”

I had a really hard time with the ground combat. Why? First, because – let me stress this – I’m pretty awful at war games, and in an actual war I’d be more useful as a sandbag than a soldier. There, I admit it. But also because it does a pretty great job at aiming for realism. The level starts with your squad entering a ruined city in Somalia, with plenty of baddies standing in your way. I tried to keep my distance and use long-ranged weaponry for the most part. As I said before, I’m no marksman, but the firing mechanics felt really solid. The recoil and aiming system seemed brutally true to real combat in that it wasn’t as easy as it looked. Bullets will drop a significant amount if you are a large distance away and your enemies won’t stand up to be shot. Instead, they duck behind cover and fire at you mercilessly as you struggle to come up with a strategy for fighting back. The controls were seamless; so much so that I couldn’t tell you them if you asked me.

Things got interesting later in the level when I needed to “Breach” an area. This portion of the game allows you to select a means to enter. At first, only one option is available for the player that involves the classic of kicking open the door, tossing a grenade, and then rushing in altogether. As you do so, time slows and the player is given a few valuable seconds to take out the enemies as quickly as possible. The experience is really exciting, especially the first time it happens, and really pulls you into the experience of working with your squad. There are other unlockable options available that can make your breaches more badass, but require the player to obtain headshots during the breach sequences to use them. I was not good at this. Sandbag, remember?

Near the end of the level, there is a sniping sequence that requires the player to take out enemies armed with RPGs before they destroy allied air support. This part was especially difficult as the men with RPGs don’t wait for you to figure out how severe the drop is from sniping range. I had to try a few times, but eventually got the hang of it.

One of the things I noticed about the single player experience is that the player is expected to rely on his or her squadmates quite a lot throughout the ground combat mission. If one runs out of ammo, they simply grab more from their fellow soldier and press on. I asked Thai about this who said, “We talked to soldiers from these actual combat events and asked them about their experience. We wanted to put the player in their shoes. One of the things we asked was ‘what happens when you run out of ammo?’ and they would tell us, ‘well, you don’t just pick up enemy weapons. You rely on your brothers in arms to help you when you need it.’ We are really dedicated to providing an accurate representation of combat, so we included that in the game.”

The single player was a familiar experience to other war games, but the occasional surprise like the car chase and the intense breach sequences make it an interesting addition to the war simulation genre.  Fans can look for the game on the shelves on the 23rd of October, and Xbox 360 owners can expect a Beta to become available very soon. Also, keep an eye out for the details of my hands-on experience with the multiplayer on October 11th at 6 A.M.  In the mean time, enjoy some awesome new screens and a pair of videos that show off some of the incredible experiences you’ll be able to play for yourself shortly! 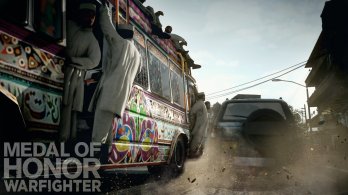 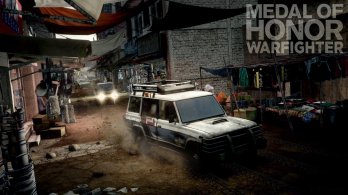 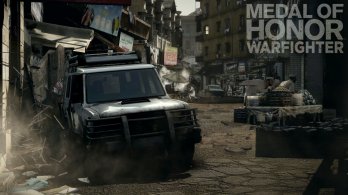 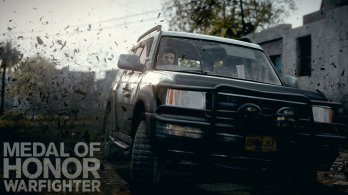 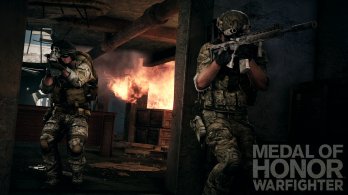 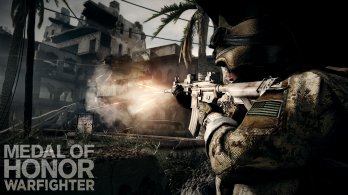 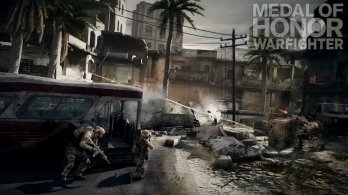 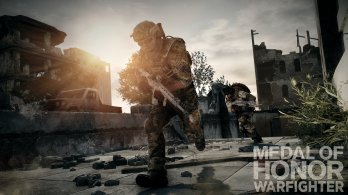 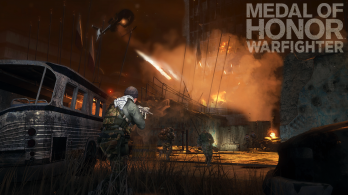 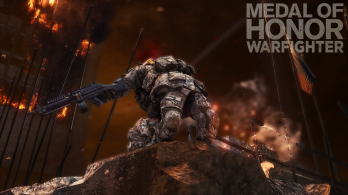 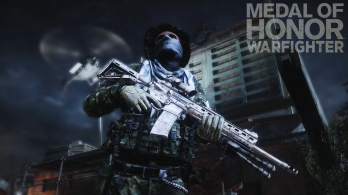 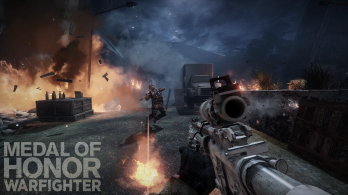 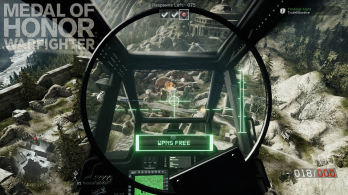 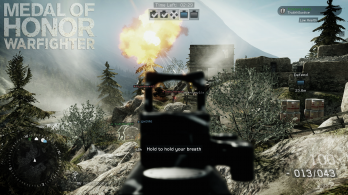 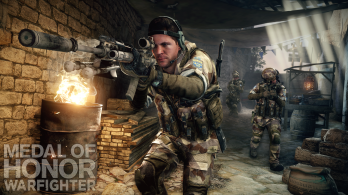 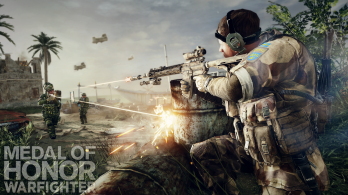