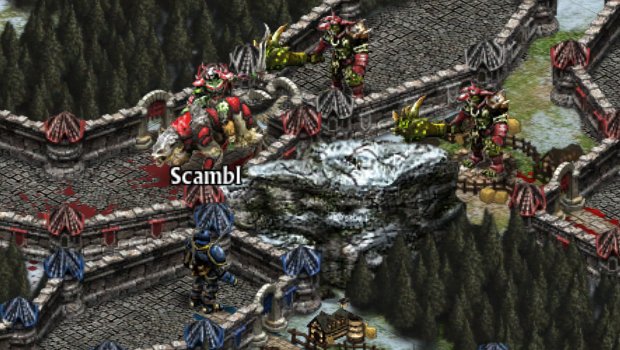 Free to play casual games games seem to pop up out of nothingness every few days, constantly grabbing at the wallets of their players, but Storm the Gates by Rebel Entertainment is looking like a casual game that wants to break that trend. It might even entice a few from the hardcore crowd to give it a shot.

Storm the Gates is a free to play tactical strategy game. I want to make it clear that this game is by no means pay to win. There are some paid elements, but once you get into a match you’ll need some actual strategy and planning in combat to overcome enemies. The game demands players manage units, capturing and building castles and roads which generate supplies and steel while defending their base from enemy forces.

Whenever a unit leaves a captured castle or road, the territory is lost and supplies are no longer gained from it. This mechanic added a level of strategy I didn’t expect, forcing me to give up gaining materials in order to attack the enemy head-on, and too many times I foolishly headed into battle unprepared, losing all my resources as well as my units in the process. It’s a tough choice whether you should hold onto roads and castles and gain resources and soldiers, or if you should go for a quick attack while the enemy is vulnerable.

Storm the Gates also has a leveling system. Troops as well as the player gain experience after battle depending on how well they did. After leveling up, players gain a “booster pack” of troops, which have several different units for use in combat. Booster packs can also be bought with in-game gold or gems, which are purchased using real money. The booster packs are good for bolstering your forces, as you’ll be losing soldiers quite a bit as you fight off enemy hordes. Death is not the end, though. Soldiers respawn 12 hours after dying.

I love booster packs. There’s something about the “it could be anything” mentality behind them, but I think, at this stage of development, Storm the Gates handles them incorrectly. The best part of opening a booster pack occurs before even unsealing it, the anticipation. The recognition that the rarest thing you’ve ever seen could be in your hands and you don’t even know it. This ceremony is done away with by Storm the Gates. After receiving a booster pack, it’s automatically opened and the virtual packaging is done away with, hurriedly revealing what items you got in a list. This is a small detail, but it seems like a missed opportunity to enhance the collectible aspect of the game.

Players control several battalions that can play against computer or player controlled opponents. In live matches, players have only a minute or two to make a move. In multi-day matches, the game is played out in real time. Players earn an action point every two hours, which are used to build roads, deploy units, and expand castles. This element forces the game to move much more slowly, which makes the game much more casually paced and gives players time to make tactical decisions.

Storm the Gates has a few flaws though, which will hopefully get ironed out by the time of its full release. Some matches had me begging for a surrender button, wanting to spare myself the shame that comes with fallen soldiers and crushed spirits. Others had me yawning as it was quite clear that I’d won, but had to spend many more turns just crushing my opponents.

If you’re looking for a casual tactical experience, then Storm the Gates seems like it’s shaping up to be the perfect game for you.