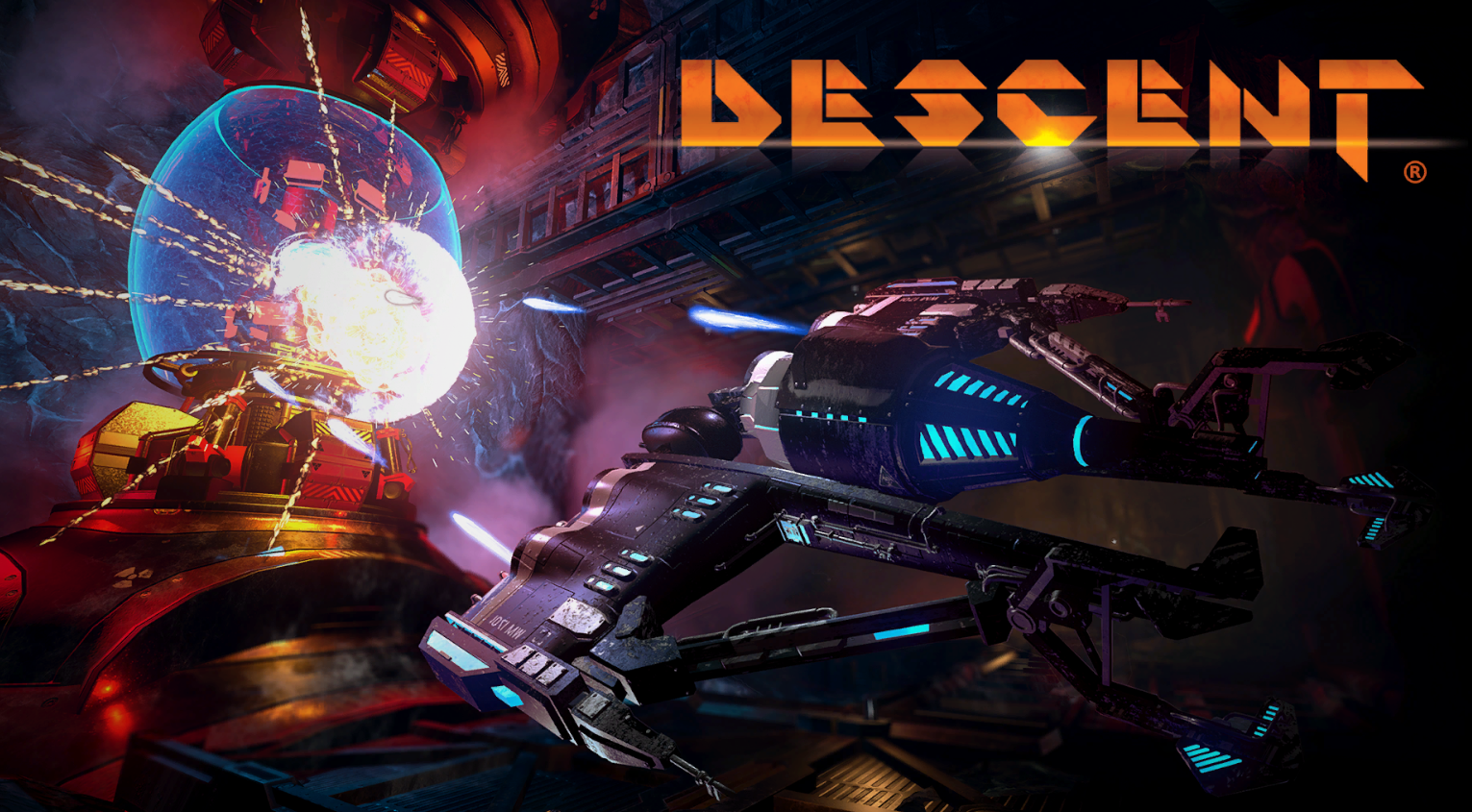 During this year’s E3, I had the chance to play a re-imagined classic, Descent.

I remember gaming in the 90s. Blocky textures, bright colors, and dialogue that wasn’t exactly something you’d call “natural”. Controls were also in their early stages. Jumping, firing, strafing, and maybe crouching were the skills necessary to master in titles of the era.

Everything changed when Descent hit the market. The 1994 release sparked a revolution in how games utilized 3D space. Defining the “six degrees of freedom” genre – I was eager to see how this modern re-imagining would further refine such a monumental game.

In the game’s single-player campaign, the story focuses on Earth having ran of out resources that results in pilots having to travel to the Asteroid Belt between Earth and Mars to obtain resources to bring back to the planet. However, these asteroids are owned by mega-corporations who have turned these mining missions into entertainment called the Underground Games. Players will battle against other pilots to collect resources and crush competing corps into insolvency.

Descent will include 20 different unlockable ships in four different classes, each with unique roles in combat. Ships will be custo mizable with players able to change the nose, wings, and skin of the ship, among other upgrades.

My hands-on was graciously guided by the team behind Descent 2018. Staying true to the original Descent – my opening level started in a cavernous void with pockets of metal-clad open spaces dotted around a map primarily composed of tight tunnels and tubes. The game had an intensely retro feel – but over 20 years of technology poked through in just the right places. Loud colors and classic textures framed a complex mix of brilliant A.I, effortless controls, and excellent level design. All of this makes for gameplay that is simultaneously nostalgic and captivating.

Floating around in a larger space in the map, my ship hovered automatically. One jolt from the bumper, and I was sent careening in whichever vector I faced. Though unwieldy at first, the controls were easy to nail down. Thankfully, bumping into walls doesn’t damage your ship, though I quickly became aware of friendly fire dynamics as I encountered my first set of enemies. Targeting my array of weapons was easy to pick up. My ship was of a simple class, but was capable of supporting an even larger list of weapons ranging from devastating high-payload rockets to precision-based homing missiles.

Difficulty of enemies is indicated in both size and complexity – though behavior is dictated by the players approach. Enemies indicate whether or not they’ve seen you through a simple set of color changes – resuming their day-to-day once they feel sufficiently sure an enemy isn’t present. Staying out of sight or launching direct assaults yield specific results – building in an excellent level of replayability into each level.

I handed off the controller to the team for the remainder of our demo. Showing off their piloting skills – my envy grew as I realized I’d have to wait in order to master the array of ships, weapons, and upgrades. Hacking, capturing, and customizing open up a rich single player experience, developed while staying true to the game’s core: an undeniably fun six-degree shooter.

Slated for a Q4 release, we can expect availability across Xbox One, Playstation 4, PC, Linux and Mac. Check out our full mission playthrough footage, along with my attempts at piloting in the gallery above, and visit the official site for more on Descent.