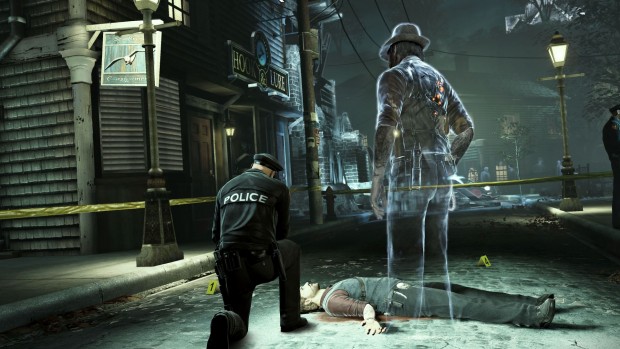 Amidst the hustle and bustle of E3, the lasers and explosions, the never-ceasing dubstep wobble bass, was a singular booth that seemed to buck all of those trends. This was one that took a much more calculated, methodical approach to its demo. There were no large-scale firefights or destructible buildings; instead, what we saw was a game that hearkens back to the glory days of Gabriel Knight, Police Quest, and other mature old-school point-and-click adventure games. But this wasn’t featured off in the corner of some indie booth, relegated to niche audience awareness — this was featured prominently inside Square Enix’s massive booth space. This is Murdered: Soul Suspect.

In Murdered: Soul Suspect, you play as Ronan O’Connor, a detective with a checkered past who is murdered in cold blood right at the start of the game. His spirit is stuck in this world’s version of Limbo known as Dusk: a place where the spirit world bleeds into the real world, and where spirits who are unable to move on get trapped. It’s up to Ghost Ronan to solve his own murder, and with his unique new detective skills, he seems more than up to the task.

At the beginning of the demo, he’s stuck outside at the crime scene. He’s trying to piece together the various clues he needs to get some semblance of a lead on this case. He can possess witnesses to look at objects through their eyes (in order to get a closer look at a notebook their holding, for instance) or to influence their thoughts (so you can get specific answers out of a police interrogation). He’s also able to pass through most solid objects, in order to get past police security or other normally impassable obstacles. After finding all the information he needs, he then has to piece together the evidence he’s found by combining two connected words.

After logically deducing where his body came from (the window of his apartment building), he decides to go check it out. As this takes place in Salem, Massachusetts, each of the buildings have been consecrated — meaning that spirits aren’t able to pass through, unless they find specific breaks in the consecration. Ronan enters the building through one of these breaks, and begins exploring it for clues. In here, he finds a lost soul, wondering how they met their own demise. You can decide to help her out, or move on. Helping her out means looking around the other rooms, finding clues as to how she met her end. These side quest opportunities offer breaks in the main case, allowing for opportunities to earn extra experience points (though what the experience points do hasn’t been disclosed as of yet).

Further exploring the building reveals evil souls that are stalking the hallways, and will steal your soul for themselves if they find you. Ronan will have to possess objects in the environment to distract them, sneak around, and attack them from behind to destroy them. This adds a little tension and action to break up the investigation, but seems a little bit unnecessary — there’s nothing like forced stealth sections to completely ruin what could otherwise be a fantastic game. Hopefully these sections turn out OK, but I’m a little worried.

As he returns to his apartment, and figures out what happened, the psychic energy begins to build up and he begins receiving these ghostly memories — essentially reliving his own confrontation with this mysterious murderer. He discovers that another woman was inside his apartment during the attack, and that she escaped unscathed. This is his only lead — he’ll have to follow it to its end.

The hands-off demo I saw looked really interesting, and it was definitely a different pace than most of the other demos I saw at E3. I really dig point-and-click adventure games — especially detective-themed games — and I’m really hoping that Murdered: Soul Suspect will deliver when it releases next year on Xbox 360, PlayStation 3, and PC. 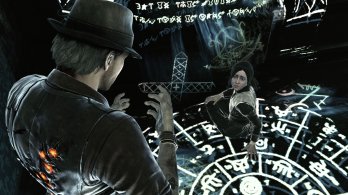 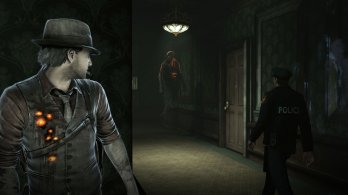 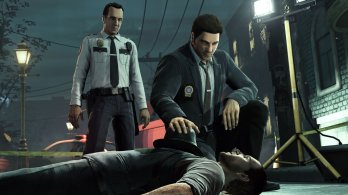 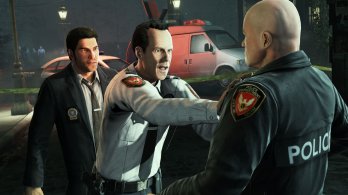 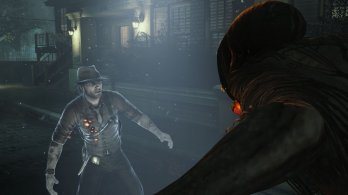 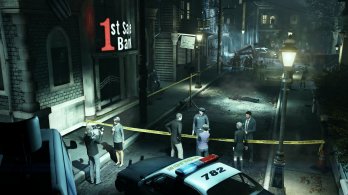 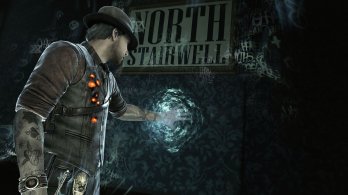 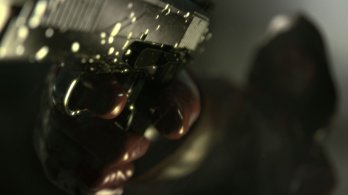 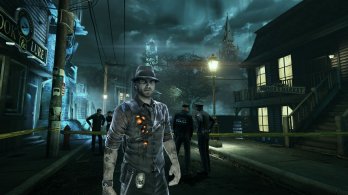 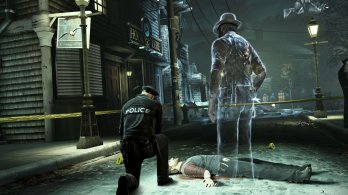