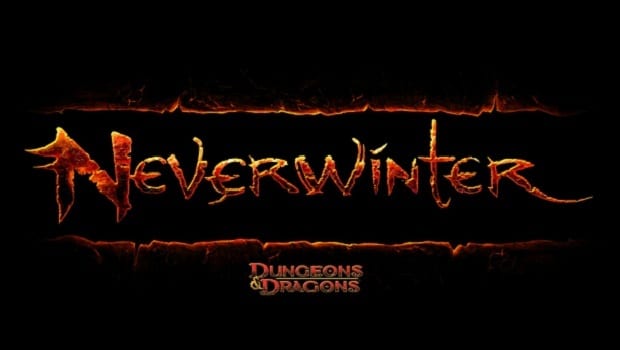 If you’ve never played Dungeons and Dragons before, you might not know that the Forgotten Realms Dungeons and Dragons setting is world in which the Baldur’s Gate and Icewind Dale games took place. It’s one of the more popular DnD settings, with an incredible amount of lore detailed over countless game books and novels. It’s been a while since any games were set there, but this week Gaming Trend got the chance to jump into the beta for Cryptic’s upcoming MMO Neverwinter. You know what that means: we’re heading back to Faerûn!

[singlepic id=10687 w=320 h=240 float=left]One of the most important parts of any MMO, and especially in an MMO based on DnD is the amount of control a player gets when creating their in-game chrachter.   And boy, when it comes to character creation, Neverwinter rolls a natural 20; character creation is awesome. There are the usual variety of races, such as Dwarves, Halflings, Elves and demonic Tieflings. Each is pleasantly customizable, with a large selection of hair styles, eye colors, scars, tattoos and the like. Neverwinter’s depth in customizability rivals that of much larger games like Mass Effect or Skyrim in that you can essentially create any character you want within the limitations of the Forgotten Realms setting. I never had a problem coming up with and then executing a unique character idea, eventually settling on a female Tiefling Rogue with long horns and tattoos around her eyes.

While character design was a solid hit, class options were a bit lacking as there were a paltry 3 classes to chose from. The Trickster Rogue is what DnD fans would call a “striker,” dealing large amounts of damage quickly to a single target. The Devoted Cleric is a “Leader,” playing a supporting role with buffs and healing abilities. The last choice is the Guardian Fighter, a DnD “Defender,” maintaining aggro on other monsters to keep the squishier support classes safe. While the names are different in Dungeons and Dragons, these classes fit quite nicely into the standard MMO “Holy Trinity” of DPS/Healer/Tank. There’s a fourth class that’s coming, a wizard with the crowd control abilities and the area of effect damage, but that class wasn’t available in this demo.[singlepic id=10686 w=320 h=240 float=right]

There are only four announced classes, but thankfully they’re fairly flexible. Players are given a wide selection of powers to chose from, borrowing a mechanics and terms from DnD. “At-will powers” are weak attacks that recharge quickly, and “Encounter powers” are more powerful attacks that usually have more specific uses—drawing aggro, healing allies, or adding status effects to attacks. “Daily powers” are powerful attacks that can only be used once in a while. Honestly, I never found myself relying on my daily powers, but fretting about which loadout of encounter powers to use. You’re given 6 or 7 encounter powers, but can only “equip” three of them at once.

[singlepic id=10684 w=320 h=240 float=left]The variety of powers really gives the different classes some flexibility. A rogue can opt to play as a mid-range DPS machine, throwing knives and magic attacks, or get up close and personal with stealth attacks and teleports. Guardian Fighters can deal damage, but they play a bit better with others if you dedicate yourself to maintaining aggro and playing the tank.

Outside of character creation, there’s also a lot to like in Neverwinter’s combat. This game is a lot more action-packed than other MMOs–World of Warcraft this is not. Powers and abilities are mapped to the keys around WASD instead of the number row. The whole experience is a lot more like Forge than WoW. Character attacks are slick and stylish, with a lot of really great animations. Powers are bright and colorful, and are easy to recognize in battle. While it never approaches the depth of a dedicated action game like Bayonetta or God of War, combat was a lot of fun.[singlepic id=10683 w=320 h=240 float=right]

The rest of the game almost looks as good as the combat. Environments are enormous, and you can generally find a few good vistas that show the talent in Cryptic’s art team. The central hub town of Protector’s Enclave is positively gorgeous, but possibly a bit too large. I spent a lot of time wandering around the hub looking for the one vendor that had the item I wanted, or looking for the one person I needed to talk to finish a quest. The game gives you a shimmering path you can follow to the next step in a quest, but it’s really hard to see in brighter areas of the world.

[singlepic id=10685 w=320 h=240 float=left]Another thing about DnD? Players will eventually want to evolve into Dungeon Masters. The real genius of Neverwinter is that it’ll let players that itch by giving you the chance to create your own quests and dungeons. The Foundry, the toolset that will allow players to create content, was walled off for all players who didn’t spend purchase the largest Founder package–a steep $200. So we didn’t get a chance to play with it, but we gave other players’ quests a run, and on the whole Player created content is actually pretty good, featuring interesting multi-episode quests and deeper storylines than you’d expect. My favorite player generated quest involved being sent back in time by a Drow Goddess to warn myself that I needed to avoid said Goddess. You can insert your own Bill and Ted’s Excellent Adventure here. It was a really nice change of pace from the standard “go kill x number of trolls, bring back y troll scalp” quests that flood MMOs nowadays. Player designed environments are hit-and-miss, but generally look fairly good.

With all the interesting ideas thrown about in Neverwinter, it was kind of fitting that the beta was fairly rough. I had a whole lot of crashes the first few times I tried playing the game. Crashes when I loaded the game, crashes when I changed locations, crashes when I jumped up on a rock. Crashes. Crashes everywhere. I can’t be so mad about it, though. Partly because many of the crashes were fixed in patches over the course of the weekend, and partly because it was nice to see a “beta” that’s actually a beta, not an unpolished release copy used to generate cash.[singlepic id=10682 w=320 h=240 float=right]

That really is the whole summary of the Neverwinter beta experience for me: it’s a solid, fun game that had a lot of rough edges. The developers should be able to polish it up a bit before release, and hopefully they’ll add a few more classes as they get closer to release. The free-to-play MMO environment is absolutely swamped, but I think Neverwinter’s few unique features and player generated content make it interesting enough to keep an eye on it as it progresses towards development. You know I’ll be keeping an eye on this one, so check back for more updates as the game approaches release.