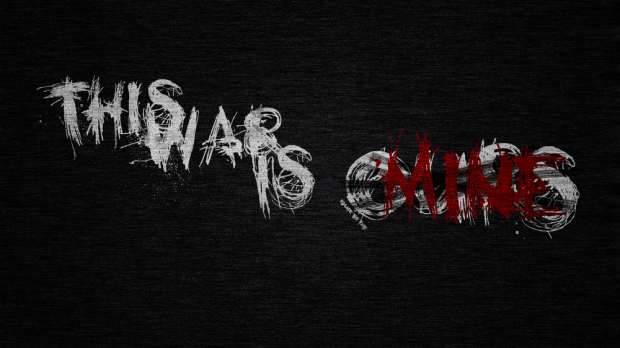 Polish developer 11 Bit Studios were not the most well-known guys at PAX. They created Anomaly 2, a game which picked up a bit of steam upon release, but not enough to make them explode onto the scene. They were also situated in a booth close to the far back of the convention center, away from the IndieBooth despite being the definition of indie. Thankfully, that did not deter 11 Bit Studios one bit as they were showing off their newly announced survival-focused adventure This War of Mine.

The overall idea of This War of Mine is to show the effects of war on civilians instead of soldiers. From the beginning of the PAX East demo, you were placed in control of three characters, each with names and a face appearing as a picture in the right corner. While they were preset characters in this build, 11 Bit plans on each new play session to feature three new characters, with no playthrough being the same as another. These characters have full-fledged, multi-paragraph bios that detail their past life and what they were doing before the war broke out.

These descriptions will let you know each characters strengths and weaknesses, such as being a strong scavenger or good with weapons. This plays a humungous part in your overall strategy as managing your team’s morale is vital. Not only do these descriptions help in a gameplay fashion, it also adds a deeper connection to the characters. This deep connection is exactly what the game wants as it draws you close to each character and makes you want to do anything possible to keep them alive. This connection is only heightened by the picture in the bottom right changing as characters become affected by illness or lack of sleep.

This micro-managing of characters moods can prove very important as sending a person out to scavenge while tired or sick can have consequences. It is an odd comparison but it reminds me slightly of The Sims but in a more controlled sense, with you only having to manage the characters sleep, hunger, health, and thirst. Actually performing this management is unlike anything seen in The Sims. Keeping all three of your characters happy and healthy seems impossible, you will have to give up pleasing at least one need for another. Such as giving up one characters sleep to have him go out for food while others stay back at your base and rest.

The base in which your three characters stay is also very important in the grand scheme of things as it’s your only form of shelter, and where you store your resources. Unfortunately, the world is a messed up place which means being invaded by other survivors is a real possibility. To combat this, you must select people to guard the house when night rolls around. This War of Mine is based around a day and night cycle, with the daytime cycle being used to build goods for your home and take care of your characters. Once nighttime rolls around, the real fun/horror begins.

Once the moon arives, you enter a screen in which you decide if you want one of your men (or women) to go out and scavenge. You then choose what you want your other characters to do, such as sleep or defend the house. Sleeping will assure they are not tired, but that leaves your house vulnerable and as previously mentioned, you will occasionally be invaded. Once you go out to scavenge, you are given a map that shows eight or so places you can go to, with each having its own positives and negatives. For example, some places have high amounts of weapon parts, which can help you get a weapon down the line, while others can have a high amount of food.

Some places contain other civilians as well, which you should never trust as some will be friendly, some will be scared, and some will be downright hostile. If you do find a friendly face, you get the option to trade. Trading can get you closer to acquiring valuable items, and usually revolves around you giving them something of high value such as a diamond or moonshine. Both have similar value in this destroyed world.

While the gameplay is clearly the star of the show, the visuals within This War of Mine are no slouch. The game features a sketched noir look that fits the game very well. In my conversations with 11 Bit, they stated that the visuals were intended to reflect the situation of the characters at hand. One of the smaller things I noticed during my time was the actual sketched lines within a window that featured a white background. This small detail was hardly noticeable but nonetheless gorgeous.

Despite where the booth containing it was located, This War of Mine impressed. The booth could have been located behind the people selling pizza dough funnel cakes and it still would have stolen the show. While Anomaly 2 might not have given 11 Bit Studios that oomph they needed, This War of Mine is shaping up to do just that. On a convention floor dominated by indie darlings and triple-A titles, This War of Mine shined high above all.

This War of Mine is coming to PC this fall.