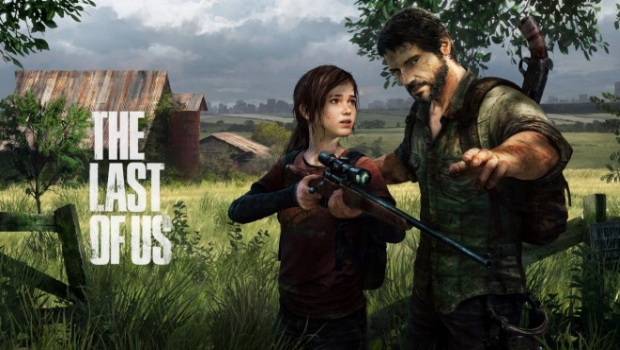 Recently I got the opportunity to take a level and a half of The Last of Us out for a spin in the comfort of my own home, away from PR and free to experience it as you, the reader would.   Taking control of Joel, we appear to be on the outskirts of the city of Lincoln. The objective is simple – Joel’s sometime-friend Bill owes him some favors, and if they can safely reach him he might be able to get what they so desperately need – a vehicle to ferry them cross country to help Ellie reach the Fireflies, a resistance group that can help her.

Before I got started on the demo proper I took a moment and soaked in the visuals for this game.  Bugs hang in the wind, butterflies flit around the landscape, and spores descend from the nearby trees on a soft breeze that brushes through the thick overgrowth.  Human intrusion causes a rabbit to bolt to the underbrush. The rapidly-setting sun streaks through the trees creating a scene that looks almost real.

[singlepic id=12416 w=320 h=240 float=left]Grounding myself back in the stark reality of the situation we picked up a small rag and some alcohol from a nearby culvert.  With these two items we had enough to stem the flow of bleeding should Joel or Ellie be hurt, or to create a Molotov should we want to use these items in a weaponized fashion.

Approaching the city, it’s clear that plant life rules here.  The fence’s razor wire is as coiled around the top of the fence as the vegetation. The very same fence also bars our way.  Moving around the perimeter, we climbed up onto a nearby maintenance shed and picked up a pipe.  Clearly the previous owner had more nefarious intentions as they’d combined a pipe with some tape and scissors to create a wicked implement.  It also let me see that I would be unable to reach the nearby building without help – the jump was just too far.   Scouring the area (with the help of an L3 prompt when I got close) helped me find a large plank.  Leaning it against the wall, I again climbed up the building and then pulled the plank up to me.  This little bit of alteration on an otherwise straightforward puzzle element speaks to the way that Naughty Dog is trying to subtly give us new ways to tackle old tricks.

Stepping across the plank we bridge the otherwise-insurmountable gap between the shed and the enclosed city proper.   In the distance we can see smoke rising on the horizon against the setting sun – a hopeful indication that our friend Bill is nearby in the deserted city   A low rumble nearby finds us face to face with an infested creature.  Lobbing a brick into his skull, we use the opportunity to impale his face on our modified pipe/scissors.  Without much time to rest, we had to dispatch another nearby monster who had heard the ruckus caused by his deceased friend.  As we knelt to pick up the ammunition he dropped, it became clear that firearms are a last resort.[singlepic id=12405 w=320 h=240 float=right]

As we slowly make our way through the various buildings in the deserted city of Lincoln we find both danger and meager supplies. The mandatory evacuation notice nearby is the obvious source of our lack of provisions and ammunition. Using the crafting engine we detailed in our first preview, we reinforce our melee weapons and dispatch a very small number of the cordyceps-like infected.  It isn’t long before we uncover how Bill has kept himself alive – a funneling effect courtesy of wall structures built with abandoned cars and barricades coupled with tripmine explosives.  Picking up a bow allows us to silently dispatch enemies as we make our way through the winding streets of Lincoln, but soon we find ourselves inverted and snared by another of Bill’s ingenious traps.  I’ll spare you the scenario as it is another great Naughty Dog set piece, but suffice it to say that the end result has us fleeing for our lives with Bill at our side.  Reaching relative safety, and after a rather terse exchange, Bill promises to help us get a vehicle, ending the level.

Back at the main menu I took a moment to really admire the richness of sound in this game. In my home, flanked by speakers on all sides, I was struck by the level of detail present.  A fly buzzing sounded like it ambled quickly across the room as it flowed through my surround sound system.  Tickers stalking you with their weak vision but incredible aural capabilities causes the hair to stand up on the back of your neck.  I’m looking forward to the full experience based on this small taste.

[singlepic id=12402 w=320 h=240 float=left]The second level in this beta is the city of Pittsburgh.  Arriving in our truck we find ourselves facing a huge stack of cars abandoned in the interstate.  Seeing a wounded man screaming for help, we immediately see through the impending ambush, running him down as he and his friends pull guns to try to kill us.  T-boning them with a bus, Ellie and Joel are sideswiped into a convenience store and pulled from the vehicle.  Quick reflexes allow us to gain the upper hand, and after dispatching a few of these enemies we get to see the new cover and conceal mechanic of the game.  This level serves as a stark contrast to Lincoln.  The pace of this exchange in the store forces the player to react quickly, choosing firearms, melee weapons, stealth opportunities, and balancing it all against a severely-limited ammunition pool.  The enemies use the same cover and make the same decisions, improving combat from what we’ve seen in previous Naughty Dog titles.  It felt more like a reactive and panicked situation rather than a collection of pop-up targets.

Taking the enemies out using dynamic stealth and a few makeshift weapons, I found myself surrounded by enemies that I had dismembered, disemboweled, and otherwise eviscerated while trying to keep this little girl safe.  Making our way into the street and into a nearby garage, Ellie helps prop open the door so we can roll into a gruesome interior.  Inside we find a Training Manual – a boost that gives us an extra 33% efficiency in our health kits, as well as the bodies of several enemies both infected and otherwise. Scrounging through the remainder of this short level demonstrates the functionality of the workbench.  Picking up parts in the environment allows you to craft things like weapon holsters to hold a second pistol or rifle, upgrade your existing weapons including reload speed, clip capacity, stopping power, fire rate, and more.  It also revealed something I had asked about during our previous demo – sugar.

Sugar has a unique effect when used as an incendiary weapon.  Straight out of the U.S. Army Special Forces Guide to Unconventional Warfare, you can combine sugar into an explosive and wrap it in a pouch to create a spectacular smoke bomb that will have no effect on the infected, but could possibly blind the vicious bandits we encountered earlier.[singlepic id=12404 w=320 h=240 float=left]

As the demo closed I was struck with the quality of the brief narrative I got to experience.  The relationship between Joel and Ellie feels natural and real.  She is curious but already becoming jaded, and Joel is clearly damaged goods.  His disconnected and cool responses to Ellie belie his desire to keep her safe.  Ellie herself is a firecracker, unleashing a torrent of profanity when she’s scared or upset, but it’s simply a mask for her own fragility when she’s cornered.  Her musings on her first interactions with nature, her want to play an arcade game despite the lack of electricity in the world, and her genuine sense of wonder is compelling. In the end, it does exactly what it set out to do – I was sucked in and I did not want the demo to end.  I wanted to see this dynamic develop, and I wanted to see how the conspiracies that surround Ellie would unfold.   The game is out in a month, and we’ve still not seen any of the multiplayer aspects of the title, but there is no doubt that The Last of Us will serve as one of the most impressive titles on the PlayStation 3.   Stay tuned – this is going to be amazing. 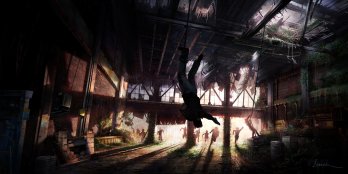 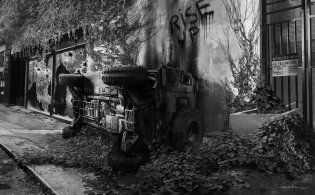 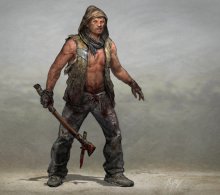 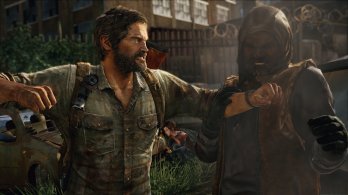 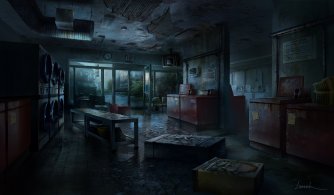 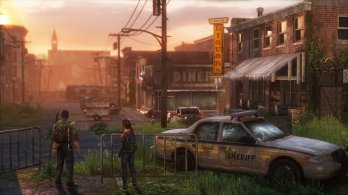 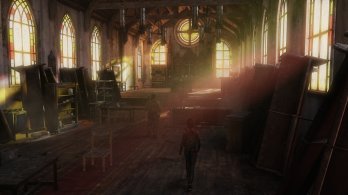 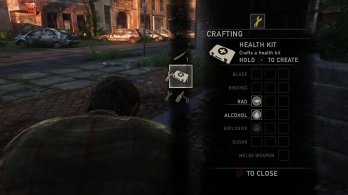 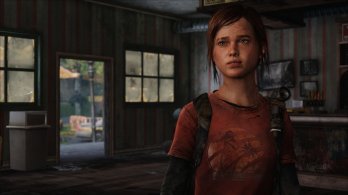 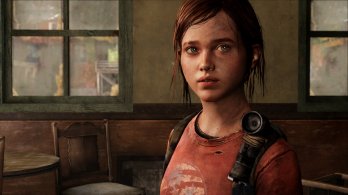 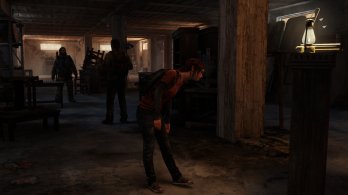 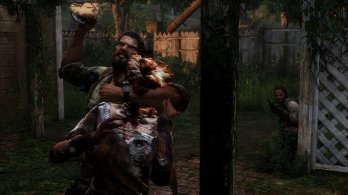 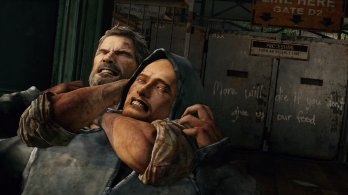 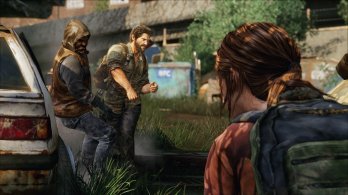 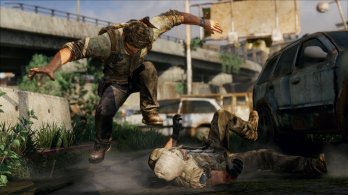 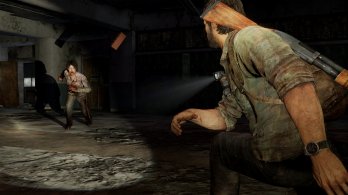 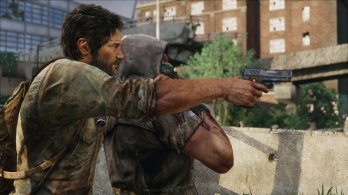 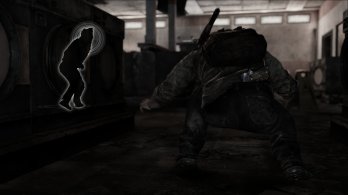 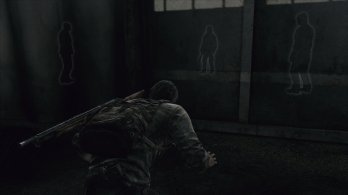