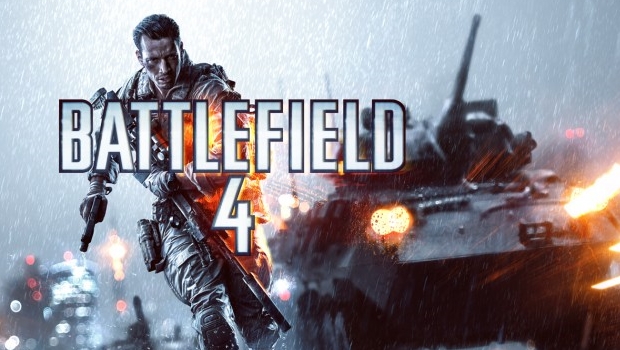 The Battlefield 4 beta opened up this last week, and while we recieved access early, the same problems that impacted the open beta also held us back for a bit. Not being a gamer dedicated to the arena of military multiplayer combat, it’s occasionally refreshing to hop into a game that I’m unfamiliar with to see how the genre is progressing. Make no mistake, I play shooters. Third person, first person – I’m no stranger to pulling the trigger. Thing is, I simply don’t have the time to invest in getting good enough to care about kill/death (K:D) ratios, or learning the nuances of every map – though I can appreciate those layouts and recognize the effort into building a map with strategic choke points as well as occasionally finding a decent sniper hole to hide in.

[singlepic id=16608 w=320 h=240 float=left]So how does it fare? At first blush the textures are unpolished, which I was surprised at given the launch date. From low resolution to experiencing staircases shimmering to their geometric truth (a wedge, since characters don’t actually “walk up and down”), the reality is that the product is currently an online beta which is more likely intended to stress-test networks – pushing video hardware isn’t entirely the point. The other thing to consider is that game development was also probably happening at a next-gen / high-end PC level, and stepping things down to work on the current generation is something we should expect.

There is one map provided and two game modes: in conquest it felt like a big empty world with very little colour. Sure, rubble had rebar sticking out it, there were interactive elements such as working elevators and security posts on the bridge, and there were tons of cat-and-mouse spots as you work your way through the rubble of a war-torn city map. While the elevators sound convenient, it also makes the top of buildings totally accessible. Having to run up stairs and taking aim from one of many random floors has a certain appeal – but that might just be the sniper in me.

[singlepic id=16609 w=320 h=240 float=right]I drove around a bit which reinforced my belief that I’m not a bad driver, but there certainly is room for improvement with my helicopter piloting. As expected you can customize your kit, spawn near locations or on a leading teammate, and of course, shoot people. I was impressed with the lack of lag and the controls were responsive though I was often just a half-tick too slow. I even took the time to work on using the lean mechanic – when you get close to a corner your character automatically angles the gun in hand. If you hold zoom you take cover and can lean around the corner, providing more cover for you to kill others.

For me, this did not happen a lot – and while the beta shows that they’re working to polish the gameplay experience, I found it lacking. Perhaps seeing games on next-gen hardware has spoiled me, but if there isn’t a drastic change on the textures I’d find this game to not keep my interest long (on the 360 or PS3, anyways). It doesn’t help that EA’s other upcoming offering due for early next year, Titanfall, takes the multiplayer game to a whole new level. The contrast leaves me feeling like Battlefield 4 is a decent shooter, but  doesn’t really change things up.

If you have the time and the bandwidth, you may be able to get into the open beta. Solid gameplay, all the multiplayer military trappings including classes and kit customization, vehicle control (as the default combat mode, the other was more intimate), decent cover mechanics has me cautiously optimistic for Battlefield 4 – but with some lackluster graphics and a more-of-the-same feeling you won’t find me at the front of the line for the 360/PC/PS3 midnight launch on October 29, 2013.