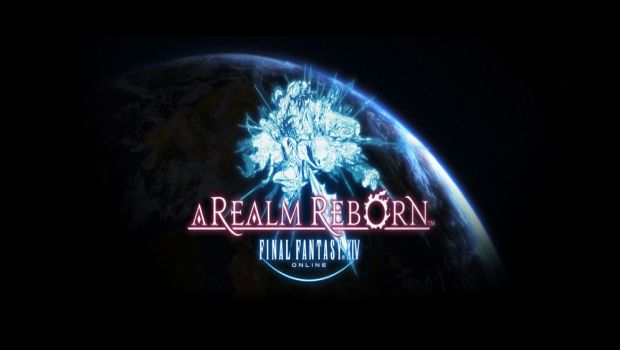 Square Enix’s next stab at the MMORPG-verse is only weeks away, with the final phase of the Beta run wrapping up this week. While it took a while for many to get their applications filed and their Avatars scampering about Erozea, I am happy to say that the current forecast for Final Fantasy XIV: A Realm Reborn is “so far, so good’.

When I first fired up my Beta of Final Fantasy: A Realm Reborn, I was more than a little nervous. While I’ve played a few MMO’s over the years, it was always for very brief periods and my avatars typically found themselves abandoned before they reaped any of the serious rewards these virtual worlds had to offer. In addition to my own limited experiences the reputation proceeding Final Fantasy XIV was… critical, to put it mildly. Granted, the original is far from what the shiny new vision Naoki Yoshida is bringing to us this August, but games like these are infamously easy to get wrong. Including the fact that FF XIV is requiring a monthly subscription when Free-To-Play is the direction the MMO winds have started to blow, this title has more than its fair share of hurdles.

[singlepic id=14539 w=320 h=240 float=left]All these things considered I kept my expectations simple. I would make several characters to diversify my experience, and I would see how my first eight levels with each would feel and if it would make me want to come back. So as the first cut scene loaded and Final Fantasy’s trademark harp strings sang through my living room, I embarked on my journey.

After watching an incredible cinematic introduction, A Realm Reborn guides me into a my character creation screen. There I am met with 5 different races, each with two different ethnic variations. The amount of customization, especially for a beta, blows me away. Even though I am selecting from presets, the detail and care given to each class and race makes them all particularly unique. Just minutes into crafting my character I  already feel the breath of life being blown into them. Just thinking about how this is just the start makes me laugh with joy as I move from the aesthetic choices into the more elaborate lore based zodiac considerations, such as birthdays and patron deities. I’m not sure how this will affect my game in the long term, but for now I make sure to give each of my characters a clear identity.

Soon my character is constructed, their name is verified (first and last) and with the choice of a server I am swept away to my own Final Fantasy story to be.

A new cut scene plays where my character is shown to have more potential than even my considerable imagination had bothered to cook up. The brief series of events turn out to be a nightmare, and my character awakens in one of two different starting locations depending on my class choices during the creation process. My Miqo’te Mage and Elezen Pugilist begin the in the sand washed lands of Ul’dah, while my wee little Lalafell Archer and Hyur Lancer open their eyes to the lush forests of Gridania. Even though the events that take place in these locations are similar, the tones are very different. The authorities of Gridania welcome you with a bit of measured suspicion, while the citizenry of Ul’dah carry themselves with the savoir faire of true city denizens. This narrative is carried throughout all the interactions in each of the locations, and adds an appreciated atmosphere to my wanderings that make them feel different beyond appearance.

The initial tutorial quests do a decent job acclimating me to my controls and the pair of starting locations. Because I’m playing on the PC I decide to stick with my keyboard and mouse, however controller support is an option that I can freely switch to anytime during play. Although I didn’t try it myself, this gave me some me confidence that the peripheral support for FF XIV’s cross-platform features are well thought out. Comfortable that me and my avatar are in synch, I decide to kick off the training wheels and explore.

[singlepic id=14540 w=320 h=240 float=right]After gaining a level or two by completing a few in city fetch quests, I decide to finally get some dirt on my clothes and pick a couple fights. Of my four characters, my Lalafell Archer currently leads the pack as my favorite. Even though I enjoyed the martial combat of my Elezen Pugilist the most, my Archers ability to engage foes at a distance lends itself to the point and click action outside the city walls. Combat is pretty by-the-numbers MMO-style, but the Final Fantasy games have never failed to make the simple into spectacle. Ribbons of energy dance from my character even when I execute by simple starting abilities, all of which reload quickly. It doesn’t take long for me to figure out my preferred pattern of special and auto attacks to fell the smaller creatures of the field well before they enter striking range. This empty confidence lead me to getting in over my head pretty fast when I attempted to fell a Trient twice my level before it could take me down. With my HP tumbling faster that I could replenish it, I feel all is lost before a pair of Lancers come to my rescue. In seconds the two heroes carve the angry tree-beast into tinder, just before a passing Mage casts a healing spell on me because “why not?” My single serving friends disperse without a single word, I assume driven off from the stink of my shame.

After cycling through my characters I step away from the game to gather my thoughts. Although my time with Final Fantasy XIV was brief, it was fun in a way I can get behind. While I commend games which dare to be different, A Realm Reborn seems to be playing the safer card of doing the standard very well. Outside of the thrill I always get in stepping into a new FF universe, nothing in Realm Reborn really took me back. Still, this is an opinion best served with a grain of salt. After all, this Beta test is primarily a shake down to filter out the problems and show goodwill toward the Final Fantasy fans let down a couple years ago. This is still far from a finished project, and any number of things could change between now and the games release. From what I’ve seen I wouldn’t exactly say that I am sold or against a purchase of Final Fantasy: A Realm Reborn, but I am definitely in line for another trial of the experience when it’s firing on all cylinders next month.