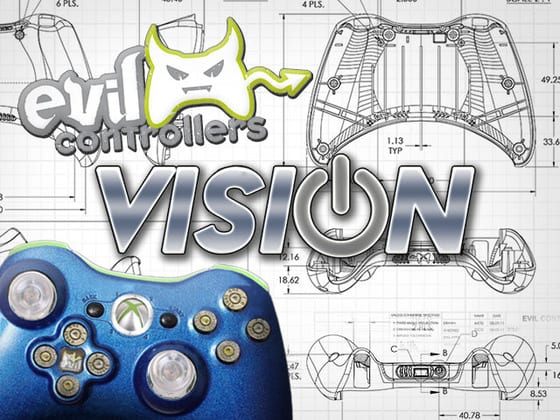 “Please Reconnect Controller” – we’ve all seen that on the Xbox 360, more so if you never went to the rechargeable battery setup in your controller.  Face it, we spend a lot of time and money on batteries.  I took a trip out to South Phoenix to the Evil Controllers headquarters – they want to do something about all that waste.

Sitting down with Adam Coe, CEO of Evil Controllers, we immediately got to the meat of why I was there.  Handing me a controller that looked completely stock, it was surprisingly lighter and I immediately felt that something was missing.  Evil Controllers specializes in adding things to their controllers – specifically over 100 billion different combinations of controllers.  They add thumbstick replacements, they’ve revolutionized the D-Pad, they’ve added turbo functions and much more – put simply they add, but this will be the first time I’ve seen them subtract.

[singlepic id=9784 w=320 h=240 float=left]Flipping over the prototype controller I noticed immediately that the entire back of it was smooth.  Their aim was simple – improve the aesthetics and ergonomics of the controller.  When you look at a wired versus a wireless controller you can see that the only difference is a cord.  If you open up the rechargeable pack you’ll actually find a pair of Sanyo rechargeable batteries no different than the type you’d put into the regular slots.  On the prototype there was no power brick hanging heavy in the center of the controller.  The end result is a controller that is lighter than even that of the PlayStation 3, but can fit your hands without having to curl them under, no matter how beefy.  What is this sorcery?!

The team at Evil Controllers removed the entire underplate of the Xbox 360 controller and inserted a Kindle Battery.  This gives the controller roughly 12 hours of life between charges with a standard USB interface to charge it (a 6’ USB cable will be included).  Since it doesn’t modify the upper portion of the controller, it also allows you to use the Play and Charge kit without any special adapters.  Since most of us simply pop the battery pack for a second to turn off a controller, they’ve also added a killswitch on the back of the battery pack for when you need to shut things down.  If all this sounds interesting to you, then you’ll want to pay attention to this next part.

Evil Controllers went about this the right way – they asked the community if they’d be interested in this concept.  Setting up a Kickstarter, they have laid their plan out for all to see and asked people to vote with their wallets.  It also unveils the two products they intend to launch – a fully modded controller, or a do-it-yourself kit.  The DIY kit will ship with the special wrench needed to open the controller, a replacement backplate (more on that in a bit) with the battery already in place.  Since the circuitry is already in place in the upper part of the controller, no soldering skills are required – you won’t even have to move a single wire.  The pricing model is still a bit up in the air, but Evil Controllers is shooting for something close to a $100 price for a pre-assembled new controller or roughly $25 for the battery pack and backplate DIY kit. Their goal is ambitious – they want to launch this mod a week before Black Friday.  The great part?  The community has spoken – they have 28 days to go on their Kickstarter and only $1235 dollars to go.

Seeing where the Evil Happens – an Evil Factory Tour
Evil Controllers focuses heavily on quality.  They purchase official Microsoft and Sony controllers and use them for the platform for all of their modifications.  They recognize and respect the work that Microsoft and Sony have put into their designs and want to preserve that rather than making a cheap 3rd party knockoff.  They airbrush Gamertags (the new flat backplate will be perfect for this!), they swap out bits and pieces of the controller, they’ll even paint it pink zebra stripes, and it’s all handled by the recently-launched Controller Creator Design panel on their site.  With a company so focused on quality, you would hope they wouldn’t outsource their own part of the equation, and they don’t.  Using carbon fiber printing processes, hand assembly, and rigorous testing, all Evil Controllers are modified and assembled by hand with nearly 400,000 sold to date.  The factory itself is an unassuming storefront that hides a very productive industrial space filled to the brim with people buzzing away at making these controllers even better.[singlepic id=9774 w=320 h=240 float=right]

To sit and explain how much better these controllers are by simply describing them is a difficult proposition.  Certainly it’s not hard to imagine that, for a few dollars more we might have had an awesome D-Pad on the 360, or better thumbsticks, but being able to mix and match to your heart’s content requires a bit more imagination.  What if you wanted PS3 style thumbsticks on your Xbox 360?  What if you wanted ABXY buttons that look like bullets?  What if you wanted to go nuts, paint the whole thing purple, put shoulder bumpers that light up red, and make your Ring of Light (which, by the way, was patented by Evil Controllers, not Microsoft – how’s that for trivia?) light blue?  All of that is possible, but seeing is believing.  To that end, Evil Controllers is setting up a kiosk in the very-popular Scottsdale Fashion Square Mall to get their controllers into the hands of eager gamers so they can see and feel the quality difference.

[singlepic id=9785 w=320 h=240 float=left]To close out my tour of the factory, we talked about some fun stuff, as well as something near and dear to my heart.  Adam pulled out some controllers that have to be seen to be believed – their concept controllers.  A mirrored controller with two D-Pads as well as two thumbsticks.  A controller with four thumbsticks, with the second pair replacing the D-Pad and face buttons. He also brought out an Xbox 360 controller that had been modified into a PS3 non-offset layout.  It was very clear that if you can dream it, and there are enough people interested, these guys can build it.

I have friends and brothers that were injured in battle, so it is great to hear that Evil Controllers is continuing to support “Accessible Gaming”.  Working with AbleGamers.com – a foundation dedicated to helping players enjoy our favorite hobby, no matter their situation.  The Evil Controller team works hard to help these gamers and I’ve seen the fruits of their labors.  A controller with the thumbstick relocated to the bottom, button layouts moved to new positions, and other special modifications are just some of the great work they’ve done to enable players.  Very gratifying work indeed.

A little Kick for the Kickstarter
By the time you read this, Evil Controllers will have come even closer to reaching their goal.  Controllers are like monitors, sound systems, and mice – they can improve the experience for every single game you own.  To that end, it’s worth investing in a good one.  While I personally believe the Xbox 360 controller is the best of the three for the current generation, I also recognize the same deficiencies that Evil Controller has cited.  While this generation of consoles are coming to a close in the next year or two, this project opens the door for future efforts as well.  The whole concept of Kickstarter is to show your interest in opportunities like this – I don’t know about you, but I’m very interested.

UPDATE:  Kickstarter has reached their goal!  Check out the Stretch Goals for some additional items, but it looks like we’ll see this product come to fruition.   You’ve still got time to get in on the action! 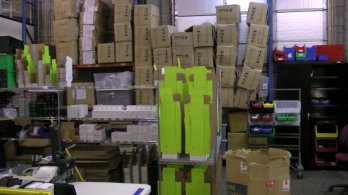 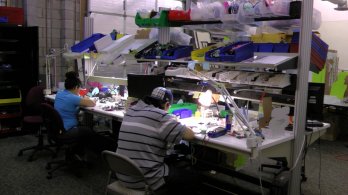 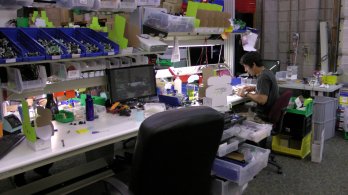 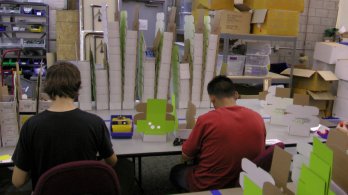 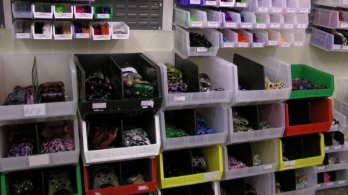 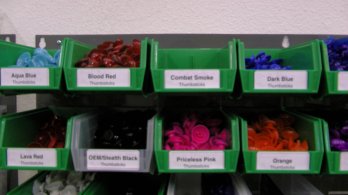 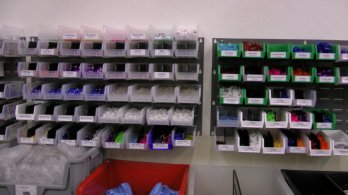 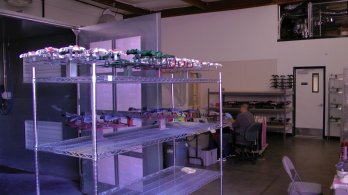 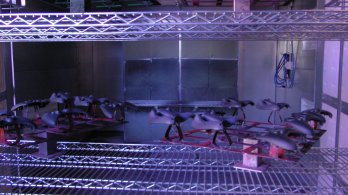 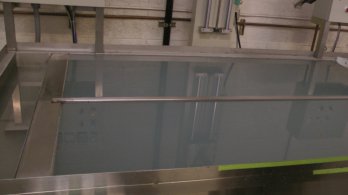 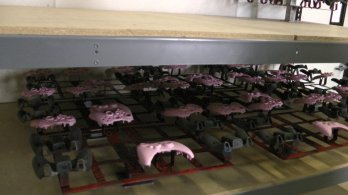 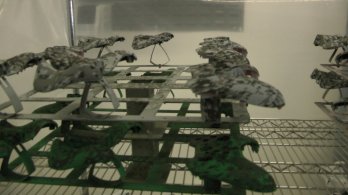 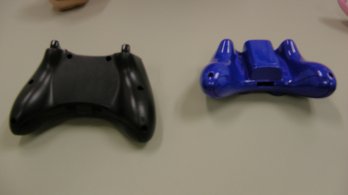 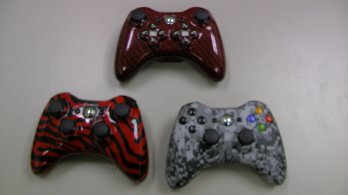