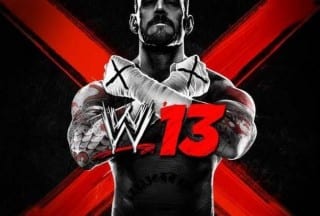 I am not a wrestling fan, anymore but about 10 years ago, I was completely hooked on the sport. The larger-than-life characters sucked me in. I tuned in to Raw and Smackdown every week for my dose of Stone Cold Steve Austin’s anti-authoritarianism, Mankind’s wacky insanity, the Rock’s smooth charisma.  Apparently I wasn’t the only one who really liked those characters, because that’s the very era of wrestling that the newest edition of the WWE video game franchise focuses on.

[singlepic id=9326 w=320 h=240 float=left]The centerpiece of WWE 13’s single player gameplay is the Attitude era storyline, in which the player relives one of the major periods in the WWE’s rise to prominence over its competitors. When you first start the mode, you’re shown a nicely edited video setting the scene: it’s 1997, and the WCW’s Monday Nitro is drawing viewers away from the WWF’s Monday Night Raw. Raw’s ratings are flagging, and something needs to be done. To improve ratings, the WWF re-imagines itself as an edgier, more adult themed alternative to the WCW, and you get to relive all the action by playing some of the most important matches of the time. Before every match you’re shown a short cinematic that sets the stage for each fight. They do a great job of introducing the dramatis personae as well as explaining why this match is important, even to wrestling know-nothings like me.
[singlepic id=9330 w=320 h=240 float=right]The actual matches in Attitude Era matches have a few twists from normal quick play matches. First of all, you’re thrown into a match with no chance to chose your character. Second, you’re given two sets of objectives to complete. The first set are the objectives needed to progress the story, and are usually pretty general, like “Win the match.” The secondary objectives are harder to get—“win the match by pinfall within 10 seconds of using your special finisher”—but are designed to help you recreate the historical match. If you’re good enough to get these bonus objectives you’ll be rewarded with unlockable alternate uniforms, photos, and videos.
This is where I went when I got my hands on the game, and the first match in Attitude Era is a bout between Shawn Michaels and Mankind. The match ended up being a long slugfest, with neither character able to beat the other. I was losing the advantage, when Triple H ran into the ring and ended the match in my favor. I was shocked at this turn of events, but I was laughing as I finally got the pin on Mankind.
[singlepic id=9321 w=320 h=240 float=left]The other single player offering is a more general career mode called WWE Universe.  In this mode you’re basically taking over Vince McMahon’s job—you can decide what shows are airing, what day they air, and so on. Once you’ve decided on your TV lineup, you can go in depth into the stories and scenarios the WWE is known for. Paul Heyman, a former writer for WWE, was heavily involved in writing the stories and scenarios you’ll encounter. “Writing the storylines for [WWE 13] was pretty much the same as writing for the WWE,” he said,” except that I didn’t have Vince McMahon yelling at me all day long.”  You can find more info about WWE Universe mode in the video below.
There are also several new match types in single player and multiplayer modes. The highlight of these new matches was the “I Quit” match, in which the only condition for victory is forcing a submission from your opponent. To avoid submission the opponent must complete a short minigame. It’s a neat match type, and leads to some brutally long fights. The other new match types are your classic 3v3 or 1v1v1 Triple Threat matches which are interesting additions, but nothing special.
Multiplayer gameplay has gotten a few tweaks for this year’s edition. The developers assure us that the server problems that plagued WWE 12 are gone. One thing I’m grateful for is the new “Fair Fight” mode, which restricts all players to the stock characters and move sets. The result is the exclusion of custom characters equipped the best stats and moves, which is a nice touch, considering how gamers love to optimize their builds.
[singlepic id=9327 w=320 h=240 float=right]No professional wrestling game would be complete without an option to create custom characters, and WWE ’13 delivers in spades. The character creation interface is great, and I was able to knock off my custom wrestler—a Dr. Manhattan lookalike complete with glowing blue skin and white eyes—and get him into the ring in 5 minutes flat. But the customization options don’t stop there. You’ll also have the ability to create new arenas by remixing the existing stadiums with custom colors, logos, and venues. The options here seemed somewhat less extensive than with character creation, but it was fun to mess with Smackdown’s backdrop for a while. And if all that wasn’t enough to scratch your creative itch, you’ll also be able to create custom storylines, complete with cinematic cutscenes. My attempts at a custom story involved a quest for revenge after an unknown assailant blew up the protagonist’s car backstage. The whole thing was pretty rudimentary, but there’s a lot of fun to be had in writing.

As I’ve already said, I am not a big wrestling fan anymore, and I haven’t played a wrestling game since Wrestlemania 2000 on the N64. You’d think I’d be pretty lost once the game started, but I was shocked to find that I could manage the controls pretty well. It seemed like a lot of the basics I remember from a 12 year old game held true. Then again, the controls were deliberately kept simple for new users, according the game’s creative director Corey Ledesma,  “The controls of the game aren’t overly complex…We want you to be able to pick up the game press the A button—the first button you end up using—and pull off moves.” They certainly achieved that, as even a complete noob like me was able to pull of suplexes, DDTs and flying leg drops like the best of them. The matches felt properly brutal, yet never lost that sense of showmanship that pervades professional wrestling.

[singlepic id=9329 w=320 h=240 float=left]All in all, I’d have to say that I was pretty impressed with what THQ has done with the latest iteration of the WWE franchise. I’d probably be willing to give the game a shot, which is a significant achievement given my antipathy for professional wrestling. WWE 13 be dropping onto PS3, Xbox 360, and Wii later this month, and you can keep an eye out for our review.