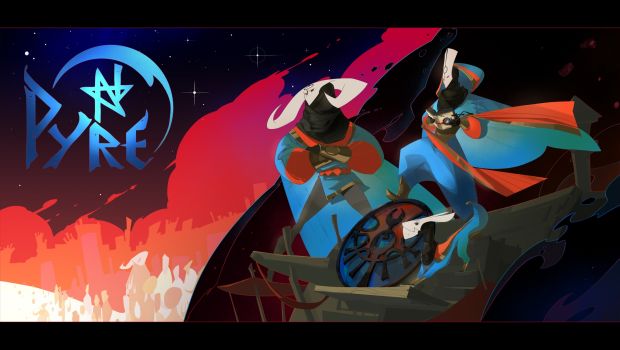 The last thing I would have expected from Supergiant Games was an action-sports game. Makers of Bastion and Transistor, their new title is something that seems strange for a team so well-versed in atmosphere and storytelling. But their games have never really fit a mold with each other in that way, and Pyre similarly melds the beautiful art and writing Supergiant is known for with a genre yet-unexplored by the studio.

In Pyre, you play as an unseen exile, an unvoiced protagonist cast out from the Commonwealth into the Downside. You’re quickly taken in by three rogueish exiles called the Nightwings. They ask you to read from a book they’ve found, to help them escape from the exiled wastes and earn their freedom.

As you read the book they’ve found, you learn the key to freedom is through the Rites, a series of rituals the Nightwings must compete in to seek enlightenment and earn their freedom. These rituals resemble, in an odd way, a sort of black-magic sport — to win the Rite, you must extinguish your foe’s pyre, while protecting your own.

An orb in the center is the ball of play, as the ball carrier must either thrust the orb into the flames or carry it in themselves. Blocking you will be your opponents and their auras, the radial emission they create when still. Touching an opponent’s aura banishes your player, removing them from the field of play for some time and dropping the orb. You can only command one Nightwing at a time as well, so you need to carefully plan your strategy, cautiously advancing while leaving a rear guard in case of a sudden offensive push.

It’s remarkable how much it felt like a game made for competition and sport, reminiscent of NBA Jam as much as it was of Bastion or Transistor. During my demo with Supergiant’s creative director Greg Kasavin, he told me about Pyre and his time with sports games, or rather, action games. He described to me how he sought to create an interesting game, but not a game centered solely on the sport — especially on the victories.

You can lose in Pyre, and it doesn’t mean a game over. Rather, it’s about the journey; learning through both your wins and losses is a critical portion of the Rites, and it fascinated me when I played. Knowing I didn’t have to win to proceed intrigued me, as I felt I no longer was playing against a system, but playing within it. Without the burden of progress, I was able to experiment, try new ideas, and fail without feeling like I was straying from the critical path.

Our demo of Pyre was short and sweet, conducted in a style that felt wholly unlike E3 proper. Sitting in a back hallway, with my editorial companion and I passing back and forth the controller for a laptop, while the other either watched on or chatted with Kasavin about the game. It was quiet, humble, conversational, understated — it resembled many of the things I came away loving about Pyre.

The clever gameplay mechanics, something akin to a sports game with the fittings of Oregon Trail, mixed with the art and music Supergiant is known for, all combined for a truly excellent demo. Pyre is many things, but none of those are resting on the laurels of its studio’s predecessors.

Look forward to more about Pyre as we approach its release window in 2017.