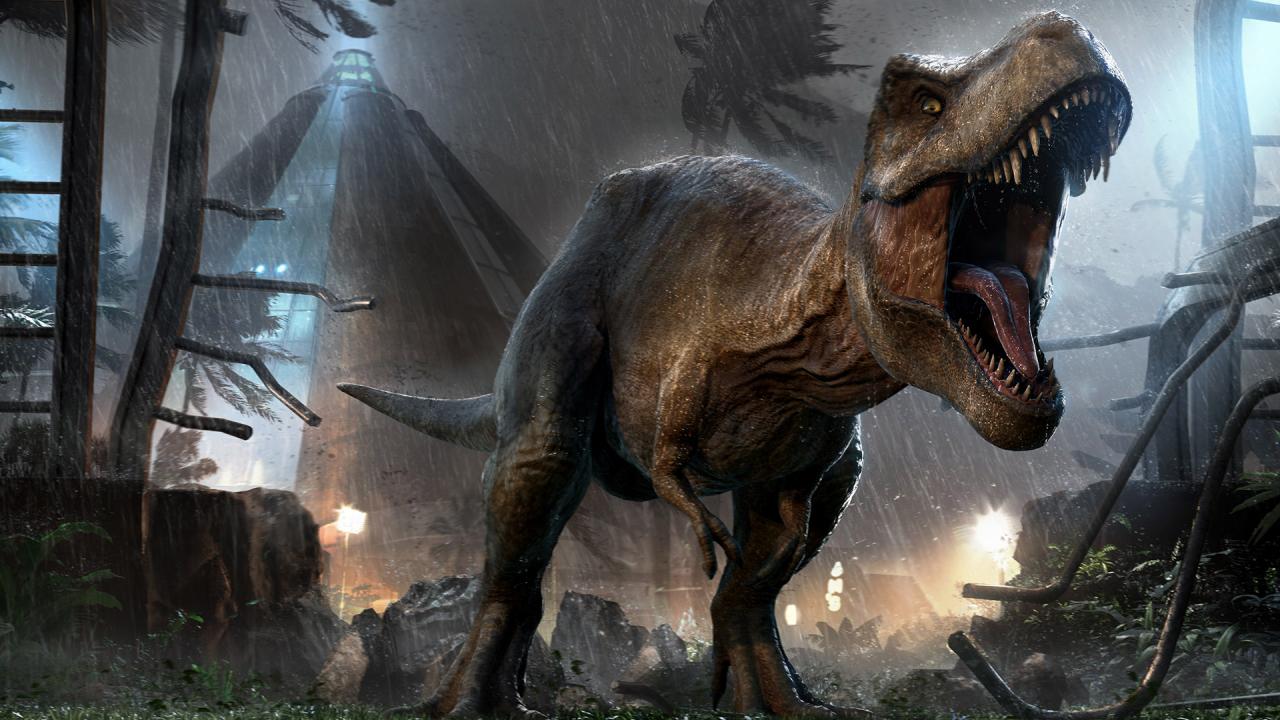 When the epic score from John Williams formally introduced us to Jurassic Park back in the 90s, it sent shivers down my spine as a kid. Who doesn’t love dinosaurs? I had that same whole-body reaction when I heard that familiar music playing Jurassic World Evolution (my review on PC). The team at Frontier took everything they’d learned from their other simulation games and brought dinosaurs to life in a park builder that is equal parts soothing and terror-inducing when things go wrong. As we look to next summer for Jurassic World: Dominion to stomp into theaters, Frontier channeled their inner Ian Malcom and tried to “find a way” to bring their dino park builder to the Nintendo Switch. I’ve recently gotten my hands on a very early build ahead of the November 3rd release date, so let’s dive in and see what fans can expect.

For the first hour of the game I played undocked as that’s the biggest lure for the Nintendo Switch. It’s very clear that Frontier put a lot of work into making the menus that were once built for a high resolution screen work for the tiny display on the Switch. I was surprised at how seamlessly the whole user interface translated from mouse to the controls of Nintendo’s tiny console. Even though this code is early, the only time I saw the framerate wobble while undocked was during heavy rain. The team at Frontier has plenty of time to iron that out, so it’s encouraging to see it already in such a solid state. 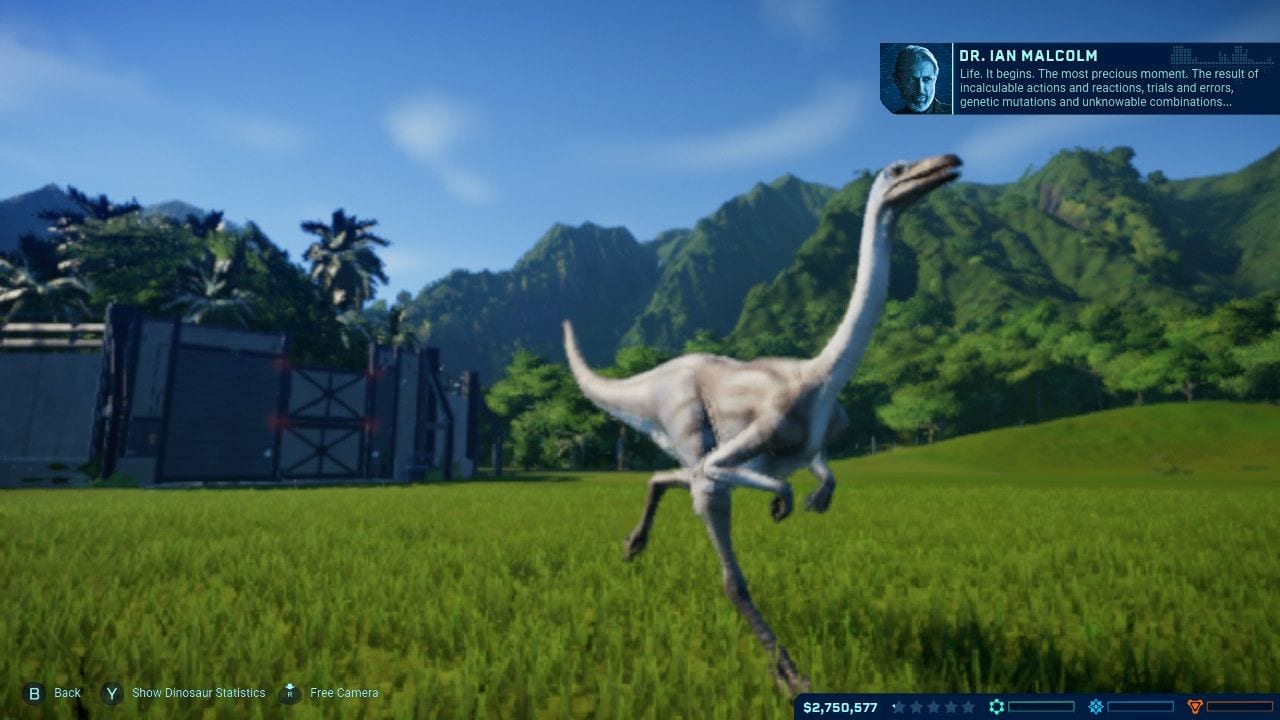 Obviously getting this game to run on just 1GHz of processing power when undocked is a feat in and of itself, but there are obvious concessions. The game isn’t quite as crisp as their more powerful console or PC counterparts as you might expect, and some of the rich detail is not quite as clear while on the go. Still, being able to build my park while stuck in line at the DMV or waiting to vote is something fantastic. While we are all supposed to be staying six feet apart, another Switch-using gamer in the voting line was very interested in what I was playing, how I got it, and how he could play it for himself. Guess everyone does like dinosaurs after all.

Throwing the Switch into its dock avails itself of a bit more system memory and CPU speed, and the results on the game are dramatically different. The texture detail and aliasing come up to nearly what we see on the far more power Xbox One and PlayStation 4. The rich texture work on the dinosaurs, environment, and buildings becomes significantly more clear. The user interface scales appropriately, delivering all the information I need sitting six feet away from my TV, just like it did when I was sitting just 2 feet from the undocked screen. 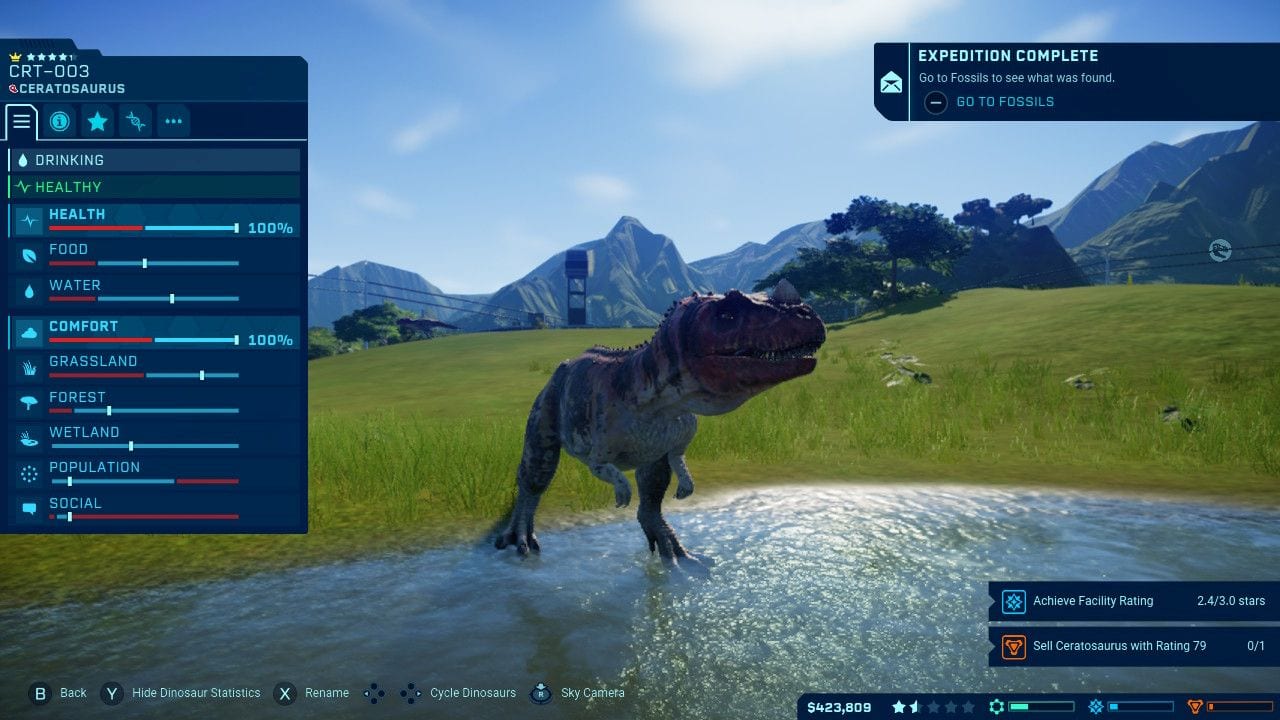 When docked, it nearly matches up with the XB1 and PS4 version

I have to commend the Frontier team — they’ve done a great job with porting Jurassic World Evolution onto the Nintendo Switch. Even at this early stage, the game runs extraordinarily well, and the minor concessions they’ve had to make to allow us to take our dino park building on the go are worth it. We’ll be keeping a close eye on this one as we roar towards the November 3rd release date on Nintendo Switch.