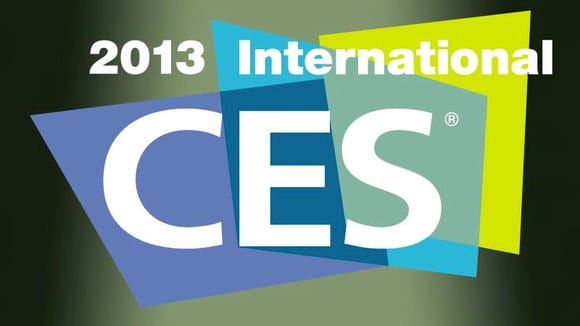 Before the doors open to CES tomorrow morning, we have our first preview from the event.   Greg Skinner is on location and wanted to give us a quick look at what’s to come.   If you are unfamiliar with this particular trade show, here is what you can expect out of the Consumer Entertainment Show –

The Consumer Electronics Association (CEA) is the owner and producer of the International CES. CEA is the preeminent trade association promoting growth in the $186 billion U.S. consumer electronics industry. More than 2,000 companies enjoy the benefits of CEA membership, including legislative advocacy, market research, technical training and education, industry promotion, standards development and the fostering of business and strategic relationships. All profits from CES are reinvested into CEA’s industry services. Find CEA online at CE.org and Innovation-Movement.com.

Expect some fantastic previews on the best gear for 2012.   We’ll be looking at what is making gamers heads turn, as well as some eyes on consumer electronics as a whole.  Click after the jump for the full look at the press preview!

Hello from sunny Las Vegas, the home of the 2013 International CES. I arrived in town last night and immediately went to the Mandalay Bay conference center to jump right into the CES Unveiled press preview. This preview area is where the various winners of the CES Innovations awards were able to give the visiting press a little preview of their new products, chosen for outstanding design and engineering.

This year’s award for the Gaming Hardware & Accessories category was the new S.T.R.I.K.E. 7 Professional Gaming Keyboard, which features a highly adjustable physical layout along with a smartphone-sized touch-screen, allowing for on-the-fly adjustments, macros and even character status displays. I will be stopping by their booth on the main show floor to check this out in more detail.

LG Electronics had their 84” Ultra-High-Definition screen on display, and it was stunning. The color fidelity and amazing 4k resolution showed just how much more a company can get out of a high-end display. I don’t know if it’s worth the $20,000 price tag, but the technology is very impressive. Not to be out-done, Samsung Electronics was there with their 85” UHD TV, besting their fellow Korean rival by one inch, though at that size, I could not tell any differences.

Today is the official Press Preview day, the actual CES show doesn’t start until Tuesday, but there is an entire Gaming Showcase Techzone to see once things open, and I hope to get some time with some new and interesting gaming products. I know that several Android-based gaming systems are out on display this year, and with the release of the new Nvidia Tegra 4 chip, things are going to be getting even more interesting in mobile gaming.

Things were sent askew last night during the Nvidia press conference, as they  unveiled, along with the new Tegra, their secret weapon, code named “Project Shield”, a stand-alone handheld gaming system that was a total secret before the announcement. It’s like a large Xbox360 controller, but with a 5” 720p “retinal” multi-touch screen, speakers, HDMI, 802.11n MIMO wifi, microSD and , of course, Android 4.1 Jelly Bean. If that screen isn’t enough for you, the HDMI out can be used.   While HDMI is now standard equipment, even on portables, a new feature is true 2-way streaming functionality , allowing  you to play your PC games while sitting the couch (provided you have an Nvidia GPU in your PC) or stream your Android games to your TV. Before you ask, there is no information on pricing or availability. This is the unexpected device, and should rock many boats at this show, which is why we all pay attention to these trade shows anyways, right?

I’ve got my comfortable shoes on my feet and an empty bag for paperwork, and I am ready to tackle the biggest electronics trade show in the country. I will be posting an update nightly while I am here, so keep an eye out for them as they become available.