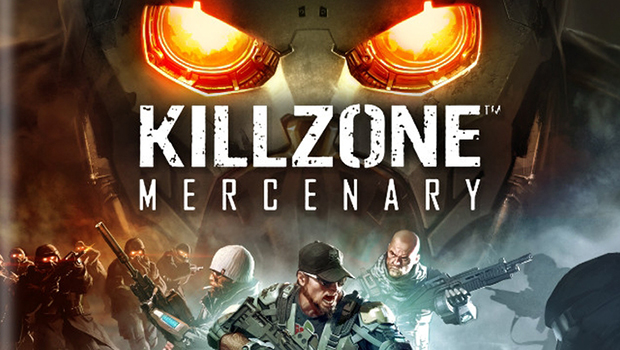 When the PlayStation Vita was first revealed, much was made of the inclusion of dual analog sticks. This control scheme was expected to be the missing link between the mobile platform and a quality first-person shooter experience. But after Call of Duty: Black Ops Declassified arrived and was subsequently panned by critics, Killzone: Mercenary is left to pick up the slack. Does this game have what it takes to revitalize the FPS genre on the Vita? I recently sat down with a preview build and played through a level of the upcoming game to find out.

Through the previous titles in the series, Killzone players have been lulled into a universe of good versus bad, light versus dark, ISA versus Helghast. Killzone: Mercenary muddies up the waters a bit. Instead of casting you as another member of the ISA forces pitted against the vicious Helghast, this game puts you in the shoes of a mercenary. You’re a contractor. You don’t take moral sides, you sell to the highest bidder.

In the mission that I was able to play, you are being hired by the ISA to infiltrate a Helghast base and take control of the Arc Cannons there, anti-aircraft guns that had made it impossible for the ISA to successfully invade. While I’m intrigued at the idea of playing against the ISA, the familiar fight against the Helghast felt as comfortable as an old shoe.

[singlepic id=14575 w=320 h=240 float=left]After a particularly pretty opening cutscene, you watch your character flying to the enemy base using a glide suit, narrowly missing several hazards en route. After landing just outside of the base and putting you in control, things feel decidedly like Killzone – a feather in the cap of the developers hoping to mimic the style of the core game. The trademark “heavy” feel of the previous titles is intact, as is the dark, industrial setting and impressive visual fidelity, thanks to a modified version of the Killzone 3 rendering engine.

While Killzone: Mercenary is not being developed by Guerrilla Games – the development house that has handled the core Killzone games – it is not far from the masterminds of the franchise. Sony has restructured SCE Cambridge Studios and renamed them Guerrilla Cambridge, now a development branch of Guerrilla Games. This new branch has handled the creation of Killzone Mercenary, which goes a long way to explain how this handheld title manages to feel much like the core games.

Though, there are still clear differences on the Vita. At first glance, the user interface seems a bit crowded, polluting the attractive gameplay with too much information. But in practice, it is quite functional and makes great use of the touch screen. Icons for switching weapons and arming grenades are positioned on the screen just to the left of your right thumb, making them simple to tap at a moment’s notice in the heat of battle. And the persistent minimap in the lower left of the screen is both extremely useful and minimally invasive.

[singlepic id=14576 w=320 h=240 float=right]Your first task in this mission is to find a security override to open the base doors, enabling your entry. But after only your first few steps, you’re liable to notice a trunk with which you can interact. One of several strewn about the mission map, this trunk serves as a store, a communications link to an arms dealer named Blackjack. The money you earn while carrying out your missions can be spent here on varying types of armor and weaponry.

You can also purchase different types of VAN-Guard systems here, special abilities to call upon when the battle situation calls for them. They can range from a remote controlled, flying covert drone to a shoulder-mounted homing missile system. You can even call upon a particle beam from orbit to take out an enemy. Once purchased, you choose a single ability at a time to be equipped and executed at will, albeit with a very slow cooldown. And if you come across a trunk elsewhere in the mission, the equipped ability can be changed – as can weapons and armor – to suit multiple situations.

As you approach your first objective, you may be surprised to find yourself in a crouch, sneaking up behind a lone enemy and silently dispatching him. Killzone: Mercenary embraces stealth, offering opportunities to soften up the enemy forces by creeping around and quietly taking them out. It’s not always an option, though, as this game’s calling card is the gun play. Still, the stealth mechanics do offer additional depth to the familiar Killzone method, but using the touch screen to swipe a melee attack feels as unnecessary as ever.

[singlepic id=14577 w=320 h=240 float=left]If you are seen, you’re given all the tools you need to scramble and hide from gunfire. A tap-hold on the Vita’s rear touchscreen enables you to sprint across the map to find cover. From there, popping out, holding the left shoulder button to aim, and pressing the right to fire feels natural and satisfying. Finding headshots on Helghast troops is surprisingly akin to the core Killzone titles. Enabling the function to use the Vita’s motion sensor to help fine-tune the aiming also makes it a bit easier to hit that distant pinpoint when using the scope.

As you make your way through the remainder of the level, taking out Helghan soldiers and collecting their dropped ammo, your character will earn experience and level up. Only having access to a single mission leaves the purpose of the leveling system up to our imaginations for now, but I’m excited to see where that leads in the completed title.

Killzone: Mercenary promises a lot – including the series’ biggest weapon loadout yet – and the success of the game may ultimately depend on the quality of its multiplayer component. While much of that remains to be seen, as I completed my playthrough of this single-player level, I was left with a renewed hope for the FPS genre on the PlayStation Vita. The dual-analog shooting gameplay felt closer to console-quality than ever, and the user interface was clearly designed with functionality in mind. As such, the core concepts needed to make this game a success appear to be in place. Perhaps it can be the title to successfully carry the FPS torch to mobile devices. Killzone: Mercenary is slated for a September 2013 release and will be published by Sony Computer Entertainment on the PlayStation Vita.