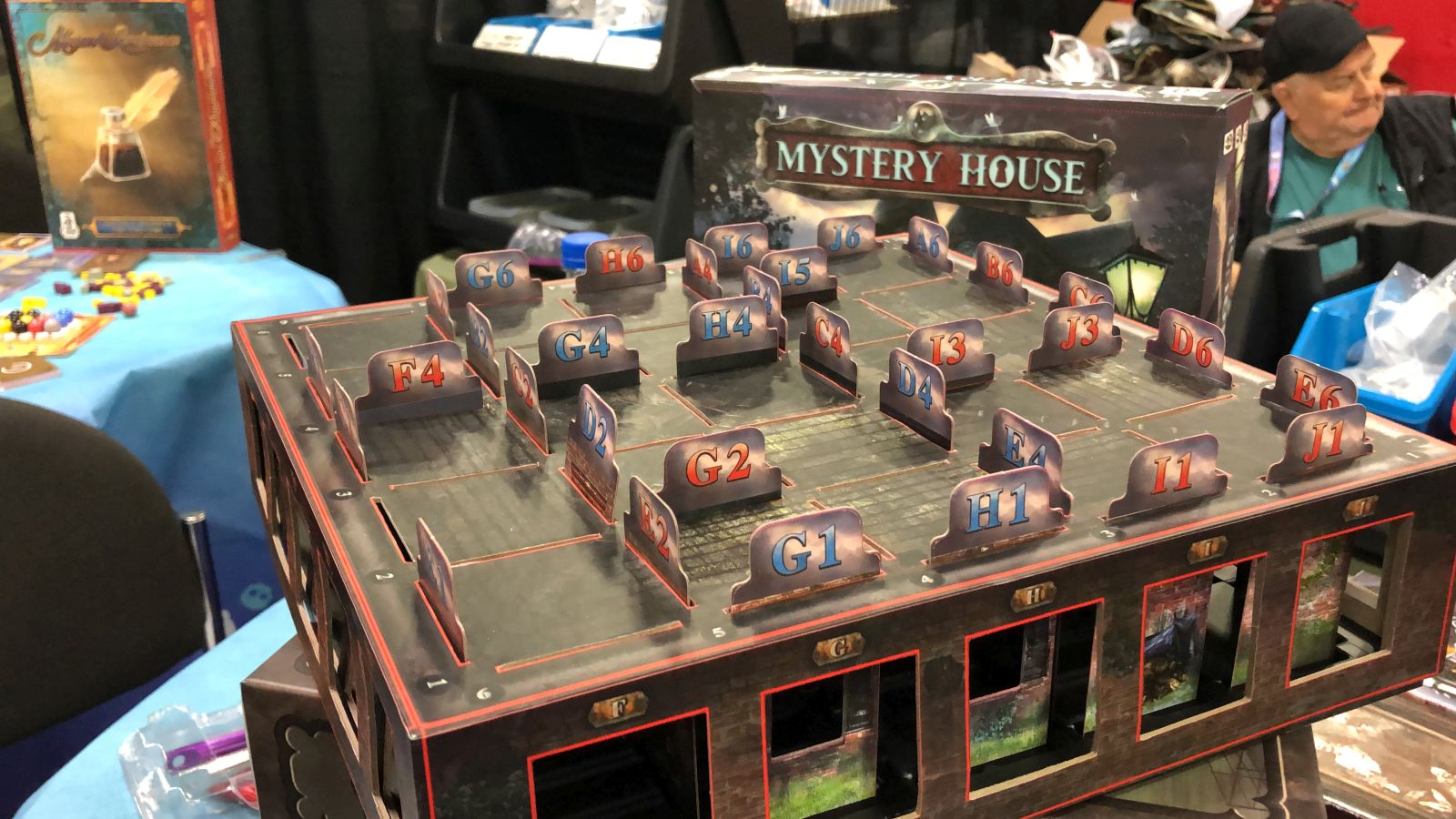 Usually when talking uniqueness in the board game arena, a new mechanic or combination of mechanics is mentioned. However, sometimes a new perspective may be needed. Cranio Creations is changing how you view a board with Mystery House.

Mystery House is a cooperative escape room style game that plays one to five players, but looks to be optimal for four players. The board for Mystery House looks to be almost as deep as a standard square Ticket to Ride and slightly smaller as well. The outside of the box contains five cut out holes that allow you to see all the way through the board area. Enigma cards slide through slits in the top of the board area, forming the rooms and passageways within the house. These form the setting for the scenario for the game. 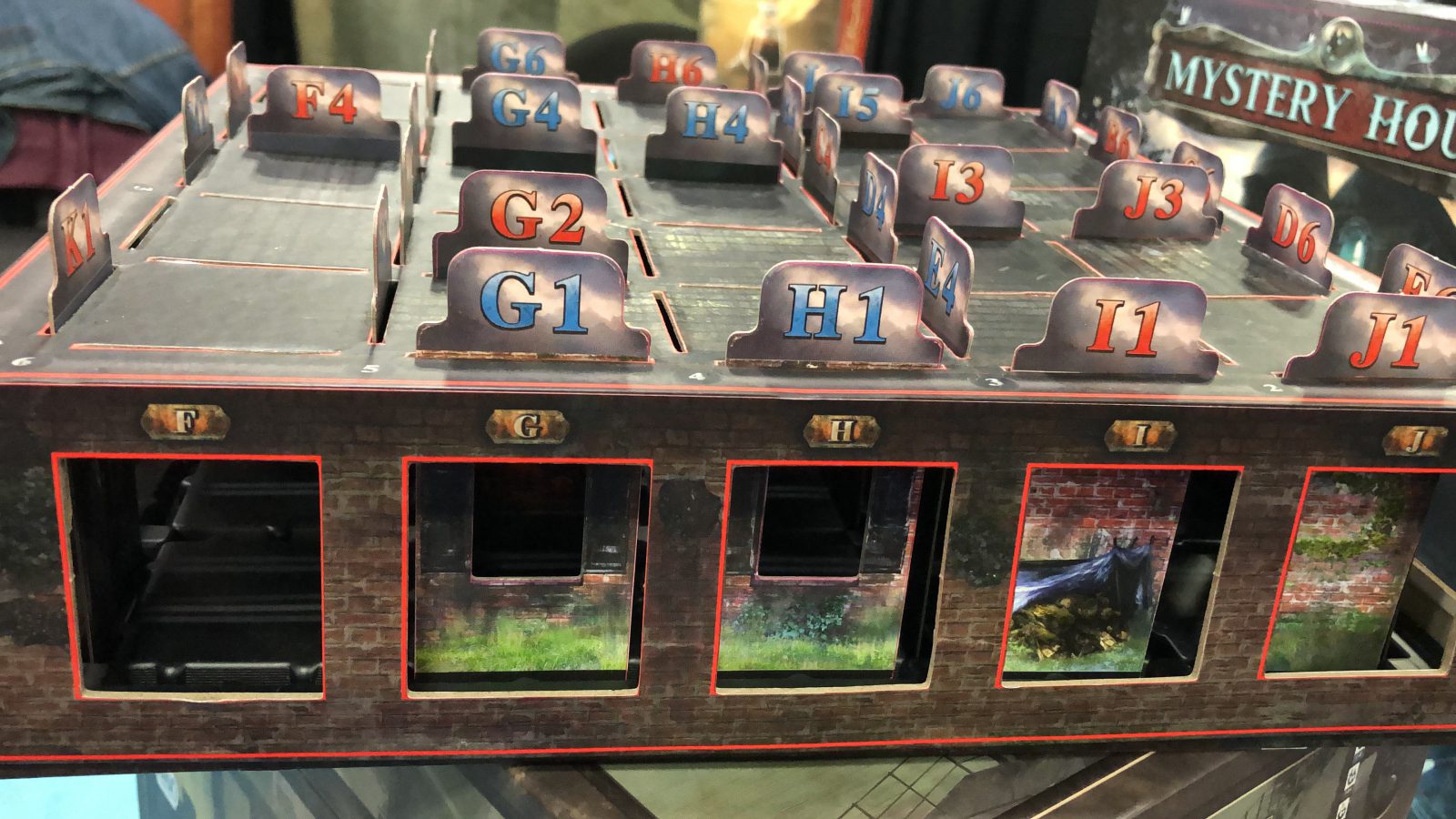 Players are given instructions for the objective of the scenario through an app. They must discuss what they can see inside the house to the other players, but they can only see into the side of the board that they are facing. Included are some mini-flashlights to help players look into the house and see around the corners created by the enigma cards.

The app not only helps you proceed, but will track your progress and see how close you are to escaping. The game gives you an hour to escape, so you’ll need to be observant and communicate well with your fellow players to make it in that time. The base game will come with two adventures out of the box, with more available after that. However, it doesn’t sound like the app will randomize any parts of the scenario, so once you’ve been successful you probably won’t have any reason to play through it again. 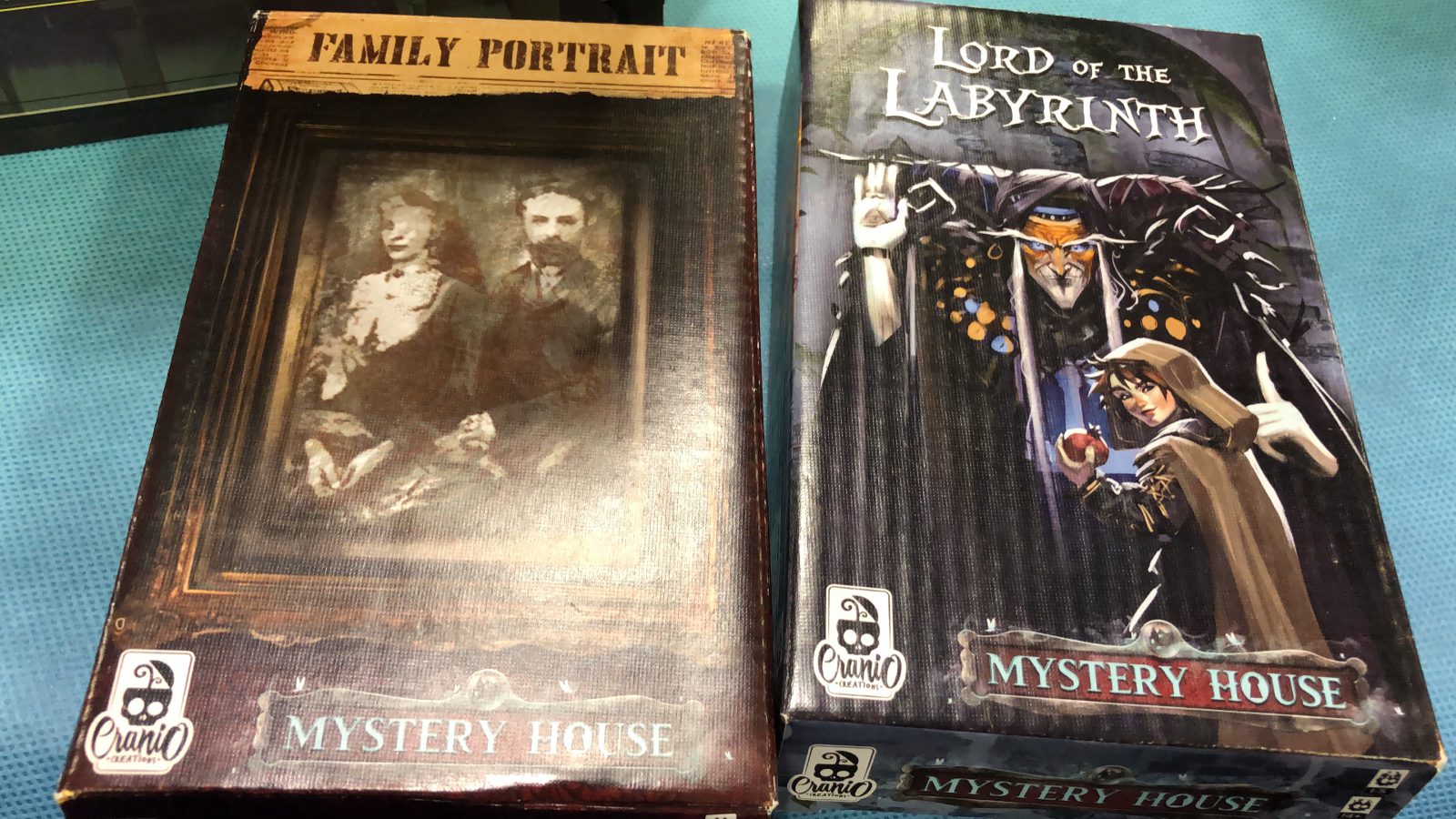 Fans of escape rooms or adventures like TIME Stories should keep an eye out for Mystery House. If Cranio Creations can provide enough value through the base game and expansions, it looks like a great way to introduce board gaming to non-gamers.