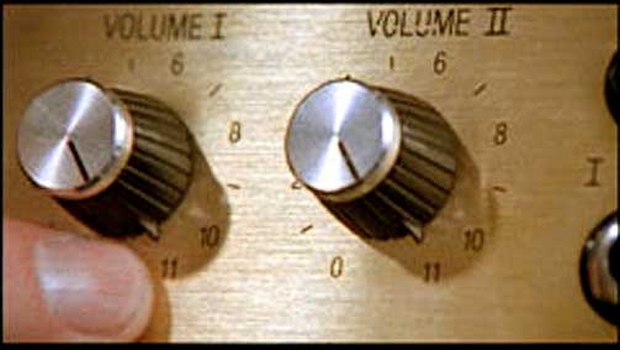 It’s a fact – I still play Rock Band 3 every single week with my family. I’m probably the only one still propping up the plastic instrument market. I’ve been a percussionist all of my life, but my wife has known for a long time that I’ve wanted to learn how to shred for real. After seeing Rocksmith 2014 at E3, I gave it more serious thought as Ubisoft showed us just how easy it could be to learn guitar. Apparently, I’d talked about it quite a bit as shortly after E3 my wife purchased me a nice little starter guitar, an amp, and some tablature for my birthday. Over the last few months, I plunked away at Youtube but I’ve not had as much success as I might have liked up to this point. When Rocksmith 2014 showed up for preview, I found my rock and roll fantasies reinvigorated. I couldn’t think of a better way to test out the claims that Rocksmith 2014 is the “fastest way to learn guitar” than to try to do exactly that. This preview will show what two weeks of dedicated time with the product could do to help me get on the path towards being able to honestly say: “Yes, I can play guitar.”

Booting up Rocksmith 2014, it was immediately clear that they’d intended to back up every bit of their claim. Starting off with a quick question as to whether I was a beginner, novice, average, experienced, or very experienced as a guitar player, the game proceeded to then ask what guitar type I’d like to play – lead, rhythm, or bass. Finishing out my selections stating that I’m right-handed and using an in-line 6 string, I got to work calibrating the guitar. It was time to get started on the basics.

[singlepic id=16448 w=320 h=240 float=left]The team at Ubisoft San Francisco have worked hard to make this game a complete teaching tool as well as a fun experience. Vastly expanded from the previous game, Rocksmith 2014 now has over 85 lessons to show you literally everything that you’ll need in order to know how to play. From how to attach the strap to your guitar to doing half and full bends, the game covers hammer-ons, pull-offs, slides, chords, and most thankfully finger positioning with tutorials that you can fast-forward and rewind in sections. This allows you to watch and re-watch anything that is confusing for you.

It’s not just the tutorials that have received the royal treatment. There is a deluge of new features in 2014 that help would-be musicians build their craft. The biggest one has to be the Riff Repeater. Riff Repeater takes the most pertinent section of a song and gives you the opportunity to adjust a laundry list of variables to help you master the techniques. Difficulty, speed, acceleration, error tolerance, and more help you start from a slow-paced exercise and build up to a full-speed riff. Mastering the fingering is a process, and Riff Repeater is a simple but effective way to tackle it.

Beyond the Riff Repeater, Rocksmith also now analyzes the way you play and makes intelligent recommendations on what three things you might practice to refine your efforts on a particular track. The game looks over the areas where you are struggling and suggests that you might “Review the Accents 101 Lesson” or “Check out E5 in the Chord Book” for finger placement help. These change as you get better, so you’ll always have some sort of suggestion on how you can improve based entirely on your current skill level.

The best part about all of these new elements is that they are forward-compatible with all previous tracks you may have downloaded for the original Rocksmith. They will inherit all new features and capabilities for those tracks.[singlepic id=16441 w=320 h=240 float=right]

Beyond the tutorials and suggestions, Guitarcade has also returned as a welcome distraction to help teach you new techniques. The vastly expanded minigame list has all been retooled with higher resolution graphics (though still awesomely 8-bit), storylines, and generally a little more ‘meat on its bones.’ There is one that resembles a blend between Mario Bros. and the game Chopper for iOS, having you strum to make your Luchadore character rise and fall to appropriate heights to reach for score-enhancing bananas. Another called Star Chords is like a first-person flight sim, letting you shoot down enemy ships by playing chords to help you get your fingers in position comfortably and quickly – a valuable skill, and a damned cool minigame.

Return to Castle Chordead is similar to Sony’s House of the Dead series, asking you to pick chords to shoot zombies. Scale Warriors is similar to River City Ransom, asking you to hit scales between 5 and 8 on the fretboard to defeat ninjas and help you learn finger placements for various notes. Ninja Slide’n teaches you how to slide between frets by sliding your ninja between towers without overshooting. In all, there are now eleven minigames and score attacks against all the songs in the game, as well as leaderboard challenges like reaching a certain score or improving your existing score by a specific amount.

[singlepic id=16440 w=320 h=240 float=left]The most frequently seen upgrade you’ll find in Rocksmith 2014 is the all new note highway. The notes now show more than just where you need to strum them, but also have tails that show exactly what you should be doing to said note. For instance, you can now see where where and how you should slide between frets. You can also see whammy indicators, full or half note steps up or down, and a tremolo. What’s a tremolo? I had no idea, but it’s the wavering on a note, now represented by a series of skill moguls on the tail of your note. Can I pull ’em off? I damned sure try, but I can now see exactly what Rocksmith is asking me to do. The whole thing is much more clean and intuitive – something a beginner like me needs.

The first Rocksmith title had a frustration breaking-point for me – I didn’t want to play the same song over and over, but I got stuck pretty quickly and unfortunately got bored enough to quit. In Rocksmith 2014, all songs are unlocked and playable from the start. Since the game learns and adapts to your skill level, you can play tracks like Cemetery Gates by Pantera from the word “go.”

There are two other things that caught my eye, though I’m a long way from being able to really utilize either of them. Master mode makes a return, allowing you to play from memory, only this time you don’t have to nail the whole thing before you can try it out. In Rocksmith 2014, you’ll see the notes start to fade away gradually as you begin to master a song. Have I seen it in action? I’m gonna need a lot more time before I reach that point, but it is present for those of you who already know how to play.[singlepic id=16442 w=320 h=240 float=right]

The second item is the new Session mode. The E3 demo gave us a lot of good info on this mode, allowing players to simply play and allow Rocksmith 2014 to add in accompaniment. It’s a dynamically generated band that can play along with you as you simply jam out. I don’t know enough to really use the mode, but I suspect it’ll be a big hit for seasoned veterans.

There are a lot more features to find in Rocksmith 2014. I realize that playing the guitar is a lot of work and practice, and I’m eager to put in the time. The facts that there is no loading and that all of the tracks are unlocked at the start are helpful to keep me motivated to keep moving forward. The tweaks both minor and major show just how much Ubisoft San Francisco are looking to take this game to the next level.

The true test of a game that claims to be the “fastest way to learn guitar” is in the results, right? I received Rocksmith 2014 just ten days ago. In the video above, you’ll see my progression on guitar and my wife’s progression on bass – from meager and humble beginnings to my wife hitting Master Mode on bass in just a few short days. Are we ready to break off and start a band? Absolutely not, but Rocksmith 2014 is absolutely the fastest way to learn guitar. The proof is in the shredding.

Stay tuned for our full review as we head towards the October 22nd, 2013 release date on Xbox 360, PlayStation 3, and PC! Check out the video below to see what the experts think of the game.