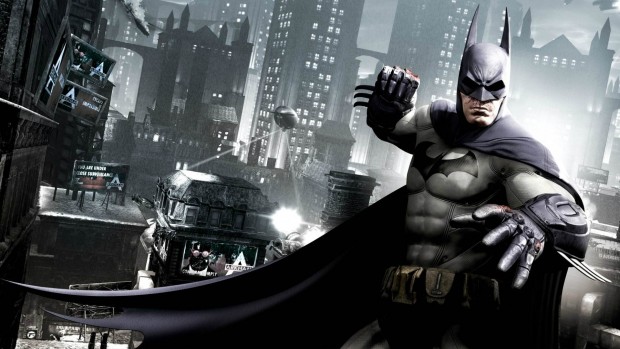 As you may or may not know, the upcoming Batman: Arkham Origins  is not being developed by the same team that made Asylum  and City , it’s being made by a different team called Warner Bros. Games Montreal who handled the Wii U port of Arkham City . Knowing this, I went into the demo with my own version of “Detective Vision” in an attempt to determine whether or not this new team was maintaining the level of quality we experienced in the first two games.

It looks like Origins  is going the route that 343 Industries took with Halo 4 , that is, they’re taking a “if it ain’t broken, don’t fix it” approach  resulting in the game looking and feeling extremely similar to the past games. Origins  is a prequel story, so this Batman is a younger, more feisty version of the guy we’re used to. He’s more talkative, there’s a bit more of an ego and an aggressive tone to the dialogue. It gives a somewhat lighter tone to the game compared to the older, somber Batman.

The graphics themselves, at least on the PS3 version, are on par with the previous titles from both a technical and overall aesthetic standpoint. Gotham is still its dark, gloomy, snowy self, and Batman is, well, Batman. Even the user-interface  -the fonts, colors if icons, gadget menu and so on – are mostly indistinguishable.

The combat system remains intact, however, there are some welcome additions that give it additional depth. Enemies now counter: in order to overcome an enemy countering your attack, you have to perform a counter on your enemy’s counter and then proceed to smash the attack button. It’s a subtle addition that fits in seamlessly to the combat system we we’re accustomed to.

The new gadget I got to play with is the Remote Claw, which features a targeting system that allows Batman to launch one-to-one links between enemies and objects. So, for instance, I can target an enemy, then target a gargoyle high up on a wall, and the claw will automatically string the enemy up to the gargoyle. What’s even more fun, though slightly less effective, is linking two guards together and watching them collide into each other and become stunned long enough for me to glide down and take them out permanently. Like the addition of enemy countering, it’s a subtle addition that doesn’t change the formula in any drastic way and is a welcomed addition.

By far the coolest new feature in Origins , and what will likely be the game’s biggest draw, is the new Case File crime system. This new system is activated within Detective Vision – when you discover a crime scene, you scan various clues that allow Batman’s computer to begin reconstructing the scene. In the crime I encountered, I was investigating a helicopter crash. I started by scanning the cabin of the helicopter on the ground which allowed the computer to reconstruct its trajectory, from that point I gained the ability to forward/rewind the portion of the scene that bad been reconstructed. I rewound the scene to the helicopter’s first point of impact, which was a flagpole on a rooftop. I grappled onto the roof to find the helicopter’s tail, and scanning that indicated that a shot had been fired at the pilot which is why the helicopter lost control. Further investigation led me to discovering where shooter was standing and once I got there, I discovered other clues that, without going into any further details, eventually solved the case.

The puzzle solving element of reconstructing a crime scene and investigating clues was very fun and interesting, and I really hope that when the full game is released we find that it has a large role. Everything else about Batman: Arkham Origins  reeks of familiarity, and that’s either going to be a positive or a negative depending on your level of craving for more of the same. 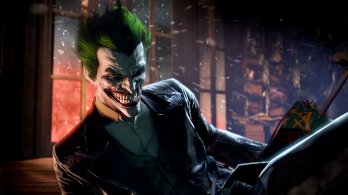 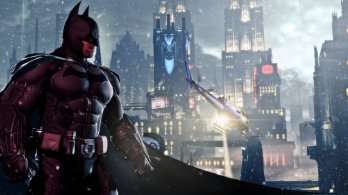 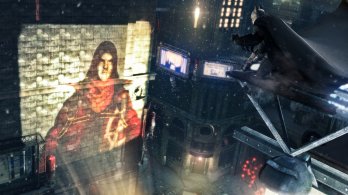 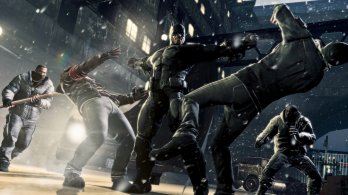 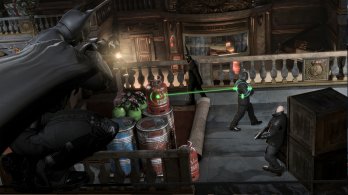 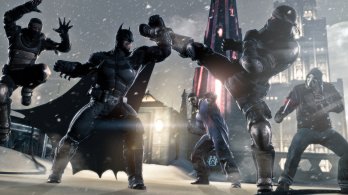