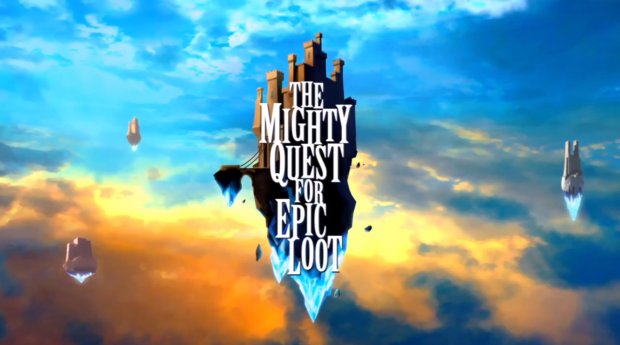 Late last week I got the chance to travel to lovely San Francisco to pay egregious parking fees and visit with Ubisoft to talk about their free to play loot grinder: the Mighty Quest for Epic Loot.  Still in closed alpha, Might Quest is a lighthearted, jaunty dungeon crawler that mixes attack and defense in some interesting ways.

A player logging in to Mighty Quest for the first time needs to know three things.  First, your castle contains all of your Gold.  Second, other players will attempt to raid your castle to steal your gold.  Lastly, turnabout is fair play.  Mighty Quest is divided in two unequal parts, that the developers named–obviously enough–“attack” and “defend.” You’ll spend most of your time attacking other player’s Castles to gain the epic loot the title speaks of, but you’ll also want to spend a bit of time on defense, making sure that your own castle isn’t undefended while you’re out raiding.

[singlepic id=12377 w=320 h=240 float=left]Attacking in Mighty Quest for Epic loot takes the form of a Diablo-style dungeon crawl.  The player guides his Knight, Archer, or Wizard through a castle, beating down any monsters or demons in her way until she reaches the owner’s Treasure room to loot all their lovely, lovely gold.  There’s a catch, though: if you’re too slow the gold is locked down and you’ll leave with nothing.

When I had a chance to play the game, attacking was where I spent most of my time. The Wizard wasn’t playable, so I chose to roll with the Archer, a crossbow wielding ranger with a hawk companion.  I quickly found his single target attacks made the game difficult once I drew aggro on a few baddies.  He has traps and paralyzing attacks, so I’m fairly certain the problem wasn’t his core design, but rather that I wasn’t playing the character properly. The Knight served my style of play a bit better, letting me charge into mobs before stunning them with AoE attacks and smiting them with my flaming sword.  All in all, this side of the game is pretty good, though there are still some big issues to be worked out before beta.  To me it felt like the characters attacks are frustratingly slow, using long animations and with brutal cooldowns.  If this is the pace that the developers are going for, players will want to be careful about crowd management, because if you get mobbed your’e going to be in trouble.[singlepic id=12376 w=320 h=240 float=right]

The second half of Epic Quest–defending–revolves around dungeon creation.  You’ll want to spent at least some time perfecting your castle, because when players attack you they can steal your gold.   Each level your character gains grants you the ability to make a bigger, more confusing dungeons for other players to try and run, so you’ve got plenty of incentive to level up as high as you can.  When you’re done creating a labyrinthine hell no mortal could navigate, you’ll want to populate it with as many hideous monsters as you can squeeze in there, right?  Fortunately, Mighty Quest’s map editor makes it a snap to add monsters to a level and place them where you want.  There are some limits to what you can do, though.  Each monster you place increases the time your enemies have to run your homemade gauntlet before your treasure is safely locked down, and you’re unable to place too many monsters in one place.  I understand the idea behind this–the developers don’t want players to be mobbed by 100+ baddies as soon as they pass the drawbridge–but I still don’t like being forced to play nice.  All’s fair when my precious gold is on the line.

[singlepic id=12372 w=320 h=240 float=left]Speaking of gold, I was pleased to learn that every item in the game can be purchased with the single in-game currency.  There’s no distinction between purely cosmetic items and stat-boosting items to worry about, though that does mean that players who are willing to pay can get some really nice loot really early.  To prevent greedy players from reaching above themselves, equipment is locked to specific levels–you must be at least level X to wield item Y, and so on.  While there’s no worries about “pay to win”–there’s no direct PvP combat–it’s nice to see some thought given to managing players ambitions.

On the topic of other players: I was curious to know if there were any plans for co-op dungeons runs in the future.  Given that the game is largely played online, and that multiplayer dungeon crawlers are awesome, you’d think it’s a no-brainer, but Ubisoft never got back to me with a straight answer.

The most refreshing thing about Mighty Quest was the irreverent humor.  If you hadn’t guessed from any of the trailers or footage floating around, the game doesn’t take itself too seriously.  Ubisoft developers mentioned that the game had originally started off with a much darker tone, but that they quickly realized that there was enough humor to be found to justify making Mighty Quest a bit jauntier.  It was a really good choice, and the humor is fairly effective, poking fun at fantasy game settings without ever coming off as mean-spirited or aloof.[singlepic id=12371 w=320 h=240 float=right]

Ubisoft was hesitant to give dates for the switch to closed and then open Beta, but they did suggest that we’d see a closed beta later this year.  Keep your eye on this one–it’s funnier than you’d think and the gameplay was fairly compelling, despite all the bugs and quirks you’d expect in an alpha–and be sure to check out the video and screenshots below.  With any luck the final product will be worthy of even the most epic of quests. 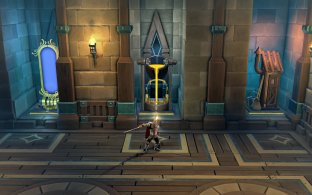 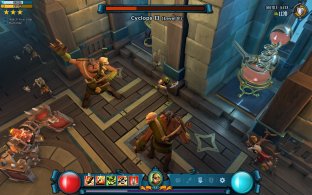 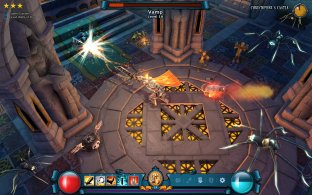 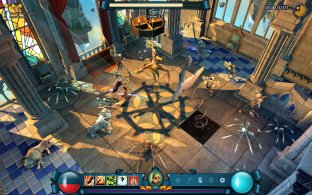 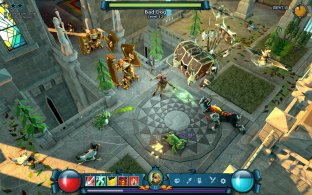 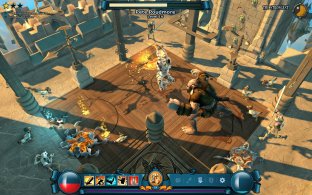 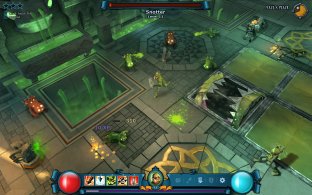