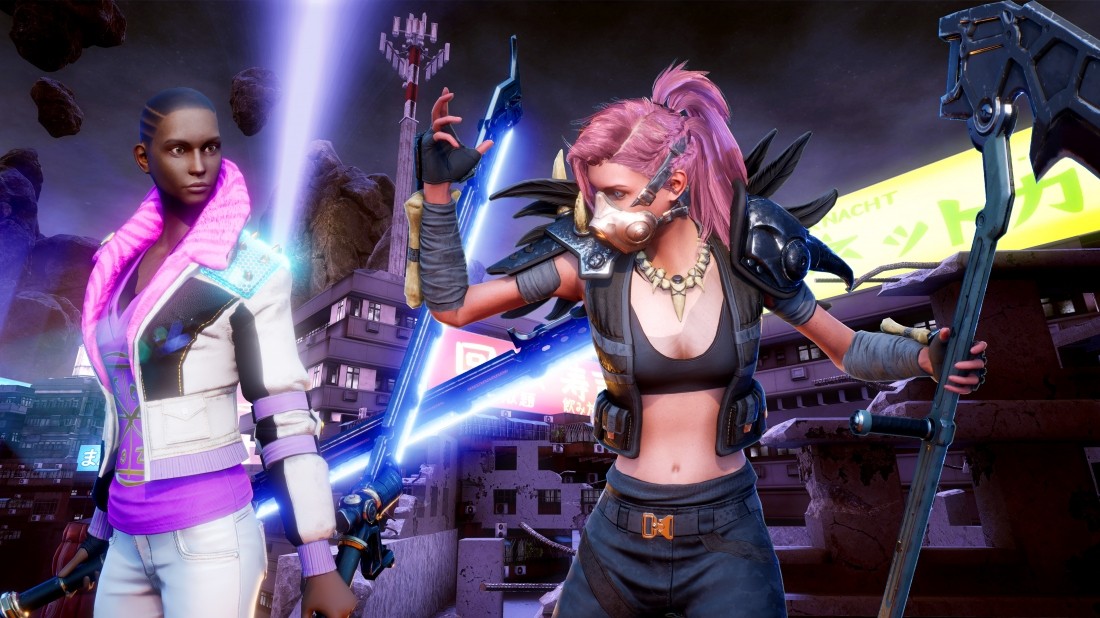 While some of the biggest titles of the year will get into the hands of gamers in the days and weeks to come, an indie studio in Austin, Texas, QC Games, quietly continues to work on an ambitious action-RPG that just might be the next big thing to win the hearts and minds of gamers everywhere. The game is called “Breach,” and the team working on it Consists of several ex-Bioware developers, including Game Director and Chief Creative Officer Gabe Amatangelo. Imagine a dungeon-crawling RPG the likes of Diablo cross-breeding with a free-to-play MOBA like League of Legends — that’s Breach in a nutshell. For the past three years, QC Games has been hard at work crafting something that seems awfully similar to the cancelled Bioware game, “Shadow Realms”.

Breach takes place in a universe where reality has been split to two for tens of thousands of years. One of these realities is our own, with the same history and timeline that we all know. The other reality is a dark reflection of our own, wherein mythologies across a variety of cultures and time periods are all real. But these two realities have begun to collide, and heroes must rise to defend humanity from the horrors of the parallel reality. Heroes and villains alike hail from a wide range of time periods, mythologies, and genres, including feudal Japan, Cyberpunk, and ancient Egypt, which makes the characters and enemy factions feel like a hodgepodge of styles, and that has an inherent time traveling goofiness to it.

What strikes you immediately when first experiencing Breach is the level of care and attention to detail that has been put into the history and lore of the universe. But these are former Bioware devs we’re talking about, so it’s hardly surprising. QC Games knows how to build worlds, and the time they’ve put into crafting Breach is apparent from the moment you advance through the title screen. Each enemy faction is a highly researched mythology from a different culture, and no small measure of research has gone into ensuring each is accurate and hosts a diverse array of enemy combatants.

At its core, Breach is a third-person cooperative hero action game, where you choose a base class, then tweak and customize that into whatever you want. While the class you start with determines your general role (support, tank, DPS, etc.), the ability to customize the abilities and visual look of your class allows for players of the same class to have dramatically different aesthetic and play styles. The sheer volume of options is staggering, meaning it’s unlikely that two players on a team will be very much alike, even if they’re built from the same base class.

Each level pits your team of four against a dungeon packed with enemies hailing for one mythology or another. Each section of the level has a different objective, some simply requiring you to kill lots of baddies, and some with more deliberate tasks, like escorting a drone through an area. At the end of each level, you face a boss that requires the whole crew to be firing on all cylinders to take down.

Throughout all of this, an invulnerable enemy known as the veil demon will be stalking you, setting traps, causing punishing explosions, and possessing certain enemies to make them more powerful. Where the game really gets interesting, is when a fifth player is added and takes on the role of the veil demon, whose only path to victory is to prevent the players from defeating the final boss. Veil demons have different base classes which can be customized and tweaked, just as any hero class can be modified. If you’re the mischievous sort, like I am, then playing as the veil demon is a hugely satisfying experience — perhaps even more so than being a hero.

The people at QC Games intend on taking their time to work on Breach before it becomes available via early access on Steam later this year. After that, it’s slated for a full launch on PC in the first half of 2019, where players will be able to play for free under a free-to-play model. Similar to League of Legends, a base set of classes will be available for free, which will rotate over time. Alternatively, players can purchase access to classes forever using real money or in-game currency that is earned through extended play. Time will tell if Breach will live up to the myth that it looks to be shaping into, but what I played was extremely promising.

We’ll have more coverage on Breach in the coming months, so keep reading Gaming Trend for news as it develops!