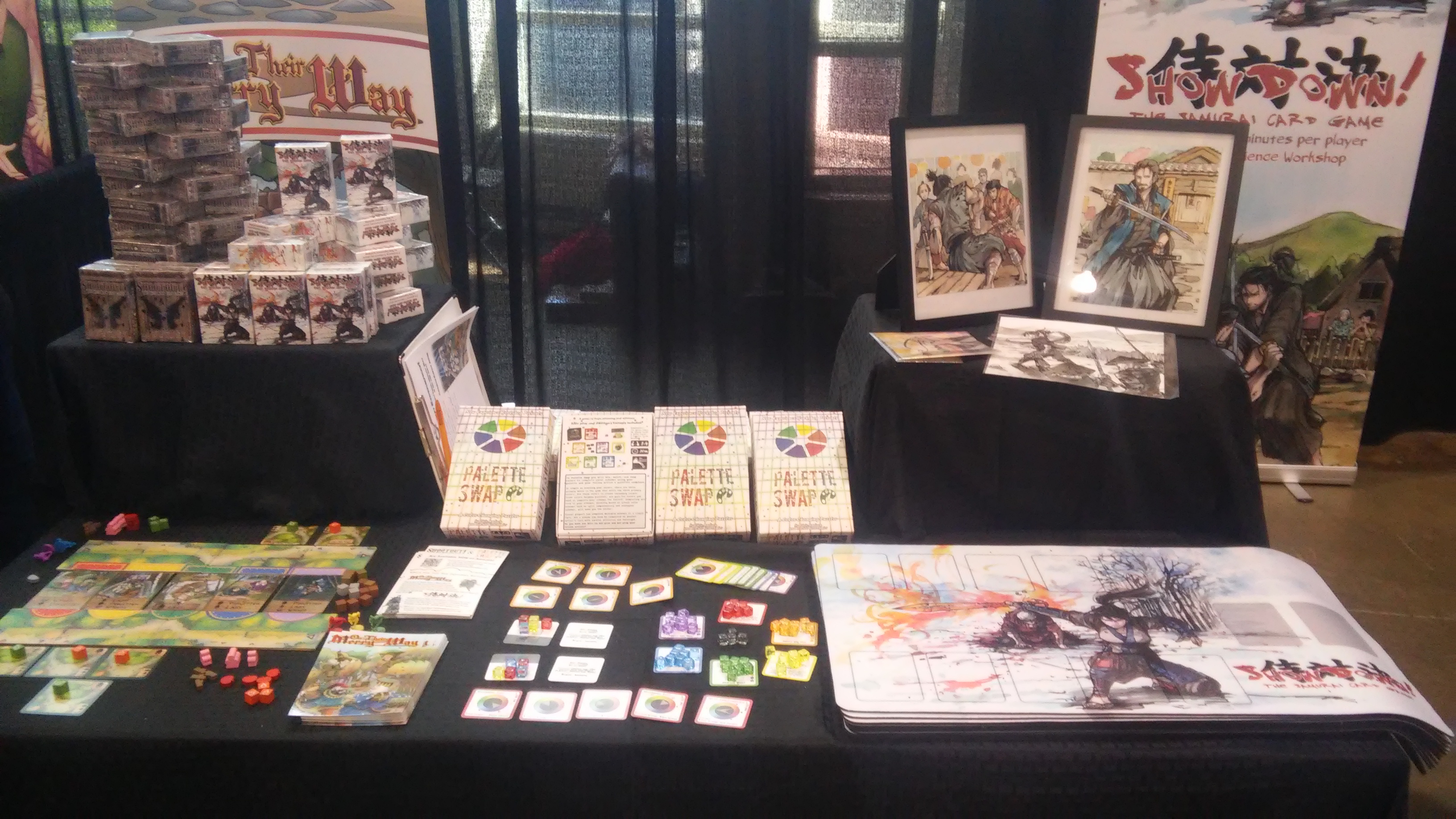 New Experience Workshop is a small team, consisting of two sisters, but that doesn’t stop it from production or experimentation. Having successfully Kickstarted Showdown, a samurai themed competitive cardgame, and Shootout, a tense western, this Kansas-based company has proven that a tabletop company can accomplish a great deal if it knows what it’s doing. Along the way it has learned how to avoid many of the pitfalls that threaten tabletop design.

Kickstarter is a great way to get funding, but unfortunately the platform provides no other form of support for a tabletop game. As to production, shipping, and backer communication, the creators are left on their own, making the work before and after a campaign more important than the fundraising itself. Despite this, New Experience Workshop has navigated the waters successfully, and continues to expand its purview.

The company recently hand made a 100 copy game called Pallette Swap, a purely experimental design to see if an audience would be interested in something as unusual as complementary and clashing colors in the context of a board game. That product is still in the stages of feedback and full development, but it’s in taking those kinds of chances that tabletop has experienced the most growth in its recent renaissance.

New Experience Workshop is on its way to its most ambitious game yet: On Their Merry Way will put you in the shoes of Robin Hood and his band of noble thieves. Its Kickstarter is scheduled for early next year, so keep an eye out for more information.