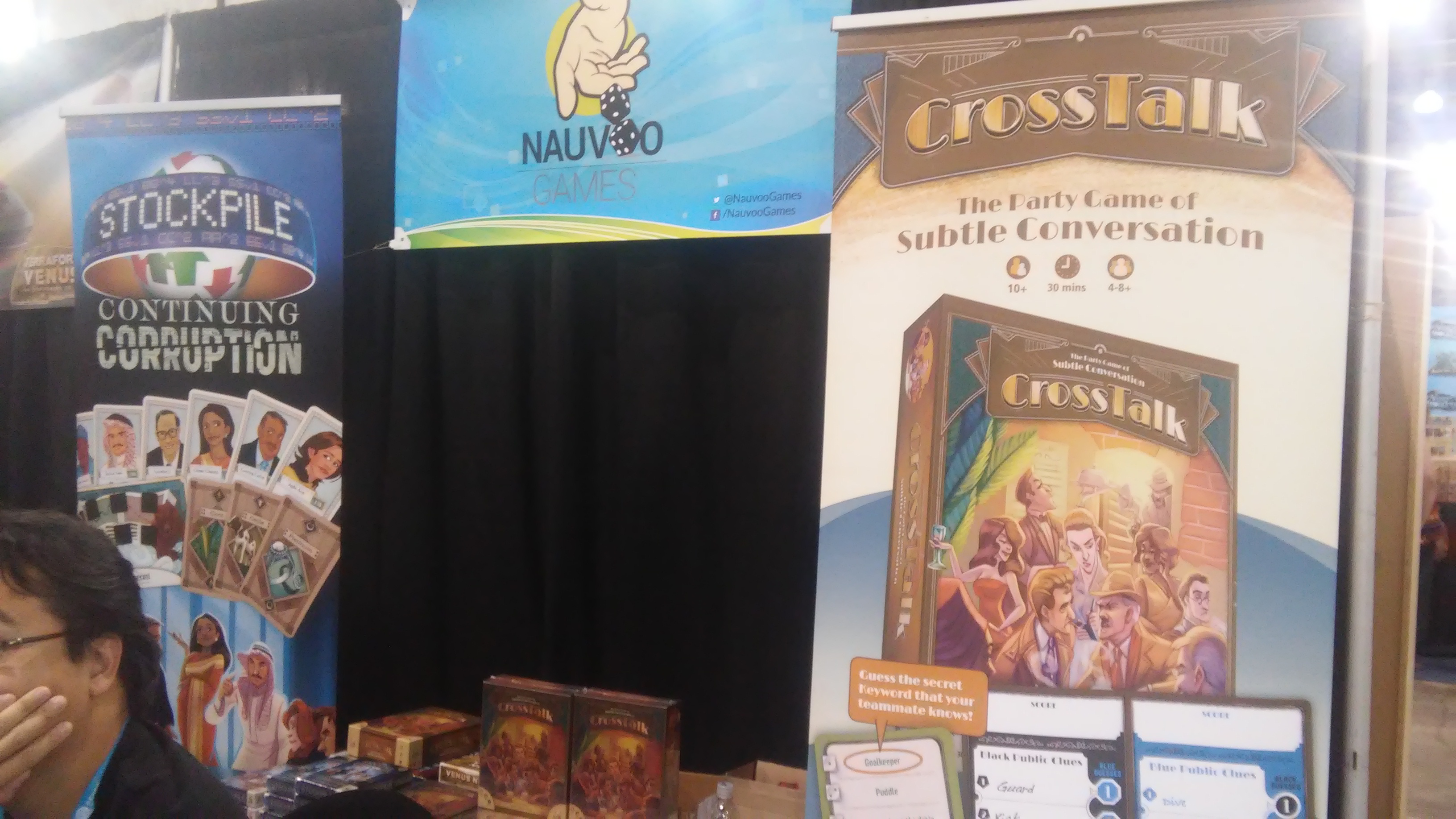 Nauvoo Games is a relatively new entry into the tabletop scene, but has already made something of a splash. Starting in 2014, it has two promising games under its belt and a big announcement: the coming of the Reckoners board game, soon to be Kickstarted in January of 2018. Based on the post apocalyptic superhero trilogy penned by Brandon Sanderson, this cooperative game will set players against the Epics, empowered humans who have taken over the Earth. We will have more news here at Gaming Trend, but forthcoming are some insights I got into Nauvoo’s current games: CrossTalk and Stockpile.

CrossTalk is a party game setting teams against one another in a game of wordplay and deduction. Both teams have one member who is unaware of a code word, and it is the goal of each team to get that person to guess the word. However, the real struggle comes from the fact that both teams share the same word. You can give one word to your teammate in private, but all subsequent clues will be public, so you will have to be quick and careful in outwitting the other team.

Stockpile, the award winning game now supplemented by new expansions, sets you as a stockbroker manipulating the numbers to succeed in the cutthroat world of finance. Using cards to alter the stock market and its many stocks, you will have to use secret actions to make the most of your investments and the least of your opponents.

With these varied and creative titles already out, I am eager to see where Nauvoo goes in the future. For now, the Reckoners is the most immediate answer, so if you are curious like me look out for more news.