Melding roleplay, LARP, and filmmaking, Masters of the Box is an experience like no other

In late November of 2018, the parks and fields of Tennessee bore witness to magic in the making. A team of strange people clad in armor spoke with the voices of others, and all around was the clamor of…foam. Over the course of a few months, a team of devoted professionals came together to deliver a product unlike anything the world had yet seen. Masters of the Box is a D&D show that melds adventure design, player improvisation, and Live Action Roleplay. While a Dungeon Master oversees the world, a group of players travels through it, and a team of actors brings the story to life, similar to Drunk History, but with less alcohol and more critical fumbles. Each layer of this show has its own creative energy, which makes for unique challenges for the creative team.

Since the first episode I was enthralled not only with the show itself, which is both an entertaining and heartfelt endeavor, but with the process that went into creating it. Each participant in this three part storytelling endeavor comes through with their own personality, making you feel connected to the series as it unfolds, as well as the individuals who helped make it a reality. I spoke with Sergio Valenzuela and Jeffrey Turner, the shows creators, producers, and director and writer/fight choreographer respectively, and my appreciation for this project only grew as I learned more about it.

Sergio and Jeffrey have firm roots as filmmakers, working on award winning documentaries and seeing their scripts to the screen numerous times. They became aware of each other only recently, after the untimely death of a colleague Tim VandeSteeg. Each had worked with him independently, and only became aware of one another when Sergio called Jeffrey to inform him of their colleague’s unfortunate passing. After that, they quickly got to talking about their mutual interests in gaming. Sergio was happy to discuss the dice tower he had 3D printed, only later to realize that Jeffrey was the one who designed the model. Jeffrey has long been a participant in the SCA, one of the world’s foremost LARP societies. After some time working with the initial concept, they got to writing and recruiting staff and funding for Masters of the Box. 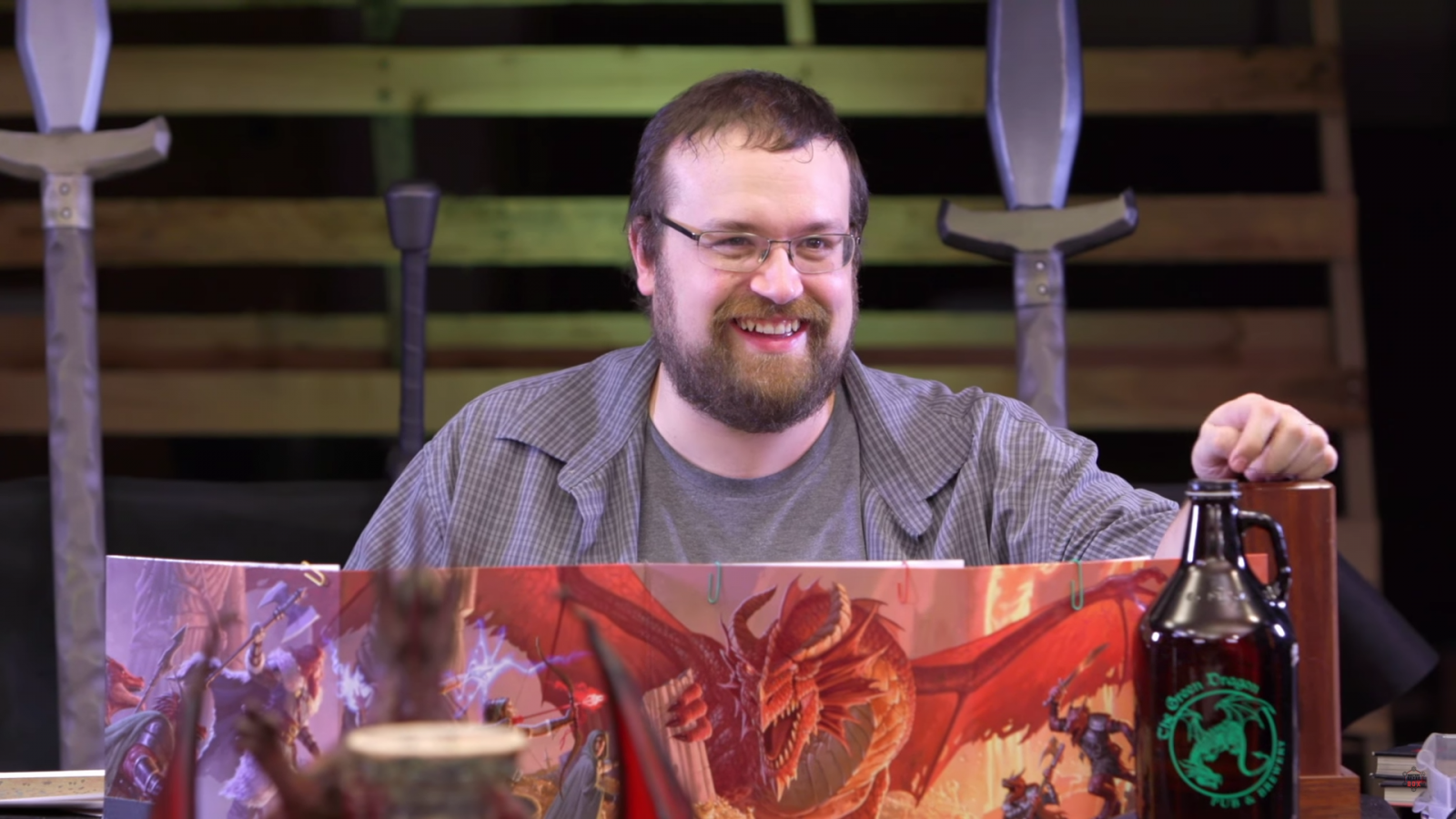 The five players are members of the Nashville community, who responded to a casting call and stood out among the applicants for their creativity and tendencies not to dominate the table. They only actually met for the first time after the casting sessions, and got to know one another over the course of some adventures that grounded them as a team before shooting began. That shooting consisted of a marathon 12 hour day on set, and if they got tired they didn’t show it on camera. From there, the film crew set out in the limited lighting conditions of Tennessee in November to film the in-game portions, working on weekends with schedules of a crew that was largely made up of volunteers.

Over the course of around a year, and working with a budget of less than $20,000, they came together with their team to bring Masters of the Box to life. To those of you who don’t know much about film production, that combination of timeframe and budget is astounding. The old adage that you can’t have something fast, cheap, and good at the same time has been shattered, with a project that works within its limitations to deliver something both genuine and satisfying. All of this is a testament to the team that brought this show to life. Many people worked for free, devoting time and energy into the show, to make it into a success. Cody Allen, who portrays the cleric Orsinius, also helped edit the show, and he was not the only one who went above and beyond in the months that comprised the show’s production schedule. 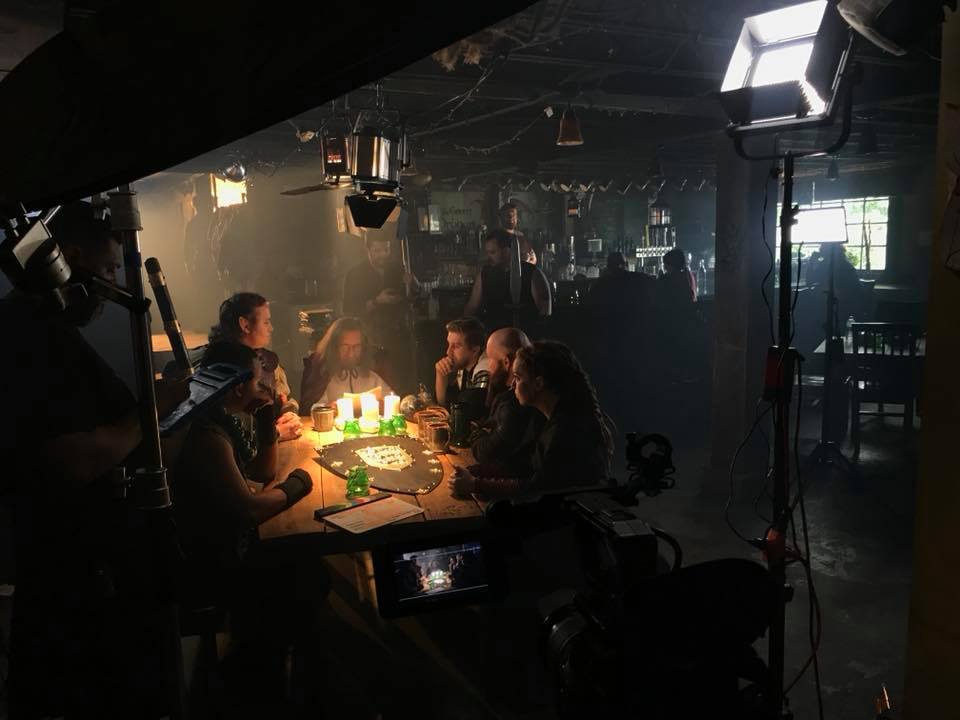 On set at the Green Dragon Inn, a D&D themed bar that was perfect for the show’s purposes

Along the way, a number of challenges presented themselves that are not present in the usual process of filmmaking. For instance, they had to first write a script, then see how a group of players interacted with it, then use the LARP team to film the story, and then (worst of all) edit it all together into something coherent and watchable. Keeping track of events is always difficult while editing. Interweaving the descriptions and film are all the more complex. But even worse is how these issues compound when up against D&D’s combat structure: not only are people throwing spells at one another, hiding behind trees, and moving around to engage enemies, they are technically (within the rules of the game) doing so all at the same time.

The only way to wrangle all of these issues is with a lesson that Jeffrey and Sergio learned makes all the difference on a film set: preparation. With a small budget and a complicated film structure can only be successful if you have everything planned down to the smallest detail before ever seeing a set. It’s that preparation and thoughtfulness that lends so much character to the show. Even before they began scripting, they kept their limitations in mind. For instance, the creatures in the show are mostly humanoid, to save on having to fabricate more alien monsters. Moreover, they knew to use this budgetary limitation to their advantage, keeping the show to a humorous tone to let viewers feel like they are in on the process, rather than watching amateurs out of their depth. A perfect example is the Spiritual Weapon in episode 3. Without resources for complex effects, they represented this spell as a foam sword tossed casually at an actor. It looks fake, but intentionally so, giving you a quick laugh and a reminder of how ridiculous and charming LARPing really is.

Despite that preparation, they have managed to allow for each participant to show some personality. While the adventure was prewritten, Kevin Drury, the Dungeon Master, adds numerous flairs playing it at the table, reacting to the players in real time and making up for their deviations from the adventure’s expectations. He was also responsible for taking the story arc given to him by the writers and translating it into a playable adventure, which the team has hinted they may release if fans show an interest. The players themselves are exceptionally entertaining, showing creativity and coordination most Dungeon Masters like myself spend their time wishing fore. The actors are far more than voiceboxes for their players, adding moments of levity and personality to their portrayals, sometimes lamenting the ludicrous or unrealistic situations where they find themselves. At the same time, the mystique of the narrative is never broken. Rather it is enhanced by admitting to the occasional fakery, letting you in on the process.

What results is something that, despite its tight editing and talented creative team, feels incredibly authentic. The players aren’t actors, but they show the surprising talent lurking in so many roleplayers, who only show their creativity at the table itself. The actors playing their characters show an impressive range of emotion, and I hope to see them in more projects; at the same time, they exemplify the humorously dark personalities that make up your average D&D party, at turns ingenious, impatient, and thoroughly entertaining. As someone who has participated in innumerable RPG sessions and significantly more numerable LARPs, I feel a connection to this group because of the parts of the show that lack polish, but without the amateurish annoyances of your average actual play. 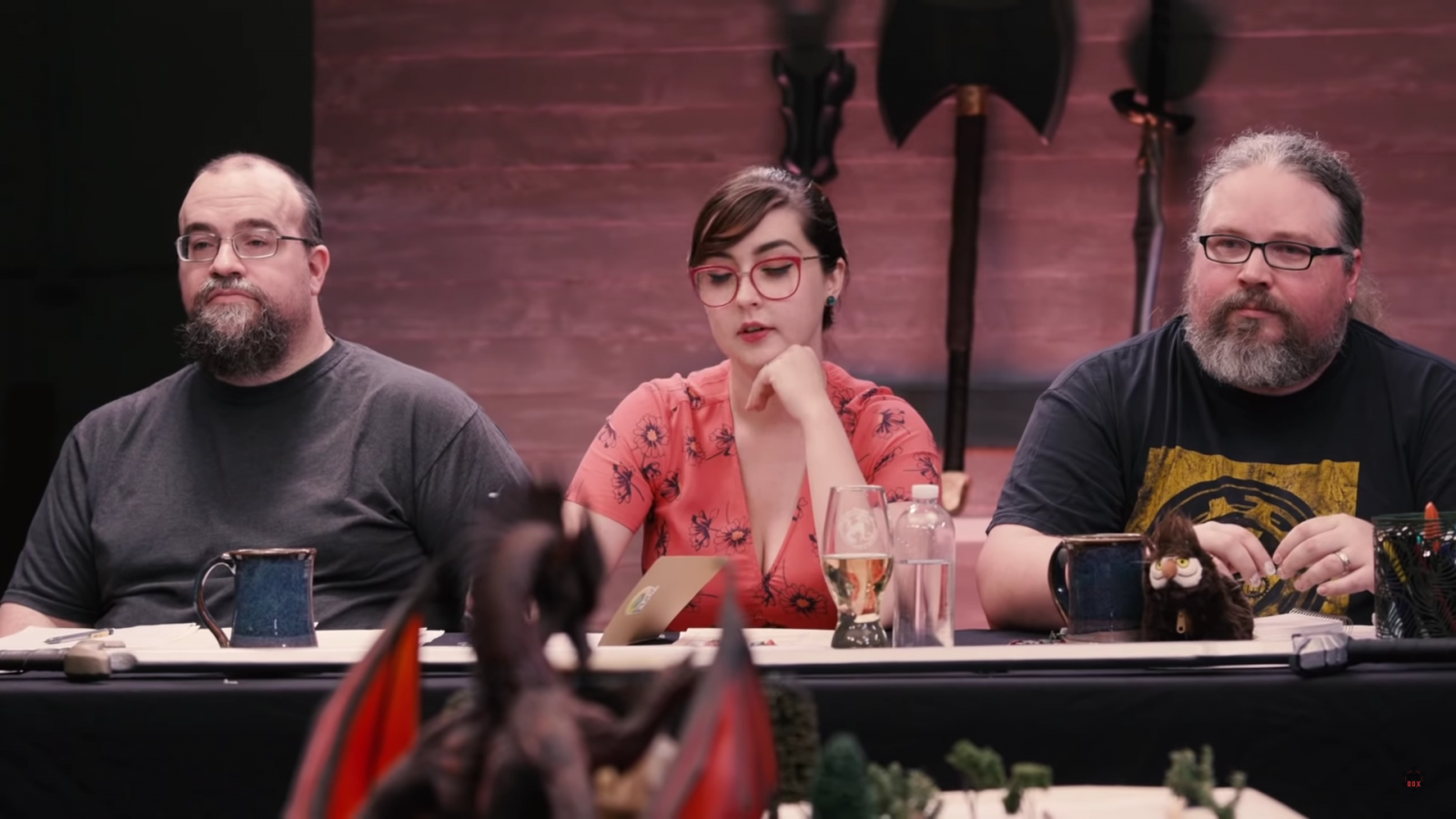 The play sessions were performed on their own specially decorated set

At time of writing, Masters of the Box is midway through its six episode pilot season. After that, its future relies on its success, but Sergio and Jeff have many plans in the making. The next module is prepared, along with some shooting locations and professionals excited to participate, and they are discussing moving into other games if circumstances allow. While they were in no position to make any firm promises, Vampire: The Masquerade, Traveller, and Rifts were among the names they discussed during our interview. For now, the season is ongoing, soon to be followed by full gameplay videos, for those who want the unedited play session, and interviews with the cast are coming after each episode. I am excited to see how this show progresses, and I hope you will show some support to this show. It’s been a long time since I’ve seen something so simple and satisfying, and it could only succeed because of the capable, dedicated work of every person who worked to make it a reality.

You can follow Masters of the Box on the Youtube channel, which continues to see weekly update, or at the show’s home website, for more information about everything coming out.

Melding roleplay, LARP, and filmmaking, Masters of the Box is an experience like no other