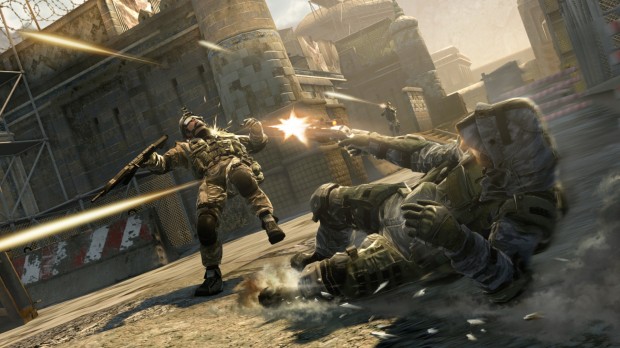 Russia has been good to Wim Coveliers. The latest project for the producer at Crytek, a free-to-play browser-based shooter titled Warface, has been in open beta on Russian servers for several months now, and he claims that having such a large beta test has been incredibly helpful. While the game was originally slated for release only in South Korea, the team at Crytek realized they could justify a wider release. “We thought, ‘why should we bother limiting ourselves to Asia for this game and why shouldn’t we make it a global product?’”

The biggest lessons that Coveliers and his team had to learn when presented with an issue was not to overreact. “Your initial reaction when you see a problem is to do everything you can to fix it,” said Coveliers, “but sometimes you end up doing too much.” He described a time when one of the weapons in Warface had been too powerful. As a fix, his team had been to decrease the weapons damage, decrease its rate of fire, and to make the reload longer, only to find that the attempts to balance the weapon had rendered it nearly useless. “Never do anything in a rush, and never do too many things at the same time.”

The large-scale tests in Russia also helped the team hone their strategy for monetizing the free-to-play Warface. “One of the things we were really scared of” Coveliers admitted, “was that people would consider us a ‘pay to win’ game.” In the producer’s mind, it’s important not to upset your non-paying players, since they’re often very loyal fans. While those fans might not be able or willing to pay, they’ll bring their friends into the game, and they might pay. “To piss of your non-paying fans is a bad idea,” Coveliers laughed. “If you don’t want to spend money, you can get most of the same perks, but you’ll have to spend more time.”

With Warface essentially live in Russia, Coveliers and his team are looking to the the rest of Europe and North America. The game is currently in closed beta in North America, butwhen I asked when we could expect to see an open beta coveliers would only reply “Soon-ish”, claiming he doesn’t want to make promises his team might not be able to deliver. When I asked him for if he had a closing thoughts about Warface, Coveliers grinned and said “Free to play is not a bad word; it’s a good ****ing game!”