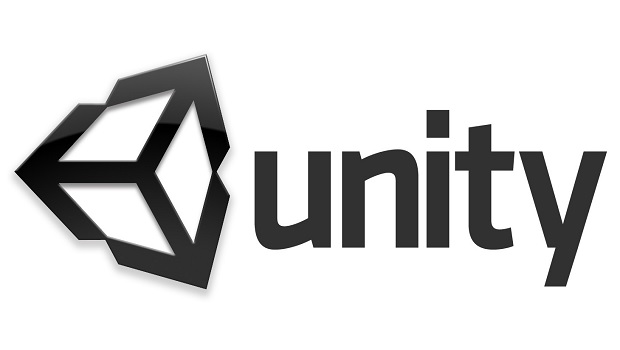 If you’ve been gaming for long enough, particularly on PC, chances are you’ve heard of Unity. It’s the game engine powering games like Gone Home, Kerbal Space Program, Rust, and Pillars of Eternity. The power of the engine combined with its ease of use has made it popular among both big studios and indie developers alike, and when it comes to the latter group, Unity has decided there’s even more they could be doing to help indie games get to market. Late last year Unity announced the formation of Unity Games, a publishing arm offering services to games developed in Unity.

Because of Unity’s existing relationships with developers worldwide, Unity Game’s VP  Oren Tversky tells me that the move to publishing seemed like a natural step. “We are constantly thinking about ways we can help our developer community, whether it’s through technology (the Unity toolchain), operations (e.g. Asset Store) or services (publishing and Unity Cloud),” he explains.

“We had a distribution business prior to the publishing business, and we felt that it was helping developers,” Tversky continues. “But we found we still had a lot of developers coming to us and asking us for help beyond just distribution. So, at that point, publishing made sense.”

Tversky acknowledges that not every Unity developer needs help getting to market, but he says that plenty could benefit from the publishing, marketing, funding, and other assistance offered by Unity Games. He explains, “Each engagement with each developer is different and we really try to be flexible to complement our developers’ skill sets.”

“I think if you’re talking about what sets us apart [from other publishers], I would point to developer friendliness from both a contractual and working relationship standpoint, along with Asian distribution, platform featuring (getting games showcased on various app stores), and community building.”

The Last Tinker: City Of Colors, developed by Mimimi Productions and published by Unity Games

Beyond simply adding to the suite of services already offered to the Unity community, Tversky says that the move into publishing is an extension of Unity’s mission of democratizing the development process. “Reflect for a moment on what Unity has allowed developers to do,” he prompts. “The mission statement has been to democratize development, and when you consider the huge size of the Unity development community and the increased focus other companies have upon indie devs, it’s clear that the barriers to development are almost entirely gone.”

But although he says the goal of democratizing development has been achieved, Tversky is quick to add that “development is just one part of success” and the increasing ease of development brings a new set of concerns to the table. “As the entire industry has come to realize, democratization has led to an explosion of content and created a new challenges – such as discoverability and awareness,” he observes.

“As we’ve found during our discussions and lectures at Unite and GDC, indie developers are becoming increasingly aware of and challenged by building community, awareness and excitement for their games, as well as the more practical considerations of funding projects,” he continues, adding, “That is where Unity Games can step in and help.”

Tversky describes the goal of Unity Games as “elevat[ing] the success and status of indie developers.” With over 600,000 developers using Unity, he says it’s very likely that “the majority of teams need a partner to help them realize their dream.” Unity Games offers multiple levels of support to meet the different needs of their diverse community.

Unity Games is bringing Space Noir, developed by N-Fusion, to PC and tablet

“At a basic level we offering funding for projects. However, our Unity Games team is packed with experience and skills that can help advise on game matters such as Monetization and UI design,” he explains. “We have great experience within marketing and branding, PR resources in the US and Europe, experience running games as a service, and of course, offices within Japan, Korea and China; should developers have ambitions in those markets.”

According to Tversky, the range of experience and expertise offered by Unity Games is complemented by the “pixie dust” that rubs off on them via their connection with the main Unity brand. Combined, he says, this allows them to be “100% focused on helping indie developers achieve not only success, but also an increased understanding of the publishing process.”

“This means a few things,” he explains further. “In terms of success, we try to put our developers in a position to succeed by complementing their skill sets. By offering everything from funding, to marketing and PR, to featuring, production and technical support, our developers are able to focus on what they do best — designing and building great games.”

“In terms of elevating their status, we always place our developers prominently in terms of exposure and marketing and we work very collaboratively with our developers on everything from design to game trailers to pricing.”

Unity Games’ approach is definitely appealing to the development community. Tversky tells me that they have had “thousands” of publishing inquiries from developers so far, and that the reaction so far has been very positive. “At GDC, we held several “Hone Your Pitch” sessions in which indies pitched their games to members of our team, and we helped them put some polish on their pitches,” he recalls. “The lines were out the door.”

One potential explanation for those long lines may be the chance to bring a game to multiple platforms, an option that isn’t always open to indie developers due to a lack of resources and connections. “Being the Unity publishing arm, many of our titles are, of course, cross-platform and will come to mobile, console and/or other platforms,” Tversky explains. “Our content strategy takes utilizes a very deliberate multi-platform approach that varies slightly with each title.”

It’s because of this unique appeal to developers that Tversky believes Unity’s publishing arm will succeed. “We think Unity Games has a bright future,” he says enthusiastically. “I think as we grow, we’ll have the ability to broaden the portfolio significantly, which we’re really excited about. That in turn, will enable us to tap into an even wider developer base in the Unity developer community.”

“An advantage of being such a core component of indie gaming is that we get to grow and learn alongside the developers. As we continue to work alongside indies, we’re in a great situation,” he continues. “We’re able to uncover and jump on any new opportunities that arise. Being a multi-platform game engine, Unity gives the developers and Unity Games flexibility to adopt new platforms quickly and bring amazing quality titles to gamers.”

You can check out Unity Games’ current portfolio of games here, and follow them on Twitter for more news about their work with indie developers.