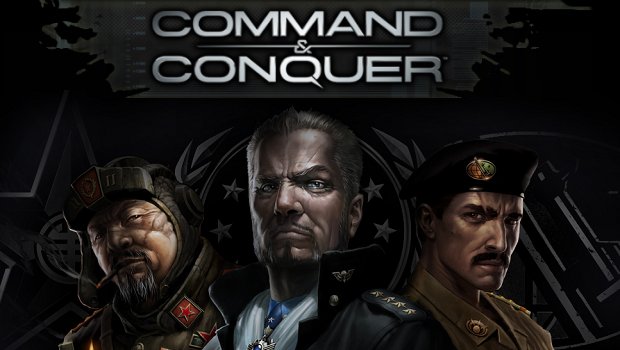 When the team for Command & Conquer asked me when I started playing the series, I raised an eyebrow with my response. “I’ve been playing the game since it was VGA and in 256 colors”.  Armed with that information, they said they had something special in store for me.  I was in trouble.

Command & Conquer was the reason I bought an IBM-compatible machine – a Packard Bell with a blistering 100Mhz of power.  All that power in a box the size and weight of a sofa sectional!  Back when you had to pay for AOL by the minute, I spent entirely too much time and money dialed into the Internet to crush my friends under the Hand of Nod.  Kane was my hero, and I was hooked.   Red Alert took the game in an awesome direction and gave us a completely new slant on the RTS genre.  At this point the game took a few hits in the tank treads with a few wobbly sequels, but Command & Conquer Generals and the Zero Hour expansion gave us a huge roster of new factions (albeit at the cost of the cheesy FMV cutscenes) to take to war.  I’m not sure what happened at this point, but the series just melted with the release of Command & Conquer 4: Tiberian Twilight.  Joseph Kucan returned to reprise his role as Kane, but something in the writing was lost.  The story felt forced, and the multiplayer was all but broken.  EA closed the chapter on the series and cauterized the wounds.  It’s been 3 years since, eSports have flourished, and EA has shocked us all – welcome back Command & Conquer – we’ve missed you.  Let me show you what we’ve been missing…

Ascending the stairs to a quiet room (a rarity at E3) I get to meet the team at Victory Games.  Giving us a quick look at some of the generals we’d be playing in the game (you can see the “Welcome back General” video below), they ushered the press to the machines waiting on the sides…except for me.  Guided up front, the team informed me that they’d be shoutcasting my fight and they were giving me a chance to square off against any member of Victory Games.  After a quick slideshow of the various members of the team, their specialties, and a funny picture of each of them, I selected a man with a popped collar…why? Popped collar.  It was time for war.

My micro skills were rusty, but I immediately began building out counter-infantry.  Fielding snipers that could stealth their way into the enemy stronghold, I surrounded my popped-collar friend’s base and began to prepare for his assault.  Building out a few jeeps and an extra helicopter to help get my income moving faster, I noticed a rather large force of tanks pouring out of a secondary enemy base.  Put simply, my rust had slowed me down to the point where I was just starting to field light tanks as my foe sent out a mixed force of artillery, ground troops, jeeps, and medium tanks flanked by even larger counterparts.  My light skirmishers were able to hold back the tide for a short time, and my snipers made light work of the enemy base defenses, but unfortunately I couldn’t hold my base against my fashion-victim-friend.  I refused to surrender, channeling my inner Kane and counterattacking until the very end.  I may have lost the battle, but I gave him a moment of pause for his efforts.  He gave me something too though…for the first time in a long time, I wanted to be a General again.

My brief time with the game and our interview with Victory Games told me everything I needed to know. The free-to-play model was the right way to get this game back into the hands of would-be Generals around the world, and Victory Games would not stand for anything that would make the game pay-to-win. They wanted the same thing I did – they wanted those feelings we all got when our wars were fought in 256 colors.  Do yourself a favor and drop in to register for the Beta and try it out for yourself.  You’ll quickly see why this game won our much-coveted RTS of E3 2013 award.  See you online, General. 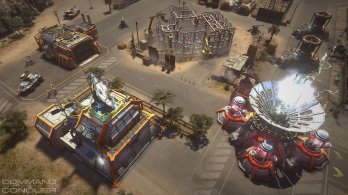 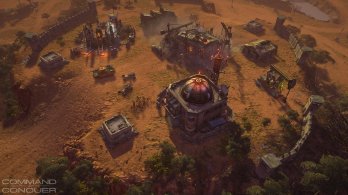 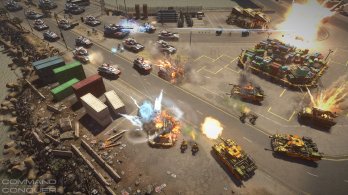 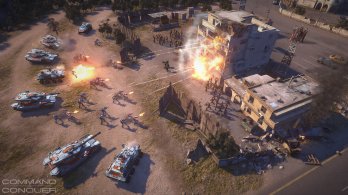 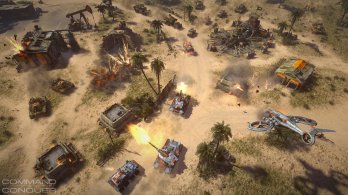 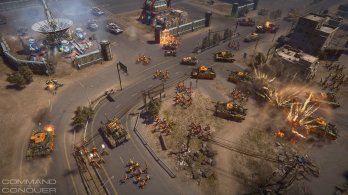 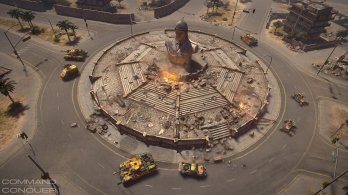 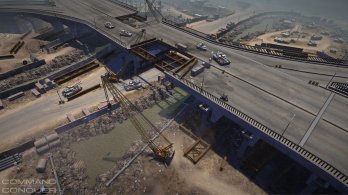 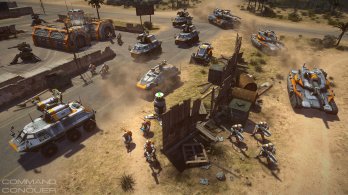 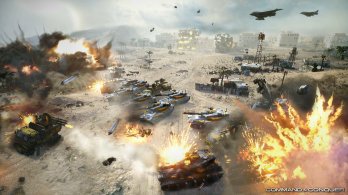