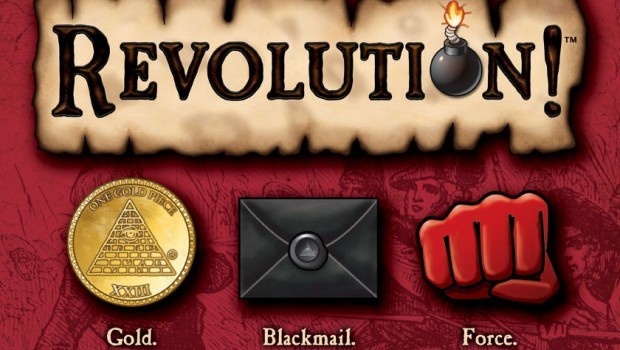 In 2009, Phil duBarry exploded on the board gaming scene through money, blackmail, and violence—in a game, Revolution!, a hit for Steve Jackson Games. He also enjoyed early Kickstarter success with Kingdom of Solomon. His Courtier is part of AEG’s Tempest line, with another in that series, Canalis, soon to debut. In addition, his steampunk, “burgle the zeppelin” game, Skyway Robbery, is due at Kickstarter soon. His game design company is Phantasio Games. A church pastor by profession, he and his family live in the Greater Cincinnati area.

duBarry: Because I just can’t keep myself from doing it. It’s a part of who I am. I’ve been designing games since childhood. It really is amazing to put together a set of rules and components that result in other people having a great time.

GT: Some game designers (Knizia, Feld) maintain a signature style in their games that makes them similar and recognizable. Others (Bauza, Vaccarino) design games that make each game feel unique. You seem to fall into the latter category. Why do you design your games to feel so different from each other?

duBarry: I enjoy a variety of games, so I’ve been curious about designing different types of games. My new games continue this trend, exploring card-drafting [Courtier] and tile-placement [Canalis]. That being said, many of my games include an element of controlled chaos. I love the feeling of manipulating a fluid situation and coming out on top in the end.

GT: What do you feel is underexplored theme or genre in modern board game design and publishing?

duBarry: I’m always amazed by the new themes other designers come up with. While I can’t think of too many broad underrepresented areas, there are several that have been done to death. I’m looking at you, zombies on Kickstarter.

duBarry: I’m surprised more people haven’t incorporated the card drafting from 7 Wonders, as they did deck building with Dominion. I’ve been working on at least three games with this mechanic.

duBarry: I see an increasing trend of licensed properties in quality games. I also see even greater inroads made by hobby games into the mass market stores and the mainstream consciousness.

GT: How does a pastor by profession use that profession to undergird what he does as a board game designer?

duBarry: Preaching is all about making connections, so it’s fairly complementary to designing games. It also requires good organizational skills. And I get to do lots of playtesting at church social events!

GT: Since 2000, what do you think are the three biggest changes in board gaming?

duBarry: I got into modern gaming just after 2000. Since then, there has been an explosion in the number of games available in a given year. It seems like there are many more people designing games and more support systems for those designers. Obviously, Kickstarter has been huge in shaping the industry in the last few years. I’m still not sure if these are all positive or negative. In some ways, these trends are making the pie bigger for everyone. On the negative side, it’s harder to have a good game stand out long enough to generate hit-level sales.

GT: What would you have changed in your life that might have bolstered further your career as a game designer?

duBarry: That someone would have introduced me to Settlers of Catan back in the mid- to late-1990s. Having a few extra years might’ve helped. Otherwise, I’ve been extremely fortunate. Steve Jackson Games picking up Revolution! out of the blue was huge. The opportunity to meet other great people and make other games has been wonderful.

GT: What advice would you have for a budding game designer?

duBarry: Play lots of games and go to conventions. Get on Twitter. Meet as many industry people as you can. Do lots of playtesting and be honest, but most importantly, keep trying. It can and will happen for you if you don’t give up.

GT: What has been your process for vetting a game to publishers?

duBarry: Publishers want a game that is more or less finished, so I playtesting often and with the toughest gamers I can find. Once a game is sufficiently good, I spend time producing a nice-looking prototype. It also helps to know what publishers are looking for.

GT: Canalis and Skyway Robbery are upcoming. What did you hope to accomplish with each?

duBarry: Canalis is part of AEG’s Tempest line of games. A storm has opened up a new section of swamp for development. Your job is to make the most of it through card-drafting and Tetris-like tile placement. It also features secret objectives and special powers, as you place industrial buildings and connect them to the harbor with canals. The release is at Essen 2013.

Skyway Robbery started as a bankrobbing game. Like Ocean’s Eleven, you must recruit a group of criminals with special skills that match various defenses. On your turn, each player simultaneously picks three (of seven) actions to do, then everyone reveals their cards and resolves them. The final version features a steampunk setting and fantastic art. This one will launch soon on Kickstarter.

GT: Board games require balancing to ensure that certain strategies don’t always prevail over other ones or that some cards or options aren’t over- or underpowered. What do you use to ensure balance (statistical, computer simulation, etc.) in your games and how does that process work?

duBarry: I’m not terribly great at math, so I rely on playtesting for the balance. It’s also possible for a game to be too balanced. I like every card to feel a bit over-powered! Some of my playtesters have an excellent sense of this.

GT: We’ll be reviewing Kingdom of Solomon. Of which aspect of that game are you most proud? What would you change?

duBarry: The coolest part for me is the bonus space concept. You have to claim these powerful spaces by using all your remaining pawns. There’s always one less than the number of players, so it adds some nice tension.

Just to let you know, there is now a mini-expansion called Chronicles of the King. Co-designed by Daniel McDairmant and me, it adds an extra “curveball” event at the beginning of each round, adding even more excitement and variety. It also increases the tension for two-player games.

Kingdom of Solomon could use a tweak to the market phase. It certainly works, but some have noted the possibility of an endless feedback loop. I was never worried about it; I figured people would have to go to sleep sometime! Since then, I’ve modified that market mechanic for other games.

GT: Thank you, Phil, for sharing with Gaming Trend readers.

duBarry: Thanks for the opportunity to answer these questions! Hope you like my upcoming games!