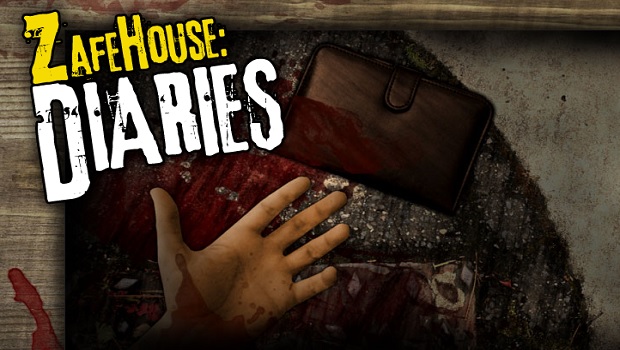 You probably don’t need to take Surviving the Zombie Apocalypse 101 to recognize that there’s more to living through a zombie pandemic than simply slaying hordes of infected. Despite this, zombie games in recent years rarely seem to delve much deeper than shotguns and chainsaws. Thankfully, Screwfly Studios is looking to provide a fresh take on the zombie/survival horror genre with their debut title Zafehouse: Diaries. Zafehouse: Diaries is billed as “a tactical game of survival, planning, resource management and problem-solving” in which your ultimate goal is to lead a band of five survivors to safety. I got the chance to ask lead programmer Logan Booker and lead designer David Kidd a few questions about the game.

GT: How would you describe Zafehouse: Diaries to someone who has never heard of the game?

David Kidd: We generally describe it as a tactical, text-based, roguelike survival game. But because it’s not really like anything else out there, it can be difficult to anchor the game to a particular genre. Players come to the game with different expectations and experiences, and it’s always interesting to see how they respond to it.

GT: When most people hear “zombie game”, they think of a first-person shooter. What made you decide to go in a different direction with Zafehouse: Diaries?

Logan Booker: We felt that there weren’t many zombie games out there that really got what the genre is about — the survivors. With Zafehouse: Diaries, we wanted to focus on the relationships between the survivors and the pressures of their situation, rather than slaughtering hordes of undead. So we combined the typical aspects of a survival game — scavenging resources, barricading locations, modifying equipment, etc. — with mechanics that create tension between the characters of the player’s group. You also don’t start the game with a team of crack commandos. The characters come from all walks of life and it’s up to the player to do their best with what they have.

GT: What are the biggest differences between this title and the original Zafehouse?

David Kidd: The original Zafehouse was a simpler strategy game. It was more open-ended, with a stronger focus on resources. Aside from the diary interface, Zafehouse: Diaries is bigger in almost every way — a larger town, more ‘stuff’, dilemmas, objectives and atmosphere. It also focuses more on survivor interactions and customization.

GT: Did you take inspiration from any other games in the development of Zafehouse: Diaries?

Logan Booker: A Sharp’s King of Dragon Pass was a big inspiration. I loved how the player was somewhat at the mercy of their governing council (or “Ring” as KoDP calls it). These characters are elected from the player’s tribe, but you’re not always going to have a bunch of people that are excellent at what they do. Some might be too old, or not intelligent enough, again, it comes back to doing the best with what you have. We also liked the many decisions KoDP throws at you and how those decisions go on to shape the rest of the game. We do this in Zafehouse: Diaries with what we call “dilemmas”. These dilemmas almost always present the player with a “Sophie’s choice”, forcing you to pick from the lesser of two (or three) evils. This can be confronting for players, but once you adjust to the fact that it’s unlikely you’ll make it to the end of a session with everyone alive, it becomes easier to sacrifice a character or two for the good of the party.

GT: Zombies aren’t the only threat in Zafehouse: Diaries. Can you describe some of the other challenges players will face?

Logan Booker: The biggest threat to the player’s characters are easily the characters themselves! If the player doesn’t keep an eye on their relationships, you’ll see them have arguments, fail to work together effectively and even fight one another, causing serious injuries. At first you might wonder why, in the face of a zombie apocalypse, these characters don’t put their differences aside. Unfortunately, that’s not what happens in the genre — the survivors almost always find a reason not to like each other and inevitably, it’s these internal conflicts that result in the characters’ downfall. We wanted to replicate that in Zafehouse: Diaries.

In terms of external factors, there are a great deal of non-zombie threats the player will have to face, including unruly mobs out for blood, fanatics taking refuge in the church, finding car parts to repair an escape vehicle, disgruntled survivors poisoning each other’s meals, deciding what to do with a bitten girl and many others.

GT: Can you give us a brief overview of some of the main features of the interface?

Logan Booker: At the core of the game is the diary, where all the action is presented in the form of text and photos. This is where the player gets most of their information regarding current events. Then there’s the victory item screen, where important notes, items and other critical objects are kept to let the player know how close they are to winning a particular scenario. The map screen shows the town and allows you to set orders of the survivors, be it cleaning up corpses, cooking a meal or searching for equipment. Finally, there’s the relationship screen, where you can see how your survivors are getting along (displayed via a coloured pentagram), view their backgrounds and seed rumours to try and improve how they feel about each other.

GT: A major focus of the game is the interactions between the survivors. What were your focuses when developing the relationship mechanics?

David Kidd: Managing interactions between actors is definitely challenging. One of Chris Crawford’s most interesting games – Siboot – takes a stab at this (and Crawford is also exploring this in some upcoming projects), but it’s not something you see too often, which means there’s not really a good model out there. It’s fertile territory, which can be good and bad.

Part of the reason we don’t see it too often is because it places a fairly high cognitive load on players to figure out relative relationship strengths and how relationships might change in response to future events. Our response was to simplify the model down to two things: who currently likes who, and what prejudices they have that might effect their relationship in the future. This can be easily represented by the “pentagram”, which is a reasonably convenient way to get a snapshot of your survivors.

These simple two-way relationships then get factored into hundreds, or even thousands, of calculations every turn. Survivors who get along do well, those who don’t will struggle to get anything done. And if there’s a prejudice between the two, then negative events have a greater impact.

GT: Is there a “formula” for success in Zafehouse: Diaries, or does the game accommodate different survival strategies?

David Kidd: There are some general strategies that successful players use for the scenarios. Deadline, where you’re racing against the clock to find the rescue point, lends itself to a hit-and-run style of raiding and looting. Road Kill can be approached differently, depending on where the vehicle is. No Survivors is fascinating — players find all sorts of ways to stay alive.

But ultimately, successful players are really good at making the most of the hand they’ve been dealt, rather than trying to force one particular strategy. And they always keep their pentagram green!

GT: Each adventure in Zafehouse: Diaries is procedurally generated. How much does the experience vary from one playthrough to the next?

David Kidd: It depends a lot on the scenario and starting conditions, as the layout of the town (including what buildings appear), characters and their backgrounds and item placement are all generated at the beginning of each game. If you start with a carpenter and some tools, then you might want to quickly barricade your starting house while it’s quiet, giving you a secure base to branch out from; if you start with a police officer, an athlete and a few weapons, maybe do some quick raids on a store and secure a stash of food. These early decisions can have a huge impact on how the rest of the game plays.

GT: The game is currently single-player only. Are there any plans for cooperative or competitive multiplayer in the future?

Logan Booker: Making Zafehouse: Diaries single-player was part of the core design — we wanted to focus on making sure the game was the best experience it could be for a lone player. While we’ve had requests for multiplayer, we feel it would compromise the feel of Diaries. It also presents a significant technical hurdle.

GT: What’s next for Screwfly? Have you put any thoughts into future projects?

David Kidd: At the moment, we’re concentrating on the Steam release, and we have an update coming up shortly. We do have some projects bubbling away, but we’re not ready to announce anything.

If Screwfly Studios’ strategic, survivor-driven survival game sounds like a pleasant change from the generic zombie shooters that we’ve all grown to know, Zafehouse: Diaries is now available on Steam, GOG, and directly from the game’s website for $9.99. Want to know more? Visit the website, try the demo, and look out for our upcoming review of Zafehouse: Diaries. 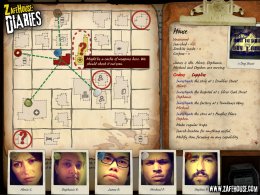 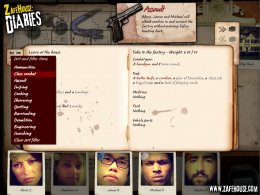 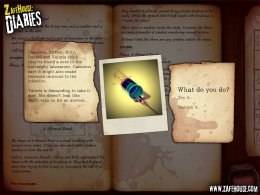 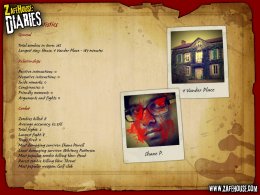 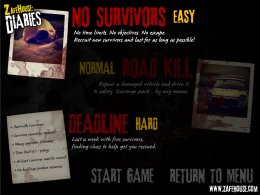 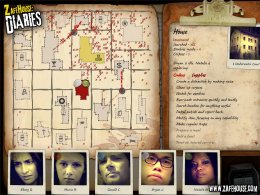 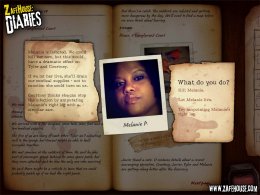 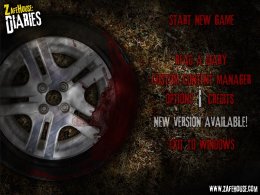 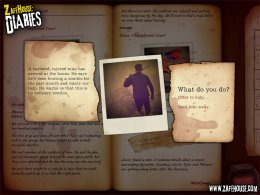 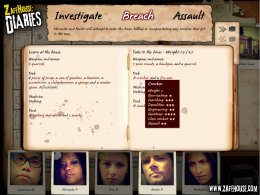 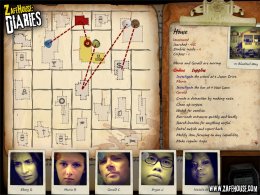 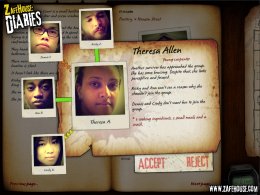 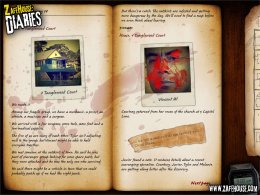 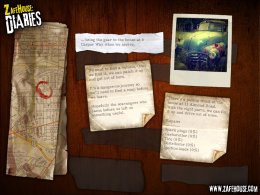 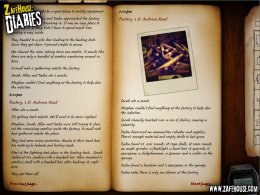 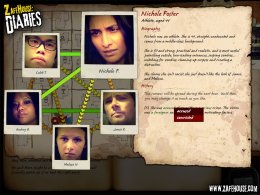 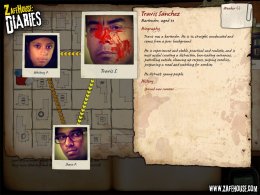 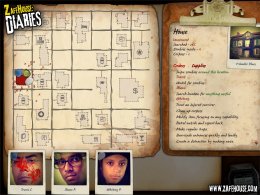