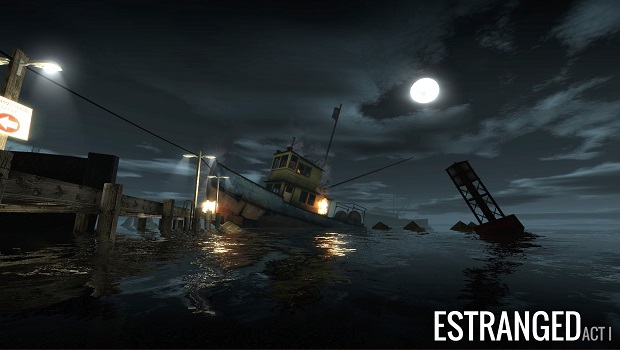 Every indie developer got their start somewhere, and for many of them that starting point was in modding. Established developers like Valve and Bethesda make development tools and documentation available to modders, who then get all the experience and advantages of working with a sophisticated suite of tools without the hassle and difficulty of developing them from scratch. It’s an effective strategy; Half-Life 2 mods have eventually spawned standalone titles like Chilvarly: Medieval Warfare and Dear Esther. There are entire websites dedicated to keeping track of popular mods, and if you follow them then you might have heard of Alan Edwardes’ HL2 mod Estranged. Estranged is an atmospheric, story-driven adventure title currently in beta. For this week’s Humble Mumble, I got the chance to ask Alan a few questions about the game.

GT: How would you describe Estranged to someone who has never heard of the game?

Alan Edwardes: Estranged follows the story of a lone fisherman stranded on a mysterious island, trying to find a way back home. Featuring danger, intrigue, and encounters with the island’s (sometimes deadly) inhabitants, Estranged aims to provide a fun and immersive playing experience.

GT: Did you start modding with the intention of making a game, or did the idea for Estranged come later?

Edwardes: Estranged started with my first ever map for Half-Life: 2 (still available here), called “Splooshe”. I eventually extended that, adding a character to explain a bit about what had happened on the island. I really enjoyed making that, and decided to evolve the small idea into a much bigger idea, and thought up the backstory of Estranged.

The layout of the very first section of Estranged is still pretty much the same as Splooshe, with a few graphical and gameplay tweaks.

Estranged: Act I (Beta)
GT: Is there any reason you chose Source over other game engines?

Edwardes: I didn’t chose Source because of the engine, I chose it because of the content. With the Source SDK you get a plethora of models and textures to work with, so you can start constructing your story – you don’t have to worry about getting assets made because they’re already there. The tools are also extremely easy to use for a beginner.

If you have the most complex and powerful game engine in the world, it’s useless if you don’t have the content to build a game with. Similarly if you can’t use the tools, it’s just as useless.

I got told off a few weeks ago for calling Estranged a “total conversion” mod on the grounds that we still use a lot of Half-Life: 2 content still. It seems people do notice the re-use of assets across games, so we’d really like to replace everything, but it’s a big job. We are creating more and more of our own content though.

GT: Is Estranged inspired by any other games or Source mods?

Edwardes: My first map was inspired by the very first map in this E3 demo for Half-Life: 2. It got me really interested in trying to make something and re-create that kind of atmosphere. Another, more glaring example of a section inspired from another game is this level, which pays homage to the Mirror’s Edge storm drain level. We have also explored ideas from a lot of other games though, including Half-Life, Mirror’s Edge, Portal and Dear Esther to name a few.

GT: You’re planning to release Estranged in three acts. How much gameplay can players expect from each?

Edwardes: We’re aiming for around 1 and a half to 2 hours for each – so not as long as some mods out there, but long enough to fit a story into.

GT: What do you think makes Estranged unique from other adventure/zombie games?

Edwardes: Our focus isn’t on being a gore-driven, zombie-murdering shooter – we’re trying to tell a story. Our infected humans are ancillary to that goal, but still play an important role in the game.

GT: What has been the most challenging part of developing Estranged?

Edwardes: At the start it was learning the tools, and learning about what the Source Engine can and can’t do. It has become more and more about just not having the full codebase to work with, and as we’re pushing the engine to its limits we’re finding that there are issues inside the engine that we can’t fix, as those parts are closed source.

It makes total sense from Valve’s perspective, however it is still very frustrating when those problems occur. I still don’t regret picking Source though: I couldn’t have started without the Half-Life: 2 content, and there would have been no Estranged!

GT: As of now, Estranged is going to be translated into more than 10 languages. Why is it important to you to offer so many language options?

Edwardes: I watched a bunch of playthrough videos on YouTube of Estranged being played by people with either English as a second language or no English comprehension at all – adding support for different languages was important to me because it helps those people benefit from the story too.

Since quite a lot of the story in Act I is contained within computer screens and in-game written media, it was also important to make that as understandable as possible. After all, as this project is free, our goal is to get as many people playing and enjoying our work as possible, and the translations directly contribute to that goal.

GT: The beta version of Estranged Act 1 was released in September. How close are you to the final release of the game?

Edwardes: We’re a few months away yet as there are some fairly large changes we’re making to make Act I better based on feedback, but hopefully it should be around New Years’ Day.

GT: What kind of feedback have you heard from players so far?

GT: What’s next for you? Have you put any thought into future projects?

Edwardes: I would really like to work on a much more lonesome, darker, story driven game, much like Amnesia. To me that kind of game is really interesting, and can give a lot of opportunities to explore a story with collected items, without having to illustrate it with big, complex levels.

The game has made a lot of progress since its humble start as a Half-Life 2 map. Christiaan Bakker joined the project earlier this year, working on art, sound, and writing. Alan and Christiaan have since had help from a number of other contributors, and listed Estranged on Steam Greenlight where it has been very positively received. You don’t have to wait for Valve to make a call to play the game, though; the beta is available for free here. Still undecided? Have a look at the screenshots below, and look out for our upcoming preview of Estranged.

UPDATE: Estranged has been officially Greenlit by Steam! 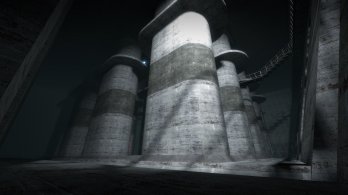 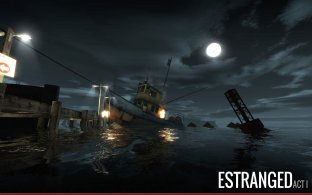 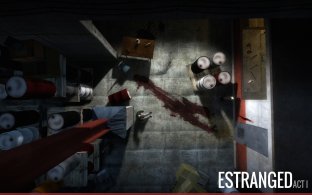 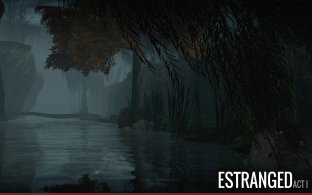 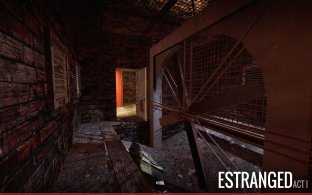 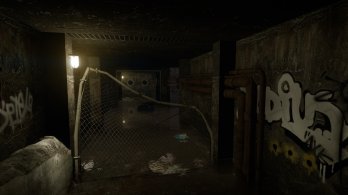 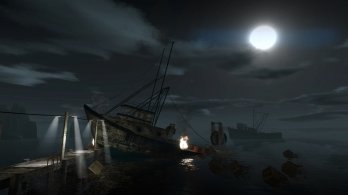 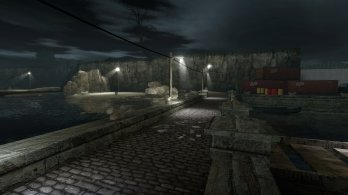 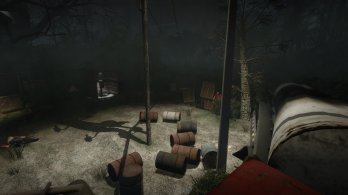 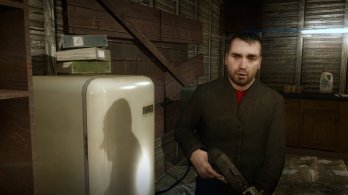 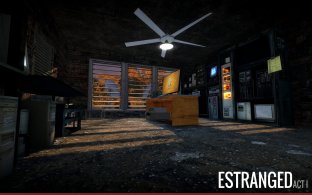 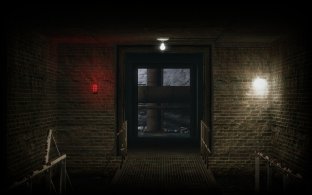 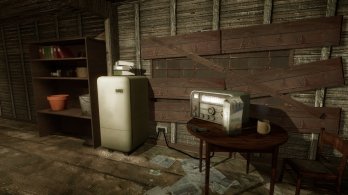