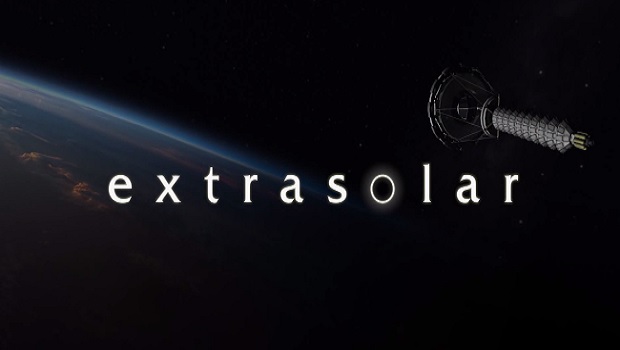 Millions of people have childhood dreams of being an astronaut; for most, seeing Gravity or playing Mass Effect is the closest they’ll ever get to space exploration. I, on the other hand, have been exploring another planet for about two weeks now. Okay, not really. But I have been playing Extrasolar, which is described by developer Lazy 8 Studios as more of an “interactive experience” than a game. Having spent a fair amount of time with it, I’d say that description is spot on.

“Extrasolar is a browser game, but it’s a browser game like no other.  Players take control of a rover on a life-harboring planet that they’re tasked to explore, one unique stunning photo at a time,” Lazy 8 Studios’ lead artist Brendan Mauro explains. “And when I say unique I mean it; each photo is generated on the fly by a high-fidelity graphics engine on our servers, which are running a real-time simulation of the planet, its day-night cycles, weather, etc.”

As mentioned earlier, Extrasolar isn’t a traditional game; rather than progression being based on levels or score, it’s based on discovery. The more of the planet Epsilon Prime you explore, the more of the story you’ll discover and the closer you’ll come to unraveling the conspiracy. “It is something akin to classic adventure games like Myst and draws lots of influence from ARGs, and at the same time is something completely different,” Mauro says.

“As a player you don’t have a separate avatar; you play as yourself, and the game sort of becomes part of your daily life, not something you sit down and play for a set period of time.  The line between fiction and reality can get blurry as you play,” he continues.

Wondering how Extrasolar keeps players “on track” without a strict structure or level hierarchy? It’s a question I had myself, before I realized just how immersive the game can be. Mauro tells me that the number one way they keep explorers involved is by “making sure it’s always interesting.”

“We try and deliver story content and side missions at a steady rate, and there’s always more of the environment to explore.  We have in-game characters send you email reminders when there’s new things for you to look at, which of course you can turn off if you find annoying,” he explains, adding that the real-time nature of the planet’s simulation doesn’t mean you’ll miss out if you take a break. “The story progresses at your own pace, so you never miss anything by being gone for a day or week.”

The core part of “playing” Extrasolar involves directing your rover to different areas of the planet Epsilon Prime and taking photos for analysis. These photos are a key part of the experience, and help differentiate Extrasolar from pretty much every other browser-based game out there. “The goal was to come up with a way to show that there’s an untapped potential for browser games to be so much more than cartoony, abstracted slot-machine simulators,” Mauro explains.

The theme of Extrasolar actually arose from this desire to do something more graphically. He continues, “Rob, the lead designer, has a graphics programming background and wanted to come up with a way for a small indie studio like us to deliver photo-real graphics over the web.  Given the non-realtime constraint, space exploration seemed like a perfect fit and was a theme that intersected with a lot of the team’s personal interests.”

Mauro tells me that putting together software and hardware capable of generating these images has been one of the biggest difficulties for the Extrasolar team. “I think the biggest challenges have been with the technology we developed, since no one has really done anything like this before,” he says.  “We weren’t even sure if doing something like this would be monetarily feasible, and two or three years ago it wasn’t.  No one was offering servers that had the rendering hardware we needed at a reasonable price until just a few months ago.”

“The other challenge was culling down everything we wanted to do with the game into something that was feasible to make.  We have all manner of grand plans on the back-burner for more content in the game, more side missions, more science, alternate storylines, etc.,” he continues. “With that said we’re pretty happy with what we’ve managed to put into the experience so far, there is no shortage of content and we’re constantly working on it and adding things here and there to flesh it out further.”

The Extrasolar team has also taken steps to make sure than the science and technology featured in the game are at least plausibly based in real-world scientific possibilities. “Most everything we came up with is at least based on theoretical or real science.  Epsilon Eridani is a real star with confirmed planets.  We have explanations for the geology of the terrain, how we’re able to send a signal to a planet 10 light years away and get a response in 4 hours, etc,” Mauro explains.

“The area you’ll see the most science, though, is the biology of the life you find.  We had a real biologist, Jane Van Susteren, do the majority of the science writing in the game, and even decided to include her as a character because we loved how her personality came through in what she wrote.”

Having spent a considerable amount of time with Extrasolar, I can vouch for there being a good amount of content and a surprisingly engrossing storyline. So perhaps it’s not surprising that feedback from other players has been “overwhelmingly positive”, according to Mauro. “Usually people are asking for more features, more content, etc which is a good sign that players like your game and are playing it a lot.  There’s also a lot of surprised reactions to the sign-up process, which right off the bat is a little more than what it seems,” he hints with a sly smile.

Mauro answers with an enthusiastic “Absolutely!” when asked whether explorers will have their wish for more content granted. “We planned the game as a trilogy, and what we have out now is just part one.  We’re starting to lay the groundwork for part two now and will probably go into full production on it once the launch-and-promotion storm blows over.”

A lot of gamers are weary of browser games thanks to Facebook, but make no mistake; this is no Farmville. Extrasolar, with its atmosphere of exploration and anticipation (or unease, depending on just what you uncover), is something different. Mauro hopes that playing a game that encourages exploration and curiosity about worlds other than our own might have a further reaching impact.

“We made the game for a lot of reasons, but one of them is that we think science and space exploration are very important to the future of humanity.  We wanted to make a game about this that anyone could play and get excited about, because there’s some really amazing things NASA and others are doing right now in our own solar system and with some more public support they could be doing so much more!”

Reconsidering your career as a space explorer? You can learn more about Extrasolar here and sign up for your own rover here.

Breanna has been gaming since infancy, if gnawing on an unattended controller counts as playing a game. One of the younger members of the Gaming Trend family, she dabbled in PC games as a kid but wasn't fully consumed by the hobby until the sixth generation of consoles. Now an avid PC and console gamer, she looks forward to the day when she can scape together enough cash to join the next gen club. In the last week of middle school, a math teacher taught her how to program a calculator; she was pretty much hooked then and there. Currently working towards a degree in Computer Science and Applied Math, Breanna hope to someday make games instead of just writing about them. Other hobbies include playing guitar, binge-watching Netflix, and cooking delicious food.
Related Articles: Extrasolar
Share
Tweet
Share
Submit