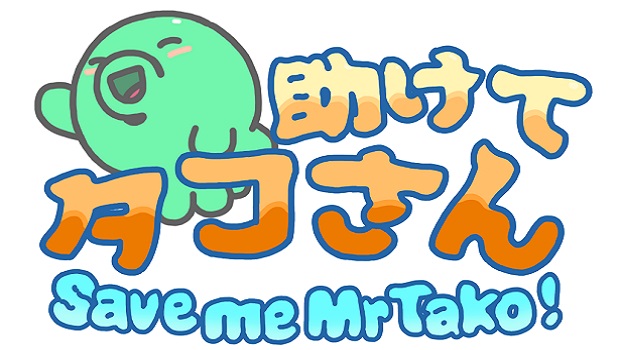 Last month, Nicalis announced that it will bring Save Me Mr. Tako: Tasukete Tako-San to the Nintendo Switch and PC later this year. After the game’s debut at PAX West, we got to talk with the developer of the game, Christophe Galati, regarding development of Save Me Mr. Tako, its inspirations, and some hidden references within the game.

So Save Me Mr. Tako is based on the good old Game Boy days. What inspirations from that era went into development for the game?

I started the game for [the] Game Boy 25th anniversary, and tried to take inspiration in all the games I loved in this era. The main references were Kirby’s Dream Land, Zelda Link’s Awakening and Metroid II. I also loved game like Final Fantasy Adventures and Survival Kids. For the Story I was inspired by games like Final Fantasy VI, but also books like Nausicaa and the Little Mermaid.

The game evokes memories of Kirby’s Dream Land for me, especially with the four-color palette. How do you think games like Save Me Mr. Tako benefit from this nostalgia?

In my opinion, things that work in the past can still work today, and a lot of these ideas deserve a modern take. Kirby is one of the main references, because Kirby [games] are great games, and I haven’t seen this kind of world structure with hubs and doors a lot in neo-retro indie games.

I haven’t been this excited about a game featuring an octopus since Octodad. How did you go about creating the protagonist for the game, and do you like takoyaki?

Of course I love Takoyaki! In fact I got the idea of the game when I ate Takoyaki for the first time. I visualized an Octopus with a sword. I wanted to gave him an iconic pose, like in the old games; this was the year of the Game Boy,  it all mixed in my head and I was ready to go for 3 years of development!

Are there any little throwbacks or references we should expect while playing Save Me Mr. Tako?

There are many references and Easter eggs in the game. Most of them referenced retro games: for example, the first weapon is the Bow, like in the first Zelda. But you will also be able to meet characters from modern indie game, like when you were able to meet Kirby and Mario in Zelda Link’s Awakening.

What was your favorite part about making the game?

Seeing the story and the universe I wrote becoming more alive year after year. The project was ambitious, and all the pieces finally fit together. I’m happy to have been able to tell all the things I wanted.

In an earlier interview, you stated that the game was in development for Wii U before ending up on the Nintendo Switch. Were there any difficulties in making the transition between Nintendo consoles?

In fact, the Wii U port never started. It only made me work on the Unity 4.3 version (the one with the Wii U port option at that time) during a very long time, so I missed a lot of Unity 5 new features. So there wasn’t a transition, but porting to Switch was easier than I thought it would be thanks to Nicalis’ support.

It seems like platformers are all the rage on the Switch nowadays, with games like Slime-San and Sonic Mania being a perfect fit for the console/portable hybrid. What excites you most about developing for the console?

I’m a huge Nintendo fan, and a happy Switch owner, being able to release my game on this system is like a dream come true. For me, the Switch will become the new promised land for Indies (as the Vita was). I can’t wait to see my little baby octopus alongside so many great games on the Switch.

Were there any difficulties trying to emulate classic graphics onto modern hardware?

In terms of design it means a lot of things. For example, [the] Game Boy couldn’t handle rotations or zooming, so I had to animate my sprite the old fashion way, frame by frame (I used Microsoft Paint). One of the main issues was to achieve the Pixel Perfect [look] in Unity, which is one of the reasons many game developers prefer Game Maker for Pixel Art games. I understand how to fix it a bit too late in the development, so it became even harder, but we managed to fix it somehow.

Nicalis announced that it will publish the game later this year. How was working a deal with the company, and what do you think about the increasing presence of indie titles coming to the Switch?

I started to talk to Nicalis back in 2014. I sent them the first demo of the game and asked for feedback. I wasn’t expecting anything at that point, but they answered and told me to keep them in touch with the development. Then I sent them gifs every month, and we ended up meeting at Tokyo Game Show, where they came to my booth to try the game and meet me in person. Then we negotiated a contract and we signed in May, just before BitSummit. I’m really happy with the Switch becoming the new heaven of Indies.

2017’s been a great year for games in general. What have you been playing recently?

It won’t surprise you but this year I played mostly on my Switch. So I enjoyed the main Switch games (Zelda, Arms, Splatoon 2…), but also the indies that were released on it. Can’t wait for Hollow Knight and Owlboy.

Finally, are there any last words you’d like to say to our readers, such as future news or words of encouragement?
Thank you for the opportunity. I hope you’ll like the game when it will be out, and that it will inspire you. I was 19 when I started the game, so if my experience can give people more determination to believe in their dreams, it will make me happy.

Save Me Mr. Tako will be released on Switch and PC later this year. Stay tuned for more news here on Gaming Trend.