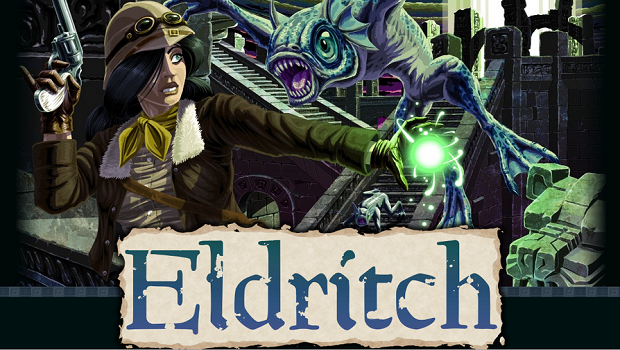 Making a roguelike that successfully straddles the line between enjoyably challenging and annoyingly challenging is no easy task. Accomplishing this with a team of just two people? Downright impressive. Minor Key Games is an indie studio founded by twin brothers Kyle and David Pittman. The brothers worked separately on a number of AAA projects before coming together last year to do their own thing. The result? A Lovecraftian action roguelike called Eldritch, released for PC, Mac, and Linux last year. I got a chance to ask David a few questions about the game and his experience as an indie dev.

GT: How would you describe Eldritch to someone who has never heard of the game?

David: Eldritch is a first-person action game inspired by roguelikes, immersive sims, and H. P. Lovecraft. It’s the first game I made since leaving AAA game development and starting an independent company (Minor Key Games) with my brother Kyle. Eldritch is available on Steam and at eldritchgame.com, for Windows, Mac, and Linux.

GT: Eldritch has clearly taken some inspiration from H.P. Lovecraft’s works. Are there any other novels, games, etc. that have influenced the game?

David: Eldritch’s gameplay was influenced by the loosely-defined immersive sim genre, which comprises a wide range of first-person games from Thief to BioShock to Gone Home. For me, the core principle of immersive sims is player choice: giving the user a stream of interesting decisions to make, so that each player experiences their own version of the game or takes away a different meaning from it.

In addition, the fluidity of player movement in Dishonored was inspiring to me, and the world structure of Eldritch has a lot in common with Spelunky, another action-oriented roguelike game.

GT: Eldritch is usually described as roguelike, or some variation thereof. How do you think it differs from other games in that genre?

I conceived of Eldritch’s unique combination of immersive sim gameplay and roguelike tenets while revisiting classic games like Deus Ex. I love that game, and I think it has fantastic mechanics, but I’ve played it so many times that I know the levels by heart. I imagined an evergreen game with similar mechanics but an infinite supply of unpredictable levels, and Eldritch was my attempt to make that a reality.

GT: Is there an “optimal” approach to do well in Eldritch, or is it adaptable to different play styles?

David: My intent was that Eldritch could be played in many styles, and that whatever the player chose to do would be a valid and feasible way to play. Broadly, I wanted to support combat and stealth play styles, but there is also a more subtle spectrum of styles within those categories. Nevertheless, I was surprised by some of the responses; one of the powers which I thought was mostly worthless ended up being a favorite for many players.

GT: Did you plan from the outset to add new content to the game after launch? Will Mountains of Madness be the only expansion, or are there others in the works?

David: Although I built Eldritch with expandability in mind, I didn’t decide for certain to add more content until after the initial launch. There’s no shortage of Lovecraft stories for inspiration, but I’m currently working on something new and don’t expect to make any more Eldritch expansions. I do hope to release the source code, scripts, and tools for Eldritch later this year, so the community may still add to it.

GT: What kind of feedback have you heard from players? Are you satisfied with the response to the game?

David: The response to Eldritch has been largely positive. Players enjoy the colorful-yet-spooky atmosphere and the fluid movement. The most common complaints were that the game was too easy and too short, which I tried to address with a more challenging New Game+ mode and the free Mountains of Madness DLC respectively.

GT: In hindsight, is there anything you would have liked to do differently with the game? Have you learned anything that you might apply to future projects?

David: When I started making Eldritch, I felt competent and confident in my knowledge as a developer, but I knew I had a whole lot to learn about marketing and PR. In the future, I hope to do a better job of simply letting people know that my game exists! And if I’d had more time and money, I would also have liked to add support for mods (which is something I’ve definitely heard interest in from players).

GT: With so many AAA titles under your belt, what encouraged your move to indie development? Are there opportunities you feel you have as an indie developer that you didn’t have at bigger studios? Would you ever go back?

David: As an employee at a large publisher-owned studio, I had little autonomy over the projects I worked on, or even sometimes the specific work I did on those projects. Over the years, the company’s creative goals and priorities drifted too far from my own, and I was fortunate enough at the time to have the financial opportunity to make the leap to full-time indie development.

With my friends and former colleagues making thoughtful, innovative games like Gone Home and The Novelist, I sometimes wonder if there is an irony in my decision to leave AAA games to make something that (at least in part) resembles what a bigger studio might produce. The actual execution might be quite different, but I can easily imagine the core premise of “Lovecraftian first-person action game” fitting in the AAA space.

But I think the principle of being independent doesn’t have to be bound to any particular kind of game. What matters is that this career path gives me the unique opportunity to make the games that are in me to make. Whether they are innovative or derivative, they’ll be in my voice, and that’s an opportunity that AAA could never provide. And if I decide to do something radically different after Eldritch, I have the freedom to do that.

GT: What’s next for Minor Key Games? Are you working on any future releases?

David: We’re actually working on two new titles at the moment, one by me and one by my brother Kyle. We hope to announce those pretty soon, probably in the next few months. And there may be a few more surprises this year, but nothing we can talk about yet.

While you wait for more news on Minor Key’s latest projects, you can learn more about Eldritch on the official website here or purchase it on Steam. 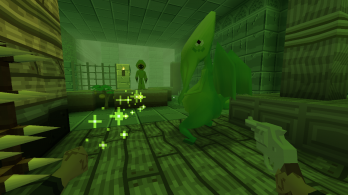 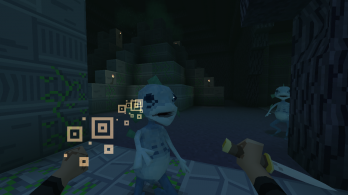 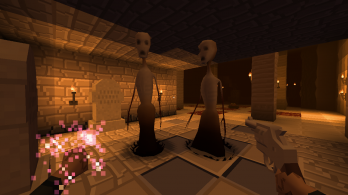 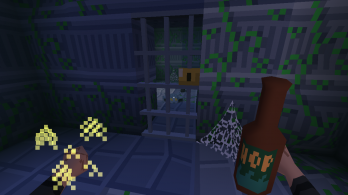 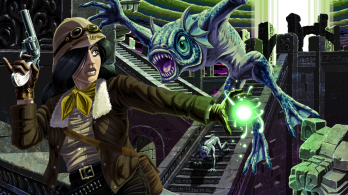 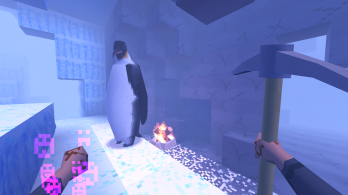 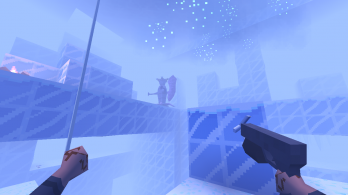 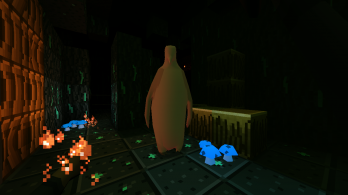 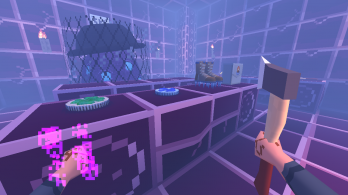