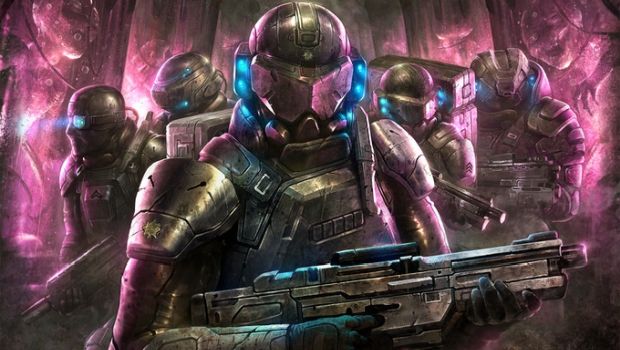 There are times when a game doesn’t get discovered right away, and it becomes difficult to get except by paying an arm and a leg on the secondary market.  Sometimes the game has a license or publishing rights that make it impossible for the game to ever get reprinted.  However, sometimes the stars align and a game will get reprinted, sometimes with updated rules or components.  Privateer Press has had several board games in their library, but their most memorable is likely Level 7 [Omega Protocol].  Privateer Press has known about the demand for the game for a while, and they have created a Kickstarter campaign to bring the game to the hands of gamers again.  To find out more about what is involved with the second edition, I got to ask William Schoonover eight questions.

Have you been surprised at the longevity of the demand for Level 7 [Omega Protocol]?

Not at all. It took the game a few months to find its audience back in 2013, but games of that size and complexity usually need time for good reviews and word of mouth to build. By Christmas that year, the game released in September, all of the reviewers were praising the game and it had a strong following. I think most of the reason that it held its place in the market is the uniqueness of the core mechanics. Most of the comments I still see today recommend the game for its balance between the heroes and game master and how no other game does what it does as well.

Why create a second edition of Level 7 [Omega Protocol] instead of only reprinting the original?

Many elements of the game are experimental, and while most of them went over very well with the audience, there was one element of the core rules that players had a hard time with, the Line-of-Sight system. In this new edition we’re overhauling that part of the core rules. A major change like that makes this edition different enough that we decided it wasn’t just a reprint. Once we decided that we were doing a new edition, we also decided to incorporate player feedback on any of the individual components of the game that were viewed as partially out of balance.

What differences will be found between this edition and the original?

The main differences are in the LOS rules, and in the quality of the miniatures. When we made the original game back in 2013 the factory that we wanted to work with wasn’t as experienced with plastic game pieces. They did a great job on all of the other components, but the plastic minis in the game came out a little less rigid than what was common at the time. Since that original printing, the factory has improved their processes and we are using the exact same molds from the first edition, but getting much less flexible minis.

Beyond those two major changes, there will be numerous errata and balance changes. We’ve gotten feedback on the game for five years, and while the majority of the feedback has been very positive, there have been questions about the intent and clarity of some rules, and balance concerns with a few things. We’ll be incorporating all of that into the game to make it the best it can possibly be.

Will owners of the original game want to get a copy of the second edition?

That depends. Most of the core of the game is unchanged, so anyone who loves the game in its first edition may not feel the need to buy the new edition. The Known Enemy: Bonus Content tier of the Kickstarter campaign was created for anyone that wanted new things to add to the game, but didn’t need to buy another copy. That tier will also come with a second edition rulebook, so anyone at that level will also have the new LOS system.

Where did the idea of the adrenaline system come from?

It was mostly a happy accident. The Level 7 setting is all about survival horror, and we had established that fear was a resource in the first game, LEVEL 7 ESCAPE. I wanted to use an action point system for the commandos so that they had more control over the things they could do on their turn. At the same time I was working on a system for the overseer that didn’t rely on randomization to control enemy power levels. At some point in the development of those two systems, I realized that connecting them made perfect sense. At that point we only had to justify why the commando actions fed the overseer, and fear made the commandos seem a little too weak, so we decided to call it adrenaline.

Have you thought about adding or updating the commandos?

We added two more commandos to the team in the expansion, LEVEL 7 OMEGA PROTOCOL: Extreme Prejudice, bringing the total up to seven. Exploring how the team could grow was fun, and I really like where those two characters ended up. With this new edition we wanted to focus on getting the game back into print, and updating rules. A few of the commando abilities are being updated, but overall I’m very happy with the options that exist for the team. In the future new commandos may come out, but finding niches for them on the team, with how flexibly each of them can be built, would be a challenge.

How did the design of the aliens come about?

Matt Wilson, the owner and Chief Creative Officer of Privateer Press, created the setting and the first few aliens both visually and thematically. He wanted them to look like they could be part of real modern UFO conspiracy theories, but also have a strong horror element. As we were filling out the setting to create Omega Protocol, we dug deeper into what we could do with the enemies. The first creatures; Dr. Cronos who leads the Ghin aliens, the small clones, and the terrifying Fear Hunters represented the Ghin cooperating with the U.S. government in a scientific capacity. The story of the first game, Escape, shows the scientific relationship breaking down and becoming open war. For all of the creatures designed specifically for Omega Protocol, we wanted to show a militaristic side of the aliens, and expand their capacity for fighting. That led us to creating clones and hybrids with integrated ranged weaponry powered in part by their psionic abilities. We also introduced lower level Ghin, to act as lieutenants for the main villain. Lastly, we introduced the reject hybrids, showing just how far Cronos was willing to go to. In the end it was a combination of what would make compelling enemies for the heroes to fight while also staying true to the setting.

Will the be any changes to the Extreme Prejudice expansion from the original?

Some of the adjustments to the core rules in the base game may result in errata for the expansion, but it will remain fully compatible with the new printing of the game.

If you want a “dungeon crawler” but would like something in a sci-fi setting, check out Level 7 [Omega Protocol] on Kickstarter now.  They have a pledge level for anyone who already has it as well as for newcomers.