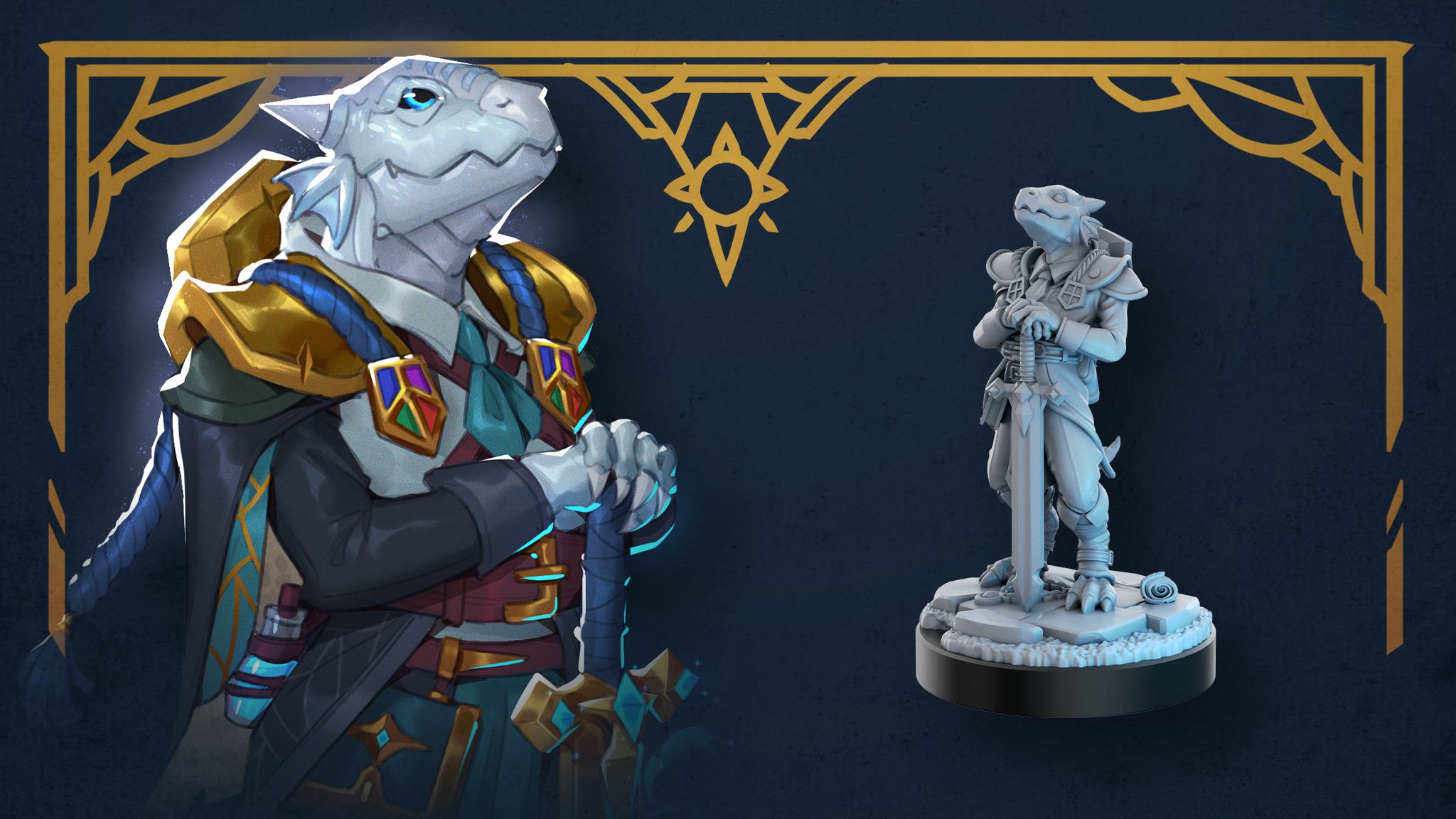 Why create a 5e compatible set of characters with a school setting?

As someone relatively new to 5e roleplaying games, I’ve been dipping my toes into GMing for my friends, but I struggled to find ways to introduce them to roleplaying that they could relate to. Being someone who enjoys anime series based in school settings, that seemed like the perfect place to start. I could use that social learning environment to help introduce the world of tabletop roleplaying games in a way that was super familiar, but would also be a fantastic new-player friendly way of teaching the 5e ruleset and mechanics.

I saw there was rather a large lack of young, playable miniatures on the market though, and as a full-time miniature sculptor I took it upon myself to start sculpting my own visions for these students!

Why create four different sets of houses with three characters?

Great question! That actually came from my own experiences at school where we were divided into different houses. That lent itself really well to the 5e classes, which seemed to naturally fall into house groups.

The houses ended up becoming the foundation of the school setting, with each house getting a dedicated training area and common room. It also paved the way to houses having unique character rules designed to help the classes within, encouraging players to take more risks and get the most out of rolls!

It was really important to us for everyone to be on a level playing field, and to have balance between the different houses. So, there are no restrictions on who can work with anyone else. That said, there are some super fun rules for friends and rivals, where players can pick another player or character as their ‘best friend’ and one as their ‘rival’. If your friend is under attack, you have the ability to go protect them. Or if your rival challenges you to a duel, you get an extra roll to try and get that competitive edge!

There’s also an important element that’ll help early play and newer players, which is the life- saving house badge mechanics. Once per level, you essentially get to reclaim your hit-die in health if you ever have the misfortune to hit 0 HP during your adventures.

As far as synergies go, the biggest is actually our Kickstarter exclusive Professor, who doesn’t belong to any specific house, and is actually a very special level 5 mini-class packed full of spells and abilities to assist the students in their paths. The Professor — or Professor Winkelton, to give him his proper name — might be ideal for a more experienced player, or even for the GM to play as a guide to assist newer players. 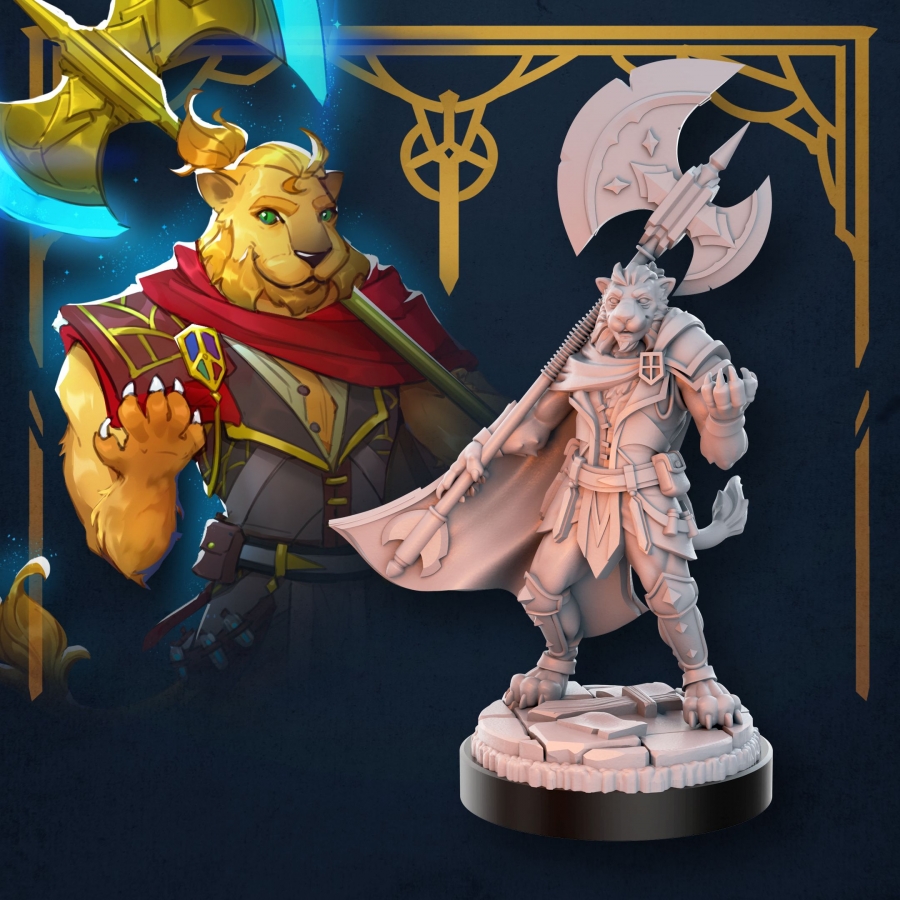 You include a one-shot with the game. Do you give ideas for creating other scenarios for the Adventures & Academia?

We absolutely do! One of the great things about this world is the sheer amount of stories and adventures you can spin. Now the campaign is funded — with over 1,700 amazing backers at the time of writing! — every single pledge makes the expansion of this world even more possible.

Every house has its own history which could all be their own stories and adventure hooks, not to mention the founding of the Academy itself.

Something else we’re excited about is the compatibility with our other 5e products, like Animal Adventures and Epic Encounters. An Epic Encounter could make the ideal school trip. So, stay tuned!

Will there be a community site for others to share campaigns they’ve designed for Adventures & Academia?

That’s a fantastic idea! And certainly something I’d personally love to look into. So much tabletop roleplaying game content is community driven, so providing a platform for people to share their escapades and adventures would be brilliant!

Will most of the PDFs included with the campaign be ready as soon as the Kickstarter campaign is over?

As much as we’d love to release everything as soon as the campaign is over, we’re committed to ensuring that each person who has helped make this project a reality gets the highest quality content that they deserve.

As a result, we won’t be able to provide all the digital content after the campaign ends, but we are hoping to deliver some of it before the physical delivery so people can prepare for their own adventures! 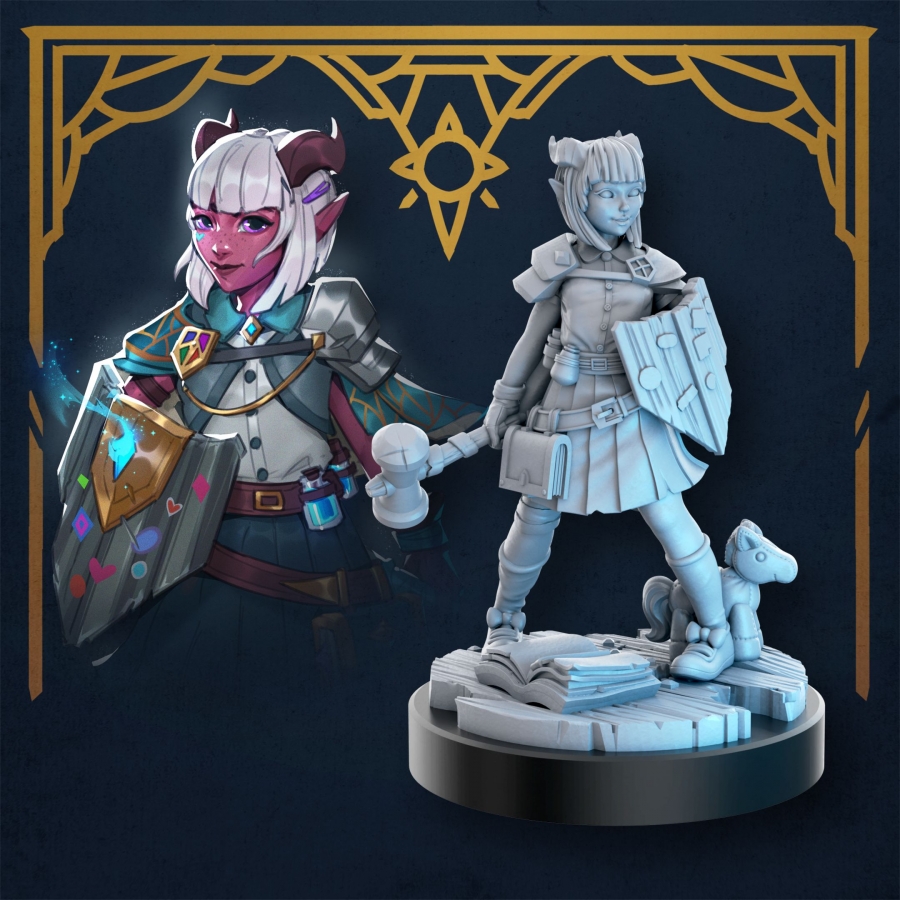 How well will characters from Animal Adventures: Dungeons & Doggies and Cats & Catacombs mesh with this setting?

Like a glove! Both products are 5e compatible and are based on similar rulesets. Because the school houses are 5e class based, there’s no reason why a cunning cat or a divine dog couldn’t enroll at The Grand Academy!

Not to mention that our Easter egg Professor character is a direct crossover from Animal Adventures, with special supporting rules.

Is it possible Adventures & Academia will have other houses form during their upcoming studies?

Certainly possible! I can envision many different ways this could become a reality, including non-combat houses for botany or crafting, for example.

The houses provide the perfect foundation for us to build on and grow The Grand Academy, so who knows what the future holds!

While Wizards of the Coast released Candlekeep Mysteries, a school is a unique setting for a 5e campaign. The miniatures look fantastic, and Animal Adventures has been a well-received campaign.  You need to hurry though, as this is a very short Kickstarter campaign. However, you should be able to late pledge later if you can’t get into the campaign before it closes.