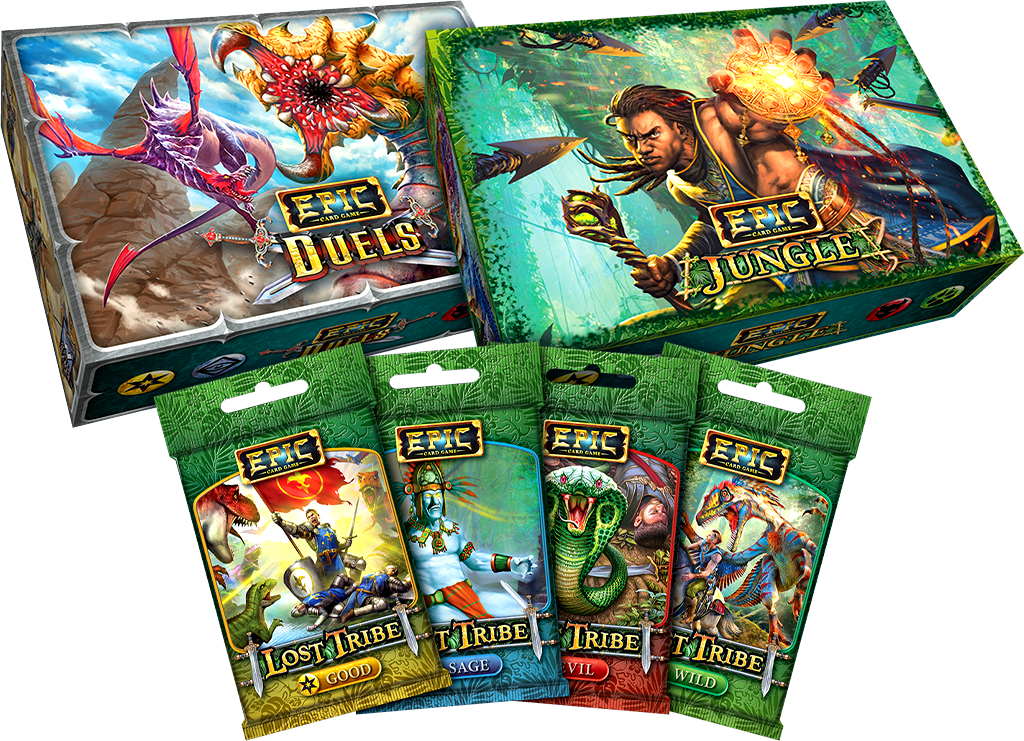 White Wizard Games made a name for themselves with Star Realms.  After that they released another card game in a small box, Epic.  Epic was a new take on Magic: The Gathering style game, but with each card playable every turn players didn’t have to worry about mana screw.  What was particularly surprising was the fact that that you could play it as a sealed deck or draft competition as well.  It’s been a while since anything new has come out for Epic, but White Wizard Games is running a new Epic Kickstarter which has multiple options for newcomers and those familiar with the game.  I got to interview Rob Dougherty to find out more about what’s new in Epic, as well as a surprise for fans of Star Realms.

White Wizard Games started with a huge hit with Star Realms. What was the inspiration behind Epic?

I’ve been a huge fan of Trading Card Games since Magic came out in the summer of 1993. I played casually with friends and completely on the professional circuits for Magic and VS. I loved TCGs, but felt they had two major flaws.

Sometimes you or your opponent would draw cards in such a way that they weren’t able to play the game in a meaningful way. In Magic this is most commonly called a “mana screw” where you don’t draw the land cards needed to play your other cards, so you literally sit there doing nothing while your opponent kills you.

Even in games like VS, where you can play any card as a recourse or Hearthstone where your resources automatically increase, you still have the issue of early game (low cost) cards and late game (high cost) cards. Draw too many late game cards at the start and you can’t do anything because all your cards are too expensive. Draw a bunch of early game cards in a row late in the game and you loose because your cards are too weak.

But occasionally playing a TCG, both you and your opponents draw cards in just the right order such that every turn you have options. You make cool plays and so do they. The game swings back and forth as you wrestle for control. Those games are AWESOME. I wanted to make a game that captured that feeling EVERY game, not once in a while.

Trading card games are incredibly expensive to play. Individual constructed decks frequently cost hundreds or thousands of dollars. The cards need for a single draft or sealed game cost $10 – $20. But these costs have nothing to do with the way the game plays. The components to the game aren’t expensive. Cards are among the cheapest game components to manufacture. They are less expensive to make than dice, boards, or figures. The only reason for the high cost is the random distribution of cards in packs intended to make players buy the same product over and over and over again. With Epic, I wanted to make a game that would give you TCG style play without the high cost.

Epic can be played in several different formats (preconstructed, sealed, draft). Was it difficult to create a game that could handle all these formats?

Yes and no. Because Epic is inspired by trading cards games, those many formats were a natural fit for the game. Balancing the game such that all those formats work properly and are fun is a major task. Fortunately both the lead designer (myself) and the lead developer (Darwin Kastle) are hall of fame Magic players with decades of experience playing multiple different trading card games.

We tested and tweaked the game exhaustively. We would start by playing a format call “Random 30” where you create your deck by literally shuffling your collection and dealing each player 30 random cards. Anytime we found a card to be hard to play, too weak, or too powerful, we would modify it. We did this until every card felt fun and fair in that format.

Next we move on to draft testing to further refine the balance. If there are cards that would be picked before others repeatedly that is a good indicator that more balance tweaking is necessary.

Then we test the cards in Constucted to make sure a verity of decks are viable and none of the cards break the game when you have more control over what they are combined with.

After that is done, circle back around to random 30 and repeat the whole process as many times as necessary to get the set just right. 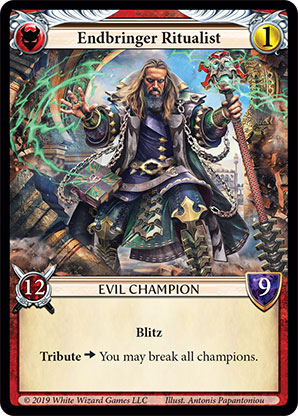 Why move from a high fantasy scene to a more savage or primal world?

The world of Epic is a big place, and with Jungle we are exploring a different part of that same world.

What differences can fans of Epic find in the Duels, Jungle, and Lost Tribes packs?

Duels is a self contained two player set that is perfect for introducing new players to the game. It uses only 4 keywords, so new players have less to remember, and has a player guide to walk players through their first game. We felt the Epic base set is awesome for experienced card players but we really wanted an introductory set for those new to this type of game. All that said, each and every card in the set is a fine addition to an expert Epic player’s collection. I’ve had many incredibly fun and intense games of Epic using Duels.

Jungle is a two player set featuring new abilities. It features some nice additions like scorecards and large two-sided tokens for tacking your gold use. Like all Epic sets, the artwork is amazing and it is fully compatible with all other Epic sets.

Lost Tribe is an expansion that thematically goes with the Jungle set. We are doing something new with these packs making them each contain cards from only one color (alignment). This makes it very easy to play “preconstructed deck” with them. Just shuffle any two packs together and you have a 30 card two color deck ready to go! And of course these cards can be mixed with the rest of your collection for use with Sealed, Draft and Constructed play.

You’ve given several options to support Epic, from the two player sets to the Lost Tribe sealed packs. Was this based on feedback you got?

Yes. One piece of feedback we got was that players wished Epic came with the extra widgets you need to play like a way to keep score, additional tokens, a way to track your gold, etc. This led to us creating the two player sets in a slightly bigger box with those extra widgets included. 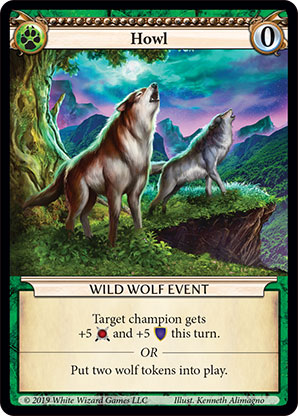 Have you thought about changing the cost model of the game, by either increasing the cost of some cards or adding a second kind of currency?

No, in that the simple “1 gold or free” costing structure is at the core of what Epic is as a game. It allows for every card to be playable from the very first turn of the game and maximizes the player decisions.

You’ve highlighted Star Realms High Alert in your Kickstarter campaign. Were you anxious to get this set out to players’ hands before a new Star Realms Kickstarter?

We have a big, cool new Star Realms set in the works that will have it’s very own Kickstarter, but it will be a while before it is ready. Adding High Alert to the Jungle Kickstarter gives us the opportunity to engage the Star Realms Kickstarter community now, and of course create additional Kickstarter exclusive content.

Do you have a favorite format to play Epic yourself?

Yes, Dark Draft is my personal favorite. The one-on-one drafting experience is fantastic. The fact that as soon as your draft your 30th card you just shuffle and play is a really cool feature that is uniquely possible because of the way Epic is designed. Epic Dark Draft against an opponent of equal skill level is the most fun I’ve had playing any TCG or non collectible card game.

There’s only a couple more days on the Epic Kickstarter, but they’ll also have late pledges available as well so don’t be afraid to click that link.  While Star Realms and Hero Realms play similarly, if you haven’t given Epic a look now is a great chance to.