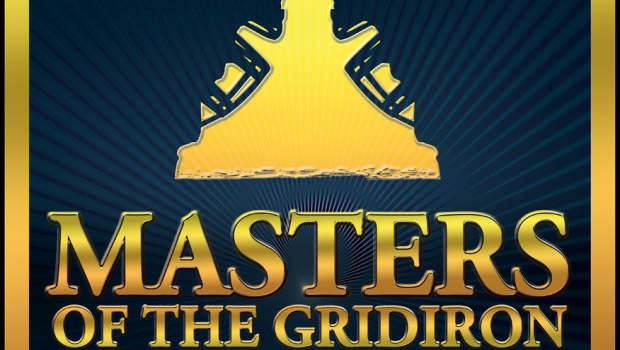 Ah, the Super Bowl.  The culmination of the previous football season, where the two best teams in each conference battle for supremacy.  Unfortunately, once the game is played, you have to wait months to even get something resembling football.  How do you fill in the time?  Connor Milliken thinks he has the answer with his Kickstarter project, Masters of the Gridiron.  I asked him five questions about this football card game.

Why did you decide to become a game designer?

As a child I realized that I loved playing video games so much that I wanted to do more with them. I hadn’t realized I could make it a career until I was in High School, at which point I wanted to become a programmer. When I had gone to college for programming, I quickly realized that I didn’t want to program and I was more interested in the design part of video games. After just one semester, I had switched my major into becoming a game designer and have loved it ever since.

Did you try to create a football game using something other than cards before coming up with this design?

Before we created “Masters of the Gridiron” we had already created Football Mogul, which is a football simulation computer game. With this game we were able to program all of the stats to output into numbers for our ratings on the cards that you see in the card game.

How did you come up with the statistics for each of the players on the cards?

As answered on the last question, we were able to re-program Football Mogul to output the stats within a computer program. This gave us precise statistics to use because all of the ratings are based on the stats of players from the previous season.

While you aren’t using the team names, you are using the real player names. How are you able to use them without getting into trouble from the NFLPA (National Football League Players’ Association)?

This used to be an area of potential conflict, but there is now a court case that confirmed game maker’s rights to use player names and stats without a licensing fee: http://itlaw.wikia.com/wiki/C.B.C._Distribution_v._Major_League_Baseball.

You allow the defense to respond to the offense’s play and player. Do you do that to help balance the offense from scoring too much?

It is actually based on real game play in football. When playing football, the offense always makes the play call and the defense usually reacts to what the offense is doing. The defense play cards allow for some balancing between the two sides as well.

Since every play is either a Field Goal or Touchdown, do you think that the scores can get a little unrealistic?

After testing the game for hundreds of hours, we have found that no game has unreal scores. Due to the way the cards are setup, scoring can come at ease sometimes, but also have some difficulty if played wrong. This allows for some fun games, but they always have realistic scores at the end of the game. Most games are actually balanced too (unless one team is much better than the other).

Will we see some kind of retail release in the future, and if so, how will it be packaged?

Yes, this is a project that we have been working on for quite some time and are happy to be close to selling it retail from our website within the next couple of months. As soon as the Kickstarter campaign is complete it will take about a month or two for the product to be shipped retail on our website. It will be packaged depending upon the order purchased. All decks will include a custom box, made specifically from Sports Mogul Inc. and will include instructions. Play mats will usually be extra; however, this is still being decided.

Do you have plans to use a similar mechanic in other sports games in the future?

As of right now we are focusing on this product because it has been in production for a few years now and we have finally started producing the cards themselves.

It has a lot of good strategy in it, and I like the fact that they have incorporated both offense and defense into the game.  If you are interested in finding out more, check out the Kickstarter page and see if you want to back it.