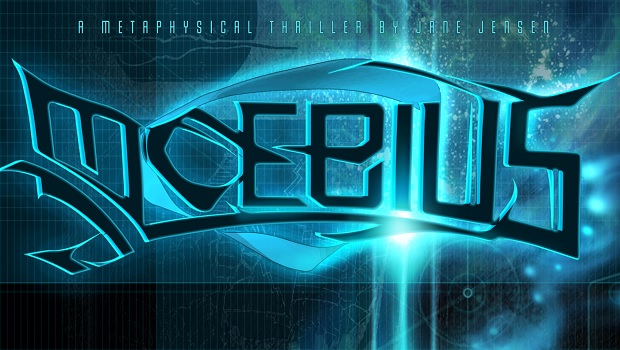 It’s been lauded countless times over the past few years: “The return of the adventure game!” IGN welcomed the triumphant return of the genre back in 2011, The Guardian discussed it earlier this month, and a hundred other outlets have published similar pieces at various points in time in between, attributing the comeback to one set of circumstances or another. With so many claims of classic adventure’s “return” being made before the release of each new entry into the genre, it raises the question of whether this is a true comeback or just a repeated rediscovery of something that never quite went away.

But when asked whether she thinks classic adventure games have seen something of rebirth in recent years, award-winning game designer Jane Jensen, best known for the Gabriel Knight adventure series, doesn’t hesitate to agree. “I think adventure games have [made a comeback]. I wouldn’t necessarily call what’s being done now ‘classic adventure’ in all cases [though],” Jensen notes, quick to add that it would be a mistake to discount the fact that the return brings with it plenty of innovation. “I love Telltale’s The Walking Dead and there have been some very successful story-based titles in recent years, like Heavy Rain, which have helped to reinvent the genre and showcase what’s possible.”

Even Jensen’s own title, Moebius: Empire Rising, might be pointed to as a good example of an adventure title with a twist. She describes the upcoming release from her new studio Pinkerton Road as “a fairly classic adventure game with some unusual history-focused puzzles and lots of dramatic cinematics.”

“Moebius is the first game in a new series so it’s a kind of origin story about the main character, Malachi Rector.“ Jensen describes Malachi as a “genius” when it comes to understanding people and history, but still a “loner”.

“During the course of the story he gets involved with a government agency that wants to use his skill. There’s a metaphysical or paranormal layer to the story that you unwrap as you go along. It has to do with a theory of history and time.” But that isn’t the only additional layer to the game.

“There’s also quite an interesting relationship subplot explored in the game.  So far our beta testers have liked that building friendship the best,” Jensen adds. Like many other recent adventure titles, Moebius is story-driven. Apparently, the gaming press and gamers themselves weren’t the only ones to take notice of the popularity and commercial success of story-based adventure games like the Walking Dead. Set for a PC release on April 15th, Moebius is being published by Phoenix Online Studios whose philosophy is “every game has a story.” Jane Jensen’s work fits right in.

“I have been working with Phoenix Online Studios as developer for the past two years,” she explains. “We started working together because they are a studio that loves adventure games (as do I) and they’re dedicated to great story-based games. So, for that reason, we are a good fit.”

“I haven’t really thought of it that way, but I’d say yes,” Jensen answers, when asked if the bar for storyline quality is higher for indie games than established AAA franchises. “It’s important for an indie game, that is not going to be able to compete with a game that had a multi-million dollar budget for visuals and marketing, to be able to shine in some way.  Story is certainly one way to do it. Gameplay is another.”

Unfortunately, the extra difficulty of getting gamers’ attention isn’t the only challenge faced by indie developers. “Financing is obviously a key issue,” says Jensen. “It’s also been a challenge for us, as a very small studio, to try to do all the business side of things as well as the creative, so partnering with Phoenix Online Publishing to leverage their experience in that realm has been a big help.”

Moebius is far from the first or last game to be financed through Kickstarter, and the crowdfunding platform will likely have a continued role to play in the continued reinvigoration of adventure games. “I think a number of indie adventure games have made it into development because of Kickstarter.  As for where this goes in the future, I think it depends on how well these games sell in the general market. It will largely determine if there really is a future here or not,” Jensen explains, before adding, “ I certainly hope so!”

But Kickstarter isn’t the only marketplace shift that Jensen believes gives hope for the future of adventure games. Like many, she readily admits to being “completely addicted” to her iPad and thinks that the ever-growing popularity of mobile devices presents both an opportunity and a challenge for developers. According to Jensen, who also plans to bring Moebius to Android and iOS, it’s possible to develop for both PC and mobile platforms without sacrificing gameplay quality. “We just stay focused on what will work for either platform and make adjustments as needed to deliver the best gaming experience within the confines of each platform.”

“I think tablets are terrific for adventure games—they look beautiful, work well with touch, and it’s more of a mature, reader-focused audience,” she notes before concluding, “I think there is a lot of potential there.”

With Kickstarter helping developers like Jane Jensen turn their game ideas into reality, indie publishers like Phoenix Online getting those games to market, and mobile devices broadening that market’s base, “a lot of potential” seems like an excellent way to sum up the state of the indie adventure scene right now.