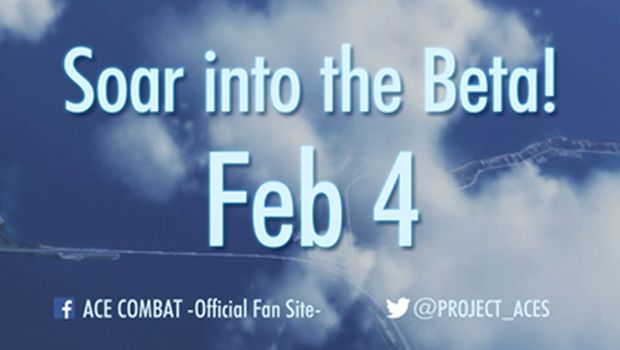 Ace Combat is one of the few franchises of which I am hopelessly (and perhaps worrisomely) loyal toward. I ask for close to nothing for this series to keep me happy. While tuned controls, sharper graphics, and new gimmicks are nice, they’ve never have been what’s kept me coming back. What I love about Ace Combat is what most fans of the series do, a pure and measured blend of fun and skill. It’s not chasing the dragon of hyper-realism, or giving up the ghost and aiming for the lowest denominator. Ace Combat, at its best and worst, has always been about the fun of the game and making you feel like the ace you’d dream of becoming when you zoomed your hand in front you and ran around the yard as a kid..

So where does Project Aces newest online and free-to-play addition measure up to that fine pedigree? Well, that largely depends on you.

When Ace Combat: Infinity was announced this past August, it was also slated for release later that same year. It was an exciting but predictably over-ambitious goal for Namco-Bandai, which peaked with a series of late season Japan-only demo videos of a few fortunate gamers trying out the title’s rough cut. The game not only failed to release anywhere near the advertised window, but outside of a few recurring trailer videos, news for the title largely went dark.

For fans of Japanese games, this type of here-today-gone-tomorrow development cycle is pretty old hat. Even on the journalistic side, information about new entries into even extremely well established eastern franchises is haphazard at best; The Last Guardian, Final Fantasy XIII:Versus, and Hyrule Warriors just to name a few. So, after we rounded the corner of 2013 into 2014 and guys at Project Aces had remained largely mute, I wasn’t surprised when the next I heard about ACI was a new open Beta starting the following week. I mean at that point I was expecting either something sudden or nothing at all, maybe even some news about budget issues and the project being indefinitely shelved.

I was surprised however when even that long awaited taste of Ace Combat didn’t work. Or rather, didn’t even bother showing up on the PSN to not work.

While some of my friends cut Namco-Bandai some slack with the missing Beta sign-up, leaning on the fact this was a Beta where bugs were meant to be discovered and rooted out with the support of your fans, I was not so forgiving. While I was legitimately excited to take down Stonehenge and the Aigaion again, it didn’t change the reality that I had played against them before. Ace Combat: Infinity, like many of the PS2 era titles, was using a considerable amount of recycled content. It wasn’t the kind of situation where, after a six month delay, it made sense to drop the ball, again, and then still not give your fanbase an explanation. Then, when the Beta finally did arrive two days later, it was without any sort of extension of the six day window. So, a four day Beta it was…

Despite this frustrating start, I had to keep in mind that this is ultimately a free-to-play game. It isn’t fair to be so harsh on something still getting it’s legs under it (as short as those legs may be) when I’m not even being asked to pay a single penny to take part in it. So after dusting my wings off with a quick jaunt through the tutorial, I embarked on my first mission.

The first thing a player familiar with Ace Combat will feel as they thrust into their first Infinity mission is intense familiarity. The developers truly cherry picked the best elements of all the franchise’s past to make an extremely balanced and well paced action game. Pulling extremely tight thrust-vectored turns, dancing on the edge of your fighters stall speed to find that perfect angle, or running a 30mm buzz saw through a charging enemy fighter feels as warm and fuzzy as your favorite jacket. Even Assault Horizon’s visual effect of enemy fighters “blood” splattering across your windscreen when the action gets close is included for when your lust to vanquish your foes get particularly macabre. In these regards, Ace Combat Infinity is getting it all right.

However, these are all things myself, and probably many others, knew the Project Aces team  could nail in the dark with someone else swinging the hammer. What the real question is one ACI has still yet to real answer, and that’s what we will be paying for once we start being asked?

When Ace Combat 6: Fires of Liberation released back in 2007, the franchise not only moved away from its long-time home the Playstation, it also took its first stab at DLC, and it was a mess. DLC alone was upward of $120, which was comprised mostly of new airplane skins and altered stats which were vaguely described at best in the Xbox Marketplace. Even then, these DLC’s contained online only DRM requirements removing the planes from your inventory unless an internet signal was detected. Ace Combat’s relationship with DLC did not improve with Assault Horizon, whose fictional F-3 Shinden II “Super Fighter” sits at an enormous $7.99 price tag, even 2 years after the games last and price drop to $25.

As much fun as the series is, it’s price to content ratio has shifted sharply for the worse since entering the HD generation. Ace Combat 5, the favorite of me and many others, contained more than 50 aircraft, including several awesome fictional aircraft which were unlockable in-game with some effort and/or multiple playthroughs. The AC games have been dialing back in this area the more their narrative leaves their unique “Strangereal” universe, and attempts to adopt a more contemporary (but no less unbelievable) Hawkx format. But even if this lack of diversity is to focus on more familiar and newer jets, the most recent fighter count for Ace Combat Infinity by Ace Combat fansite Acepedia tops at near 20 (excluding NPC only aircraft), a daunting difference for game which could very feasibly have an option to pay-per-plane.

Currently, charges seem to be isolated for the purchase of fuel, which is required in order to take part in either the campaign or more rewarding co-operative missions. Fuel burns at a 1-to-1 ratio with missions and restocks by two for every 4 hours passed without playing. You can stock the fuel you purchase as much as you like, but the “supplied” offered up by the game for free caps at the same rate you get it, two units. Considering I never played a mission that lasted more than 10 minutes, you may see how the juice may not be worth the squeeze once the final game drops whenever that is.

The primary thing about this title is outside of the ability to upgrade and personalize your fighter (a feature I have been anxiously waiting for in the Ace Combat series) Ace Combat: Infinity is very much an amalgam of things you have literally already done. These are planes you have flown, enemies you have fought against, and challenges you have overcome before in other games. Yes, the graphics in ACI are considerably better than Ace Combat 5, Zero, or Shattered Skies; but even then they are still miles away from the  razor sharp crispness of its immediate predecessors Fires of Liberation and Assault Horizon. It won’t take long behind this stick of this title before you find yourself wishing you’d could just pay $40 for some sort of Ace Combat HD anthology, or something quirky like AC: Shattered Skies vs the Unsung War. As it stands, this title looks to be just another unnecessary cash-grab and bad bout of PR for the Ace Combat franchise.

Straighten up and fly right guys, we all know you know how.

I've been a huge fan and critic of games and movies ever since I had a voice to speak about them. I love power and influence of great storytelling, interactive and otherwise, and now want to be more than just a consumer. My biggest strength in this regard? Almost every time, I'm fair all the time.
Related Articles: Ace Combat Infinity
Share
Tweet
Share
Submit